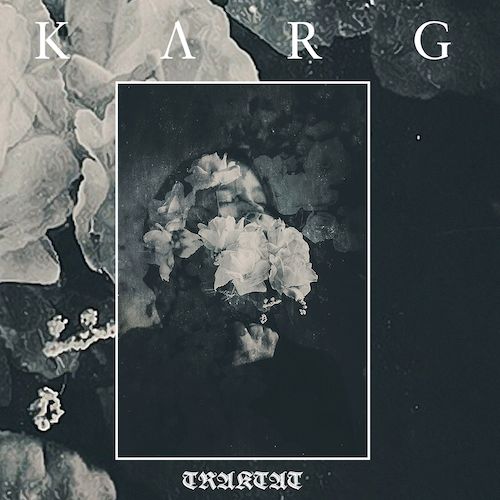 I have a lot to cover today, not counting a big stack of new albums I might mention by way of excerpts tomorrow, as I did last week, so by way of introduction I’ll say only that I grouped the two sets of songs in these two Parts in a purposeful way. Here, there’s a lot of heart-rending distress to be found (among other things). For the most part, what will come in Part 2 is much more… demonic.

For more than a decade, Harakiri For the Sky‘s vocalist J.J. has maintained a solo project named Karg, whose discography will soon include a seventh album entitled Trakat. The first single, “Irgendjemand wartet immer“, was released a few days ago. I think it’s best introduced through J.J.‘s comments about the album as a whole: 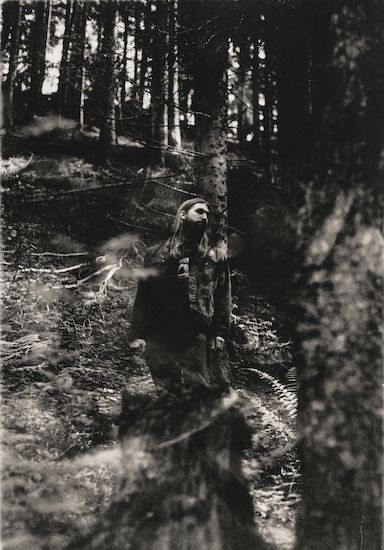 “When I began writing Traktat I was about to explode. Things started falling apart at the very beginning of the year, what left me distracted and anxious till the end of summer. And when doctors tell you that a depressive episode like this will last around or more than six months, without a treatment, then I’ve to agree with them, they are totally right. This, and the circumstance, that I travelled quite a lot this year, trying to run away from a distemper I couldn’t control anymore, is what makes Traktat a very personal album, musically as lyrically. That’s also the reason I wrote much of it on the road.

“I wouldn’t say that the previous Karg releases were less personal, but this one holds a special place in my heart. Also, it’s the last part of some kind of trilogy, which started with Weltenasche nearly four years ago and continued with Dornenvögel in summer of 2018. To me Traktat is some sort of manic depression, which has its ups and downs, loud and quiet at the same time, and with a tailspin like every second minute. Quite a lot to bear, and full of emotions I desperately had to get rid of, as I was exploding anyway.”

Based on the sonic sensations of “Irgendjemand wartet immer” (which include elements of post-rock and shoegaze as well as black metal) you might have guessed the emotions that drove it even without the preceding words. The meditative strumming and bright notes that introduce the song seem… happy… but while gleaming currents of wondrous melody continue to wash across the music, and sparkling arpeggios persistently enliven it, the vocals are intensely tortured and traumatized, and the riffing and drumwork become frantic and feverish. The result is a hybrid experience, both glorious and anguished, mesmerizing and distressing.

Traktat will be released on February 7th by AOP Records. 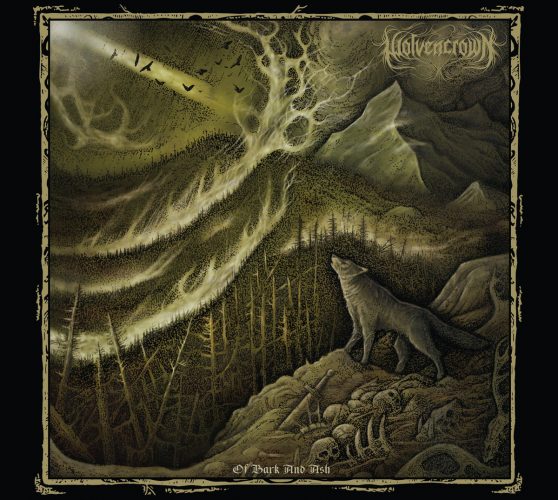 I positioned the title track from Wolvencrown‘s debut album here because it seemed to make a fine follow-on to the preceding song by Karg. That album, Of Bark and Ash, is itself a follow-on to this Nottingham band’s first release, a 2017 self-titled EP (which I’ve not heard).

There is a lushness to the melodies that course through “Of Bark and Ash“, and a sweeping grandeur in keeping with the band’s nature-centric inspirations. Yet those rolling waves of keyboard melody and the accompanying guitar leads have a deeply forlorn cast as well, and the vocalist’s jagged screams, the growling bass notes, and the thundering drum rhythms provide a counterbalance of wrenching angst and inner tumult. It’s an immersive experience, and a heartbreaking one.

Of Bark and Ash will be released on November 22nd by Avantgarde Music, who recommends it for fans of Winterfylleth, Wodensthrone, and Fen.

(Thanks to Miloš for the link to this track.) 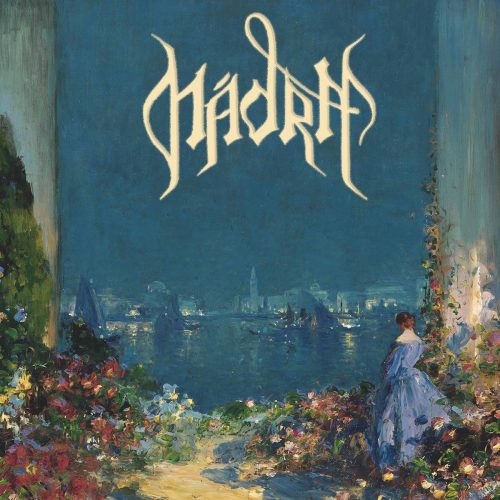 The next song, by the Hungarian band Mádra, who characterize their music as an experimental blend of black metal and doom, also struck me as in keeping with the listening flow of the first two tracks above.

The ringing piano notes and the backing shroud of ambient music provide “Where Once She Stood” with a haunting start, and there’s a spectral quality to the slow-moving keyboard layers and rippling piano refrains throughout the balance of the song. Matched with those ghostly tonalities overhead are heavy, staggering bass notes and methodical drum blows, as well as shattering vocals. The music has an unearthly and sorrowful atmosphere, even when the drum rhythm shifts into a more syncopated and head-moving beat.

Eventually, when the drums kick into high gear and the riffing becomes a deep drilling sound, the music becomes more violent and desolating. The flickering piano notes persist, but sound delirious. The music swells to a crescendo of calamity, and then flies apart in sparks.

The song is one of four on the debut release of Mádra, which is entitled Bittersweet Temptation To Disappear Completely. It will be released on December 8th. The artwork, by the way, is a painting by Thomas Edwin Mostyn (1864-1930).

(And once again, I owe thanks to Miloš for this discovery.) 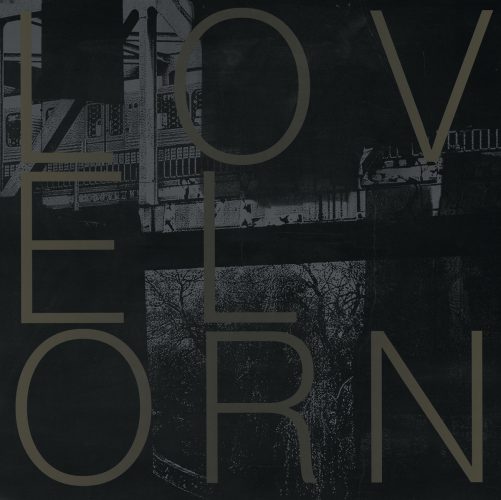 I was quite taken with the 2016 debut album (Thornsmoat) of this Russian band from St. Petersburg, which combined doom-drenched, post-metal shades and furious black metal urgency to create a haunting, tragic, but often beautiful tale (more fully reviewed here). The band’s new album is named Lovelorn, which is accompanied on Bandcamp by a quotation from the writings of Joseph Barber Lightfoot, which in turn seems to be based upon the thinking of a mid-2nd century Gnostic thinker preacher named Valentinius:

“The pleroma is the abode of the Aeons. They are, or they comprise, the eternal ideas or archetypes of the Platonic philosophy. Separated from this celestial region by Horus and Boundary lies the ‘kenoma’ or ‘void’—the kingdom of this world, the region of matter and material things, the land of shadow and darkness.”

The first song revealed from the album is “Kenoma“, and as you might guess from the preceding quotation, it is indeed a dark and devastating piece. The music hurtles forward in a frenzy, driven by deep blasting drums and speedy bass pulsations, surrounded by a wash of intense riffing and pierced by vocals that seem driven mad by pain. The drumming slows here and there, but the wall of hazed guitars remains searing, and the vocals are emotionally fracturing throughout. Only near the end do the guitars ring out their distressing reverberations in near isolation, and somehow that makes this woebegone wildness even more heartsick in its mood.