Word is, that an album named Firebride will be out on February 14, 2020, via Suicide Records. And on November 1st the band premiered an occult-themed pagan video (here) for an advance track (which has been released as a true single) called “Pagan Saviour“. 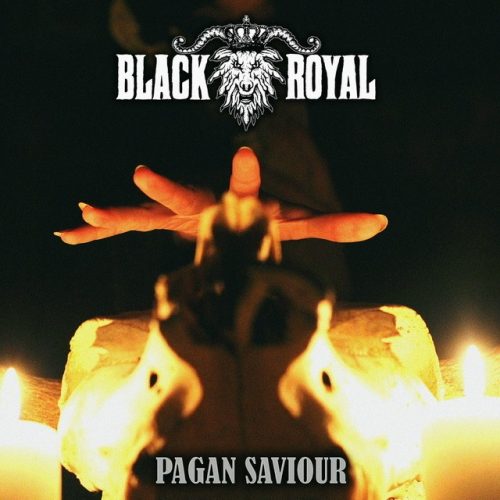 On this track, Black Royal again display a gift for humongous, neck-bending grooves and hook-laden riffs, and pair those here with cold, ominous melodies flavored with accents of witchery and fiery infernal grandeur. The vocalist’s raw, blackened snarls are quite intelligible despite being downright vicious, and there’s a great temptation to shout right along with him, though doing that in church wouldn’t be advisable. If you’re in a place where others might frown over the sight of women massaging their bare breasts with blood, watching the video might not be advisable either. 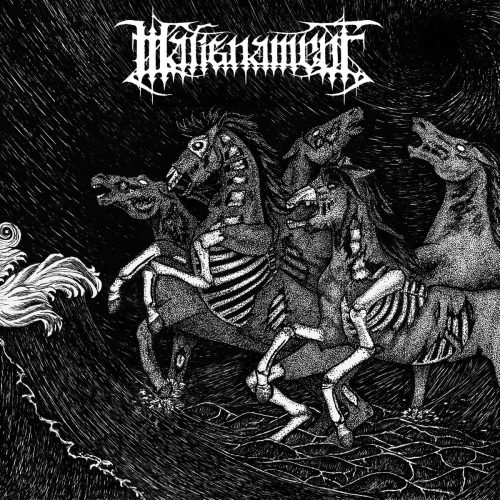 On October 21st the anonymous Finnish band Malignament released a debut demo (Demo I), consisting of two songs: “Call To Arms” and “Wolf and the Moon“. Soon, Worship Tapes will release a cassette edition that includes a third track, “Bloodlust”.

Those two songs already out in the world are electrifying. “Call To Arms” reveals an incendiary and bombastic intensity, with whirling and cascading melodies that really get the blood pumping. The vocals are extravagantly savage, providing a great match for the extravagance of the warlike instrumentals. The band also shift into a more measured cadence, and alter the vocals as well, bringing a measure of gloom and despair into the full-throttle exuberance.

“Wolf and the Moon” is also possessed of an alluring melody, with a more mysterious and mystical atmosphere that’s in keeping with the song’s title. Like the first song, the drum rhythms are dynamic, and the vocals are bestial (also in keeping with the song’s title). As the melody evolves (the adaptations of the core melody are beautifully written), it too becomes more downcast and desperate in its feeling, but the track as a whole is still gloriously spellbinding.

(Thanks to eiterorm for recommending this demo, of which he wrote: “The Finns really know how to embed infectious melodies in their black metal, without making it ‘melodic black metal'”.) 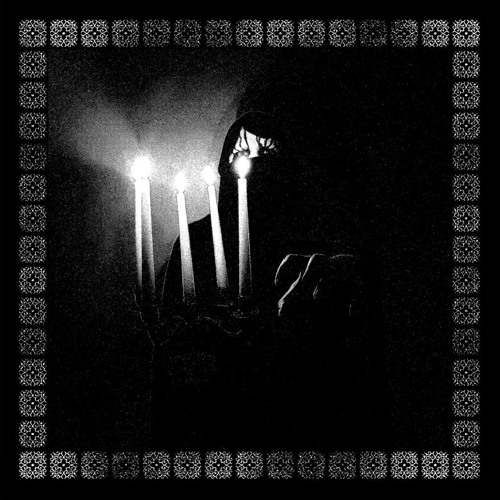 This next selection, by the Bosnian one-man band Sulphuric Night, is out of the ordinary because even though the song comes from a debut album (Forever Cursed) that has already been released, I can’t find a full stream of it anywhere, nor anywhere it’s still for sale. The song is also out of the ordinary for other reasons.

That one track I’ve found, simply labeled “V“, is raw and feral, with terrifying vocals that give the already chilling music an even more blood-freezing aspect. And yes, the music is ice-cold and sadistically cruel in its atmosphere, particularly when the rocketing drum propulsion switches to a stately march. But the song is also kind of insane. And particularly when the music is surging at full-throttle speed, the riffing has an otherworldly and insidiously seductive quality — its sense of demonic delirium is also highly contagious.

Forever Cursed was released in late September by the Portuguese labels Altare Productions and Black Gangrene Productions, on a 12″ vinyl LP. 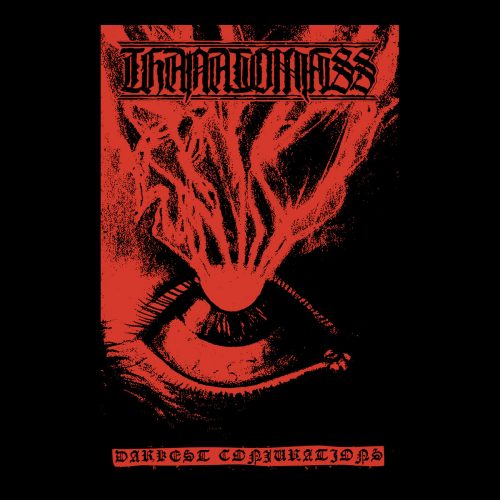 Darkest Conjurations is a four-track release by the band Thanatomass, whose membership and location are undisclosed. The title track is all that’s out in the open at the moment, but man, does it make a statement.

And by “statement”, I mean it’s an absolutely harrowing explosion of war-zone drum work, utterly crazed riffing, and thoroughly unhinged vocals. I would say it’s mainly a manifestation of pure chaos, but I’ll hasten to add that the song includes punchy grooves and extravagant blasts of grandiose chords as well as completely freaked-out soloing and off-the-hook drumming madness.

In fact, as manifestations of pure chaos go, this one is packed with changes, including a kind of ominous coronation march (toward the throne of Hell), and the production is clear enough that a listener can marvel at the high level of technical execution. In a word, breathtaking….

Darkest Conjurations will be released by the Russian label LVX MorgenStern on December 5th. 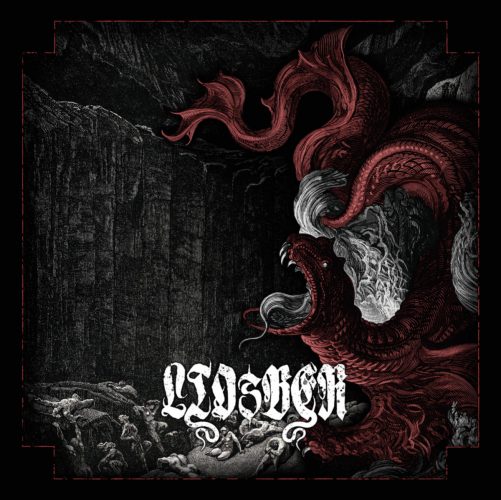 We’re informed that Liosber is a band of Danish black metal veterans (who include members of Horned Almighty), a project that has been fermenting for the last five years in the shadows and now has come to fruition in the form of a four-track EP named Constrictor:Redeemer. The EP was digitally released in May of this year, but a 12″ vinyl edition will be released by Vendetta Records in the near future, and that’s what put it on my radar screen

I began this Part by roughly characterizing the music within as demonic, and that certainly applies to the berserker rampages that Liosber throw themselves into. But while the drumming and bass-work are fast as greased lightning and the riffing is often equally fleet and fiery, the melodies in the music do have a sweeping quality, as if capturing gales of flame rushing across the skies.

The songs are also multi-faceted as well as packed with memorable hooks, veering from the sound of grand conflagrations into doom-stricken scenes of plague-driven fear and wailing grief, or of black incantations being woven in the ether. Even in those passages, the music is almost theatrically dramatic, so much so that listening to the EP is like witnessing a tragic pageant, full of fire and fury, of devastation and desolation, and of the intrusion of infernal powers into our mundane world.

It won’t take you long to realize that Liosber‘s song-craft is of a high order, as are their performances. It’s entirely believable that the members are veterans.