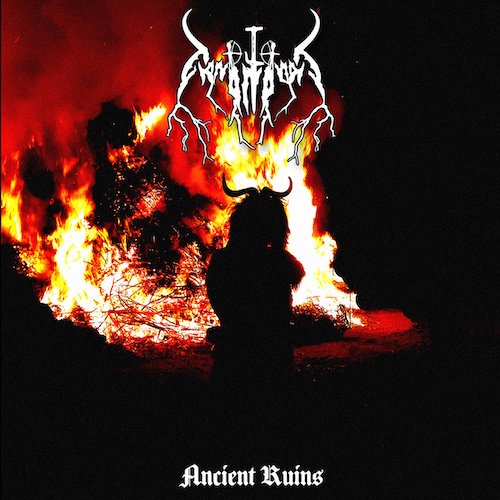 Not all bands or their recordings immediately spring forth fully formed like Minerva from the brow of Jupiter. The album we’re presenting today, for example, is the culmination of creative work that began 13 years ago in an ancient mountain village in the northwest of Sardinia. Then and there, Nicola Piras began writing music as a one-man project. Over the many years that followed, he searched for and finally found a stable line-up of fellow musicians, and together under the name Ganondorf they recorded this debut album, Ancient Ruins, which will be released by Third I Rex through its affiliate Imperatrix Mundi Records on November 30th, along with Slava Satan Records, Nothing Left Records, and LiveviL Records. Based on what we hear, we can only hope that this long-coming first step will be followed by many more.

Ganondorf’s style of black metal is often explosive and ravaging, ferocious and furious. At its foundation are Nicola Piras‘ blazing blastbeats, thunderous double-bass fusillades, titanic kitwork detonations, and rapidly somersaulting fills. But rather than rely entirely on turbocharged assaults, he mixes in a variety of neck-snapping rock rhythms that amplify the head-moving grooves that regularly surface in these songs. And with Piras‘ riveting drumwork (paired an equally fleet and fiery bass performance by Matteo Usai) as the music’s propulsion, guitarists Giovanni Murgia and Riccardo Chessa weave a changing array of seductive and shattering melodies, while Alessandro Ventura‘s scorching vocals amplify the songs’ intense emotional power. 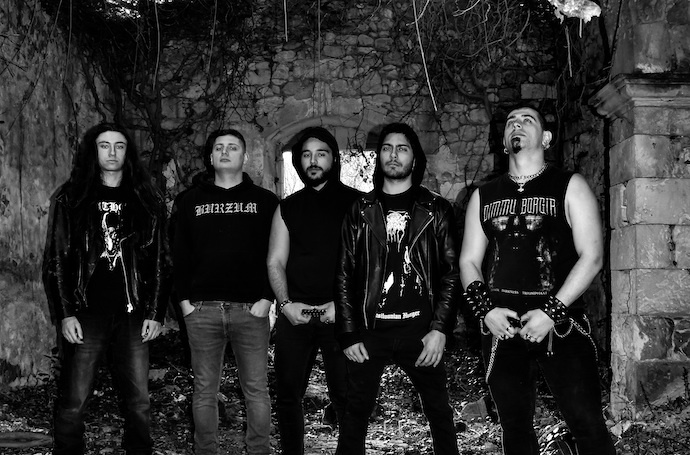 Those melodies provide a tapestry of changing sensations, yet all are dramatic, and often mythic in their atmosphere. While the passages of racing barbarity that reoccur over the album might provide the most thrilling moments (see, for example the explosive “Thousand Holocausts”), as dervish-like and berserker riffing power the sorcerous intensity into the red zone, the music remains gripping (and maybe even more so) when the band delve into moodier and more ominous emotional terrains, slowing the breakneck pace and interweaving melodies that become bleak and even heart-breaking.

And speaking of breakneck, songs like “Primordial Scream” (which also includes one of the album’s few guitar solos — and it’s spectacular) are capable of driving a listener’s head like a piston with their jolting grooves.

The songs included within Ancient Ruins are mostly compact, most of them ending before you might be ready for them to end. But the fact that the band don’t extend their songs as much as some other groups might do just adds to the excitement of experiencing the album straight through. There’s no “fat” on these songs, nothing that seems excessive. They’re like the sonic equivalent of carefully chiseled statuary, monuments to ancient times but delivered with modern clarity and bracing power.

The one exception to the tracks’ compact lengths is the closing song, which bears the band’s name, and it’s probably the best of them all — not because it’s longer than the rest but because the band use the extra minutes so very well, adroitly combining all the varying ingredients that have been displayed in the preceding songs to mesmerizing effect — the full-throttle, pulse-pounding intensity, the searing vocals, the moments of slower-paced somber beauty, and the incorporation of other evolving melodies that channel struggle as well as penetrating sorrow, all of it delivered with authentic emotion and wrapped in a mantle of dramatic grandeur.

That closing track is an intensely memorable song, but it’s not the only one, and collectively these seven tracks make Ancient Ruins an album well worth remembering too. 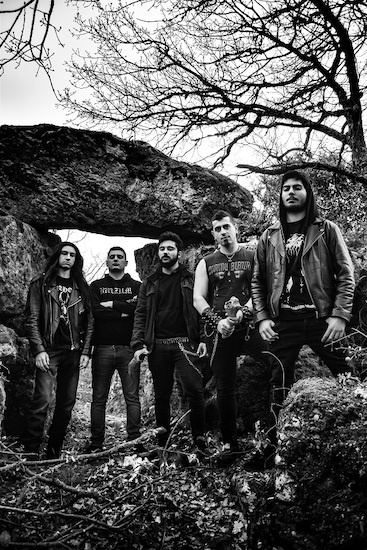 To repeat, Third I Rex will release Ancient Ruins on November 30th — and it’s avalable for pre-order now, on CD and as a digital download.

2 Responses to “AN NCS ALBUM PREMIERE (AND A REVIEW): GANONDORF — “ANCIENT RUINS””