(On November 22nd Nuclear Blast will release the debut album of the British band Strigoi, and today we presentt DGR’s review of the album.)

Gregor Mackintosh‘s newest project Strigoi is an interesting proposition: Even though his previous project Vallenfyre exists no more, having released three excellent albums and then neatly wrapping things up, Strigoi sees Greg Mackintosh once again reuniting with one of his Vallenfyre friends in order to release more doom-infused death metal, fully divorced from the gothic melodrama of Paradise Lost.

Abandon All Faith comes packed with music, weighing in at eleven songs and an intro track and all of it some of the weightiest and sometimes dirtiest death metal that the group could muster. If there were an award for crushing by sonic weight via guitar tone, Strigoi could easily find itself in the running, as the whole album is filled with cacophonous bellowing and hefty guitar riffs that make every song feel astronomically heavier than they otherwise would have been.

Ostensibly launched as a project for the crew to explore more facets of heavy metal music than what they felt they were able to do in Vallenfyre, Strigoi still keeps it pretty close to home on Abandon All Faith. It’s a huge album wherein the experimentation comes largely in the different atmosphere the band try to portray across their twelve songs, and although there is a strain of familiarity that runs throughout Abandon All Faith, hearing the group still manage to create a suffocatingly heavy brick of death metal remains an exciting experience. 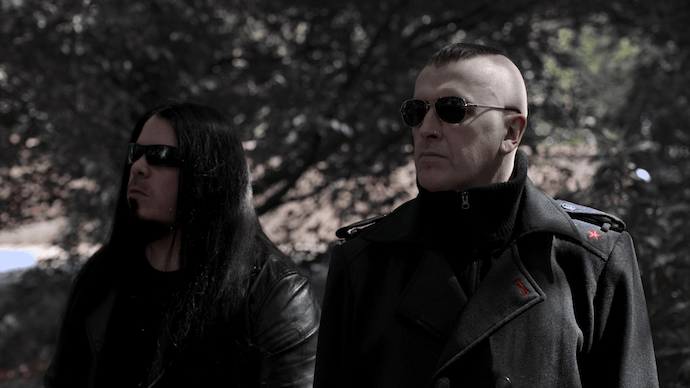 Abandon All Faith starts off incredibly strong. It opens with a forces-of-hell-at-your-doorstep style buildup — whose thudding noises hit impressively hard if you have a decent sound system — in “The Rising Horde”, whose two minutes make the atmosphere of Strigoi’s debut disc seem very familiar as the smoke-filled reverb-haze of its predecessor project returns in full form. Following song “Phantoms” amplifies that feeling as a hybrid death metal and doom song that gains a lot of strength based on the musical annihilation taking place behind  its opening line of “There is no heaven/there is only hell”; the second verse, opening with “There is no solace/only the end”, is equally powerful.

The opening segment of “Phantoms” lays out much of what the song will be, with a stealthily lush guitar lead laid over some gross-sounding blasts as the group hammers away. Although Vallenfyre got pretty crusty in the latter part of their brief career, that atmosphere seems to be following its band members around no matter what they call their project. “Phantoms” is a fiery opener that starts Abandon All Faith with a bit of a show-stopper, especially when follower “Nocturnal Vermin” has an opening that consists of a slow bass-guitar rumble — which does become part of the song as a whole, but only after Strigoi whip up a musical maelstrom beforehand. “Nocturnal Vermin” is only a minute-and-fifty-seconds, opening and closing on the slow chug.

“Nocturnal Vermin” kicks off a flurry of songs that are a little more d-beat and straightforward death metal fueled than most of Abandon All Faith‘s track listing would suggest. “Seven Crowns” and “Throne Of Disgrace” — another minute-and-fifty-second song — are both weapons in an arsenal that has Strigoi covering a vast swath of their bleak landscape. The trio of songs feel like a sudden eruption of high-intensity tracks split off of “Phantoms” more death metal side, before the first miserably doomed-out song in “Carved Into The Skin” makes its appearance.

If you’re a big fan of hefty bellows over a multi-layered and apocalyptically slow guitar then “Carved Into The Skin” will likely prove to be one of the stronger tracks on Abandon All Faith, as the song drags itself through the lowest ruts left behind in the mud it can find. The sudden change of pace is certainly enough to leave listeners with whiplash as we shift from three songs that seem to move along at hyperspeed in comparison — combining for about seven minutes — before crashing headlong into this behemoth of a six-minute affair that dredges its music from the depths of hades. 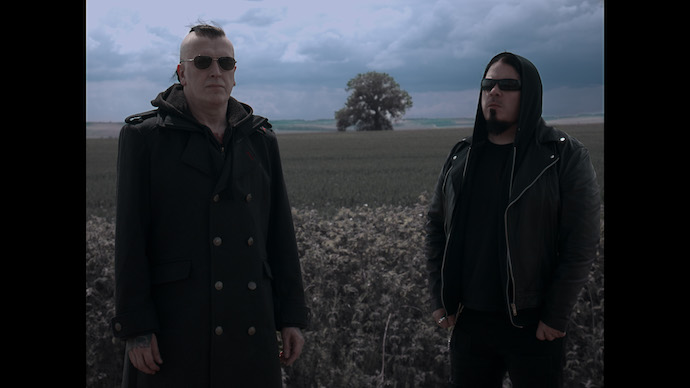 Abandon All Faith‘s pacing cycle seems to loop again after “Carved Into The Skin” wraps up, albeit with a slower build in tempo. “Parasite” is actually a solid mid-tempo groover but is also the gateway back into the album’s blastbeat-leaning tendencies — and all of that comes after nearly a minute of ambient noise a la “The Rising Horde”. So to say that “Parasite” feels like it changes pace on a dime is a bit of an understatement. It also accomplishes the job of easing the listener back into the denser death metal songs that follow it.

Each track afterward feels like a hefty slab of red-meat in death metal form, and even though the distance between “Parasite” and the album’s closing title track is four songs, those four tracks make up a large portion of Abandon All Faith‘s run-time and death metal aspect. They, in their own right, are the album’s more traditional bludgeoning aspect — and all of that gives way to “Abandon All Faith” (the song), which is the biggest experiment in atmosphere for the band, and to be fair, that’s not a huge amount. “Abandon All Faith” is one hell of a doom song and it’s the first time Strigoi work something other than their massive layer of punishing guitars into it, amplifying the song’s vocal lines with a choir in the background and thundering drums to make the song seem absolutely gigantic. “Abandon All Faith” is firmly in Strigoi’s wheelhouse, but that extra bit of grandiose amplification makes the song a fantastic way to close out an album that was already a crushing affair.

Sometimes It’s easy to become jaded over this sort of project as you become familiar with a musician and their solo work, their style of writing, and how their influences seem to play into their music. Going in, it’s easy to assume that Gregor Mackintosh and Chris Casket have a comfort zone musically and to expect that Strigoi’s Abandon All Faith will be more of ‘that’. Yet, over the course of Abandon All Faith you find your jaded sensibilities being much like the Wicked Witch, melting away as it occurs to you just how good the album is.

The apocalyptic atmosphere of “Phantoms” is an excellent early salvo in melting away those suppositions, and by the end of that first high-speed block, as you tumble into the doomed-out hellscape of “Carved Into The Skin”, it’s difficult not to be locked into Abandon All Faith as a whole. With eleven songs and a two-minute intro, Abandon All Faith provides the listener with a lot of immense doomed-out death metal to enjoy. Strigoi’s first album is an excellent debut even if it at times feels like the natural progression of the project that preceded it. Even as a late-in-the-year release, Abandon All Faith makes a good case for sneaking into people’s libraries before they hunker down into list-making mode.

One Response to “STRIGOI: “ABANDON ALL FAITH””