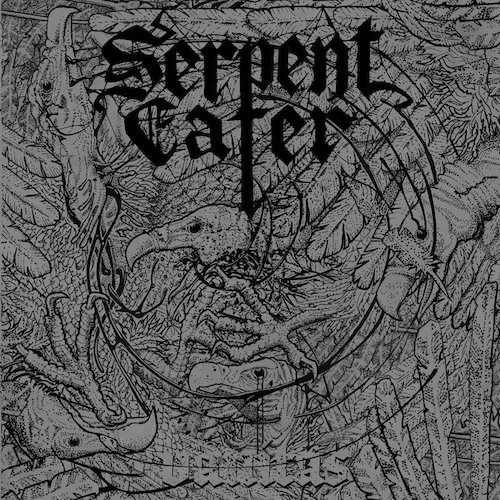 Lord Mantis, All Pigs Must Die, Cult Leader, Disfear, Converge, God Mother… those are the names used by the collective of labels who are releasing the German band Serpent Eater‘s second album as a way of catching the interest of fans. They certainly caught our interest, and it turns out that the harrowing formulations of blackened hardcore that Serpent Eater discharge through this new album do indeed make such references relevant.

That collective of labels — 7Degrees, Wooaaargh, and Alerta Antifascista — will release Vanitas on January 17, 2020, and while that distant release date requires patience, we think you’ll agree that the first song from the record that we’re presenting today will make the wait well worth it. 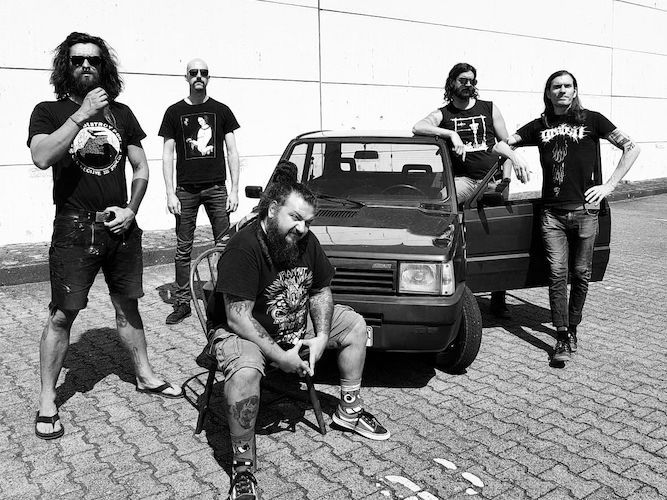 “Dead Spiritualist Silent” doesn’t exhaust the range of experiences you’ll find on Vanitas, but it is emblematic of Serpent Eater‘s song-writing prowess, the lethal precision of their execution, and the dark-hearted, emotionally crushing power of their music.

This song itself creates a range of brutalizing sensations, launched by a fusillade of battering snare drums and vicious, roiling riffing — cold and dismal in its lower tones and fiery and deranged in its higher ones. The band lace the song with queasy, dissonant arpeggios and crashing chords, while the drumming moves among differing rhythms, slowing to a methodical snap and boom, locking into head-moving back-beats, and accelerating into double-bass pummeling.

Although the dynamism of the song is a hallmark, its intensity is nevertheless unrelenting. The scalding vocal shrieks and a sprinkling of horrid guttural roars, as well as the layering together of those expulsions to create added terror, only magnify the intensity.

An amalgam of raging violence and bitter, crushing hopelessness, right down to the bleak riffing and clanging bass notes at the end, “Dead Spiritualist Silent” is an eye-opening and spine-shaking introduction to an equally powerful and carefully crafted album.

7Degrees, Wooaaargh, and Alerta Antifascista will release Vanitas in a variety of formats, and you can explore the offerings from each label through the links below. To catch further excerpts from the album in the lead-up to its January 17 release, be sure to follow Serpent Eater on Facebook.