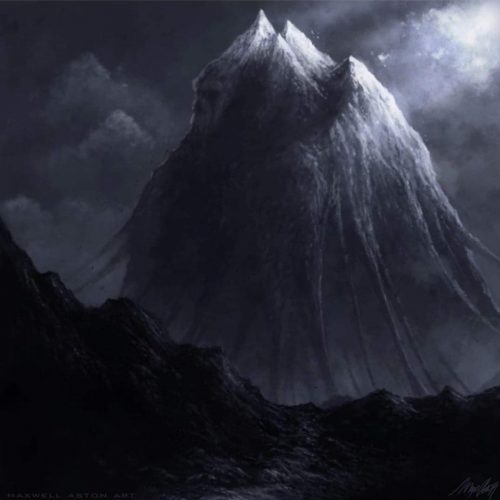 (We present Todd Manning‘s review of the new album by Indiana-based Tusk, which was released on November 20th.)

Perhaps one of the keys to Doom’s recent proliferation within the Metal world is its ability to assimilate and synthesize adjacent genres and spit the concoction back out as a coherent whole. Some bands soak up Classic Rock vibes and spit out Stoner Doom, others drag Death Metal through the molasses to give us the Death-Doom hybrid. For Indianapolis-based trio Tusk, they take the wintry atmosphere of Black Metal and the meditative qualities of Post-Metal and then drop the tempos down to primordial levels, producing a hypnotic and powerful debut in the form of Eternal Ice.

Consisting of Xander Farrington on drums, Jesse Curtis on guitar and vocals, and David Arthur on bass, Tusk construct a towering work with the most basic of parts. At times, they give the Doom fan just what they came for, like in the album opening riff on “Pale”. The riff lumbers along and crushes glaciers beneath its feet, but when the forlorn vocal comes in, it is apparent that this will be a multi-faceted listening experience. This feeling is further reinforced by the softer clean guitar breaks that add to the somber mood of the song. 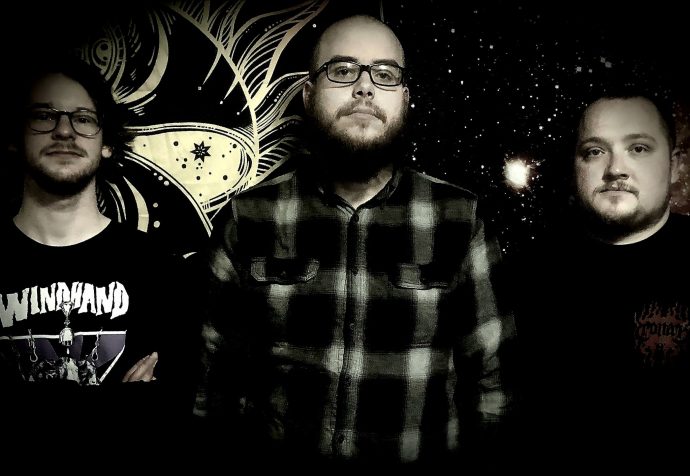 If “Pale” captures Doom at its most introspective, the following track “Earth Mover” shows Tusk ratcheting up the violence with a vicious, Celtic Frost-inspired chugging, and maybe it’s also reminiscent of early Unearthly Trance, which is never a bad thing. When the track does slow back down into the knuckle-drag realm, the feel is more tectonic and crushing, less emotional. Either way, “Earth Mover” is an excellent complement to the opener, showing another side of the band.

But if the opening pair of songs are an effective one-two punch, the next four pieces get to the core of what Tusk is really all about. Starting with the instrumental “Transcendence”, the listener is brought into a sonic world of both peace and awe-inspiring power. To call it atmospheric might be to distract from the sheer heaviness, yet this song and the ones that follow are hypnotic but crushing, the riffs reminiscent of the massive “creature-made-of-mountains” that graces the cover art.

“In the Midst of Eternal Ice” sees the return of vocals but they only seem to reinforce the feeling of deep meditation, somehow splitting the difference between Radiohead and Bowie’s “Space Oddity”, yet never taking away from the weight of the music. “Decay” heads back into instrumental territory, at times taking one through a maze of heavy yet nuanced riffing. There’s Post-Rock and Doom too, and is never without surprise.

The album closes with the epic “Slain”. After a bit more of instrumental mood-setting, the vocals return and are delivered in an Extreme Metal tone not heard in any of the songs preceding it. This helps to lay the foundation for the feeling of climax that “Slain” delivers in spades. The Doom here is more epic, and even the clean vocals feel more urgent. The ratcheting up of tension is palpable but executed with finesse. The Doom is Doomier, everything is crushing toward a conclusion. Yet, the song ends with the strumming of a clean guitar slowly fading, like a figure slowly being obscured by falling snow as it walks away…