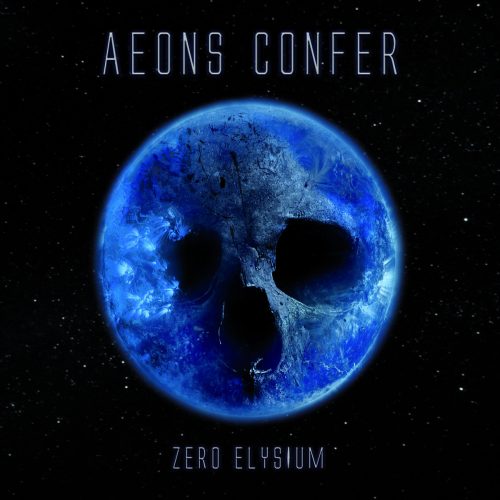 (This is TheMadIsraeli’s review of the new album (released on November 29th) by the German band Aeons Confer.)

Sometimes you have to… not temper your expectations, but when it comes to artists you love and the output they produce you have to learn how to divorce yourself from your own nostalgia-based bias.  I’ve never been a fan of nostalgia, and I’m someone who is always eager to try and avoid the pitfalls of it as much as possible.  I was confronted with this resolution when listening to Aeons Confer’s new record Zero Elysium.

I LOVE this band’s debut Symphonies Of Saturnus, which I reviewed here nearly six years ago.  Since 2013 I’ve actually listened to it AT LEAST once a week.  I never got over that album, so it’s expected maybe that someone like me might feel a bit cold when encountering a sophomore record that didn’t deliver on an assumed promise of “first album, part two”. 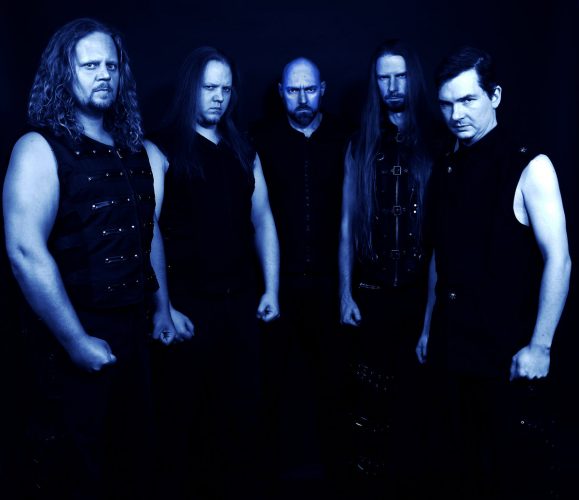 For the uninitiated, Aeons Confer started as a black metal band, but then on their debut album turned into something of a mish-mash of melodic death metal, black metal, industrial, and other elements that really stood on its own and stuck out to me in a big way.  The debut was an ambitious record, pretty diverse in its song styles, and had a 20+ minute closing suite that’s still one of the best closings of a metal album I’ve ever heard.

When I first got around to listening to Zero Elysium I was a bit surprised that they not only had written a shorter album, but also had decided to shrink their sound instead of expanding it.  The black metal is all but gone from their music, completely streamlining it right down to their death metal and industrial elements.  This in turn made for an album that felt less diverse and epic in scope, and so for an excited fan like me AT FIRST it was a bit of a let-down.  It was good, but I wasn’t initially enthralled like I was by the first record.

However, I had the realization that this was my nostalgia bias talking.  I had to take a step back and divorce myself from previous expectations because that’s not fair to the band nor myself.  I came back to it a few days after the first listen with fresh ears and no expectations. I listened to Zero Elysium again, from that perspective, and found it to be just as good as Symphonies Of Saturnus, and actually better in some ways.

True to Aeons Confer’s German origins, Zero Elysium is a tome of just overpowering bestial sonic domination.  It’s about as German extreme metal as you can get, and I have grown to fucking love it.  While the operatic clean vocals of vocalist Bernhard definitely still add some melodic variety and a different tone of power, I feel like Aeons Confer just wanted to write a really killer industrial death metal album with synths, and they did the job flawlessly.

There’s shades of a lot of stuff here — Scar Symmetry, Bloodbath, Hypocrisy, Fear Factory, In-Quest, Endolith, just for reference points — but Aeons Confer are their own thing, mainly thanks to the fact that while the literal black metal musical elements are gone, the darkness of melody is still there.  The music is a sledgehammer made of frigid black ice full of straight-to-the-point, tectonic-shift-inducing riffs, such as the entirety of the record’s opening song “Impactors” or the following “Termination Artifacts”.  It’s all about that perfect synergy of hooks, melody, and what will induce you to ascend beyond your earthly form and punch a hole through the moon, while maintaining that blackened sense of mysticism and that industrial sense of nihilism.

The At The Gates waltz versus Nevermore prog thrash stylings of “Wise Deflector” is a particularly fantastic song, probably my favorite overall, showing the band in fact expanding their horizons, just in a way that’s sideways instead of moving forward.

There’s also some impressively weighty pieces of militaristic groove such as “Plasmoid” and “Repulse”, but they’re also counter-balanced by some fast as fuck and interestingly thrashy songs for the band in the back-to-back barnburners of “Confront The Sum” and “Nemesis” that are delightful.  The closing duo of songs — the title track and “Pandemonium” — provide a pretty bittersweet atmospheric 10-minute closing (pretty sure these are parts of the same song given how they transition into each other), which really hits a metal Blade Runner kind of vibe that resonates with me pretty hard.

So, overall, after re-evaluating I found myself loving Zero Elysium as much as the band’s debut.  It’s not better, but it’s different, and sometimes different is more impressive than just “first album, part two”.  If anything, I’ll probably just make BOTH of these albums a once-a-week listening ritual now.  It’s definitely a favorite of this year.  While I don’t say this to undersell either band, if you loved Endolith’s record this year, you’ll love this just as much.  I’m in that category, coincidentally enough, and yeah, I’m enthralled with this record.  I still love Aeons Confer.