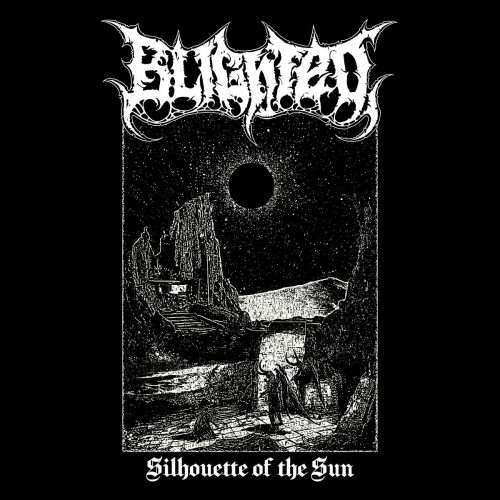 Many years ago, in 2012 to be precise, we discovered a hellacious Tennessee death/grind outfit named Manic Scum, and showered praise not only on the EP released that year (Better Left Undead) but also a subsequent EP (Carbonized) that was released in 2017. We haven’t seen any new Manic Scum depredations since that last EP, but we have learned that members of the band have joined forces with other friends in a new group named Blighted, whose interests focus on old-school melodic death metal (with some blackening in the mix) that’s influenced by bands like Dissection, At The Gates, Dismember, Emperor, and Necrophobic.

Blighted’s debut EP will be released on January 4, 2020, and today we’re premiering the second track from it revealed so far, a sonic tapestry or turmoil and torment named “Requiem Bereft“. 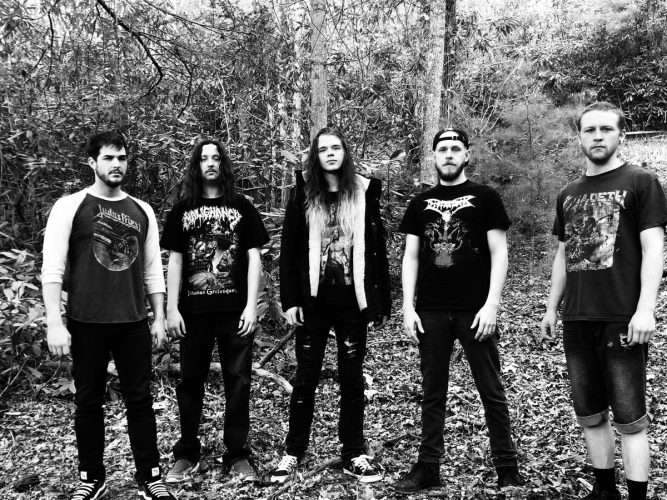 You’ll quickly discover through this new song that Blighted give their music a raw edge, counter to the overproduction and sterility that hampers many modern melodeath bands. You’ll also discover that Blighted’s instrumental chops are impressive, and  that they’re capable of insinuating memorable melodies (bleak ones in this case) within a framework of savagery.

Wobbly, disorienting, and yet strangely seductive at first, “Requiem Bereft” becomes a rumbling, racing, mauling juggernaut of sound, a charging phalanx of battering drums, writhing and gutting riffage, scorching howls, and carnivorous roars. All that creates a bruising yet electrifying impact, but the music takes a turn in more dismal directions as the tempo abates a bit, though the depth-charge bass and eye-popping drumwork are still very much in evidence even then. When the pace accelerates once more, the combination of vicious, plundering low-frequency cruelty and freakish fretwork reaches new heights of mayhem through a wild, fret-melting solo and a crescendo of rhythmic bone-smashing, crazed leads, and throat-rupturing screams.

The title of this debut EP is Silhouette of the Sun. It’s available for pre-order now on Bandcamp, where you’ll also be able too check out another track from the EP named “Yorick’s Skull”.

One Response to “AN NCS PREMIERE: BLIGHTED — “REQUIEM BEREFT””