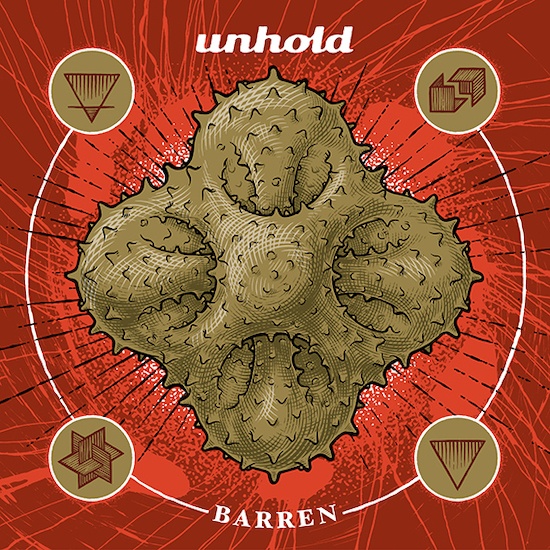 Although I have many things to be proud of about what we’ve accomplished at NCS in helping spread the word about worthy music, I have many regrets too, one of which is our failure to pay more attention to the immensely accomplished Swiss band Unhold. That failure is all the more shameful because Unhold are now five albums deep into their career. The most recent of those, Here Is the Blood, was released in November 2018 by Czar of Bullets, and represents the pinnacle of their significant achievements so far.

Briefly summarizing the music on that album (or really, on any of its predecessors) is a daunting challenge, as is any effort to provide a pithy genre description. References to post-metal, sludge, doom, and hardcore might be useful, but don’t really give you much guidance about how fascinatingly Unhold have combined those stylistic ingredients (and others) in ways that dynamically create such a wide range of emotionally powerful and often transportive experiences, ranging from mesmerizingly beautiful to crushingly bleak and compulsively body-shaking — and much else besides.

But while we’ve regrettably neglected Here Is the Blood since its release, we do have a chance to make partial amends today by premiering a new single entitled “Barren” which was recorded in the same sessions that produced that album. This new single is not only well worth having in its own right but also should serve as an inducement for people who haven’t heard that album to check it out immediately. 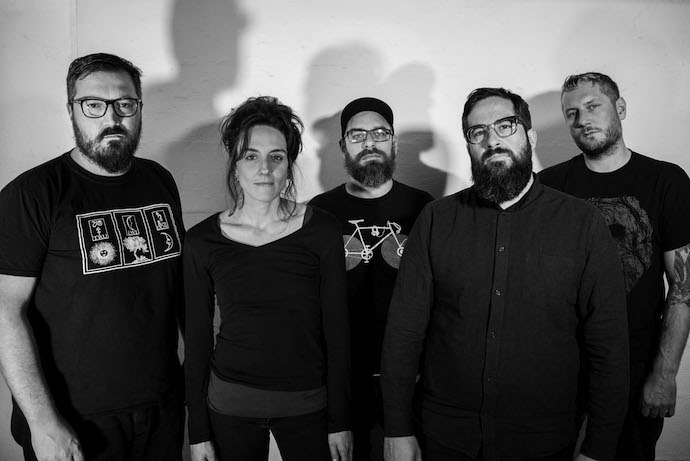 One aspect of Unhold‘s power that feeds the band’s ability to create such different experiences from song to song (and within songs) is the multiplicity of vocal talents within the group, both clean and harsh.  However, “Barren” has to make its impressions without those contributions, because it’s an instrumental piece. But man, does it make an impression!

The syncopated drum beat that opens the song, along with a grim but equally head-nodding riff, sets the hook. And while the drumming never loosens the hook or lets it spring free, the music becomes significantly heavier thanks to lead-weighted bass lines, punishing guitar abrasion, and harrowing squalls of sound that resemble the roars and wails of mortally wounded combatants against life’s travails.

As is sometimes their want, Unhold counterbalance the bleakness of the song with guitar notes that ring like clarions over moody and mercurial bass tones and that then become a shimmering, shining presence, one that elevates the song to an otherworldly plane, and creates a feeling of majesty, even after the music returns to its heavier depredations.

“Barren” will be released tomorrow — December 20th. — and will be available on all digital platforms (Spotify, Apple Music, etc.). For further release information, check the links below tomorrow.

In other Unhold news, the band will bring 2019 to a fine close by playing these two shows in late December: