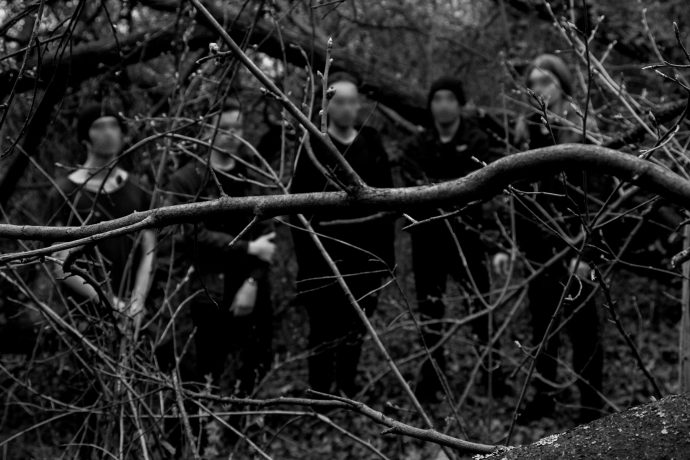 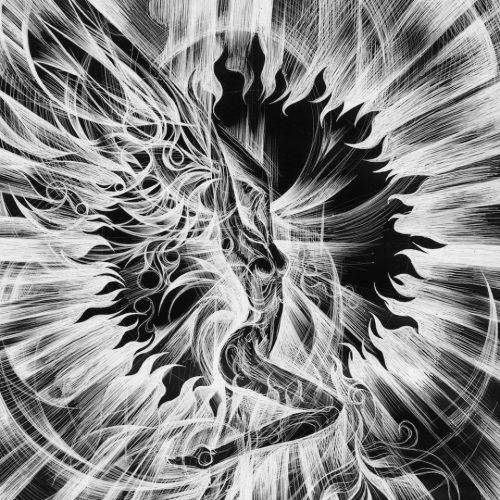 The debut album from this Prague-based, multinational collective only just missed out on a spot in my “Personal Top Ten” this year, and with good reason, as it’s one of the most bleakly beautiful, melodically melancholy albums of the last twelve months.

Of course, the fact that the band play “Post-Black Metal” (whatever that’s supposed to actually be these days) likely put off a few people from checking them out when I included them in my “Good” list a couple of weeks back (my, how time flies), but now is my chance to (hopefully) fix that.

Opener “Pink Powder” seems as good a place to start as any, as it possesses a truly thrilling sense of urgency and intensity (reminiscent, at times, of Abigail Williams at their best), moving from withering blastbeats and sinuous, twining tremolo runs to spine-tingling ambience and moody, emotionally weighty riffage, over the course of just over six minutes.

“Ominous” is a similarly captivating display of punishing power and intensive introspection, equal parts proggy instrumental creativity (especially during its more atmospheric second half) and raging catharsis, while “Alice Syndrome” (named, I can only assume, after the strange perception disorder of the same name, itself named for Lewis Carroll’s timeless tale of child-friendly regicide and underage drug use) is, if anything, even more intense, with only a few minimalist moments of melody and space to break up its Wiegedood-like deluge of explosive energy.

“As I Succumbed” is the album’s moodiest, and most melodic, number, allowing both the band and the audience a few minutes to catch their breath (as well as expanding Chernaa’s creative palette nicely), after which “Mania” displays an unorthodox blend of melody and extremity similar to that perfected by vastly underrated Post-Black Metal pioneers An Autumn For Crippled Children.

Concluding with the scintillating strains of the Der Weg Einer Freiheit-esque “Camus” and the stunningly dynamic “Discrepancy” (a near-perfect final showcase for the band’s enviable ability to move back and forth between raging fury and shimmering stillness without missing a beat), Empyrean Fire succeeds, where so many others have failed, simply because it’s a “Post” Black Metal album that’s not afraid to acknowledge that it’s still a Black Metal record at heart.

It never comes across as if it’s trying to do too much, or play to the wrong audience, or as if Chernaa are in danger of confusing accessibility with artistry (unlike some other bands I could mention), but instead manages to feel utterly vital, utterly primal, and utterly uncompromising while still exploring a variety of melodic and emotional textures just that little bit outside the blackened norm. 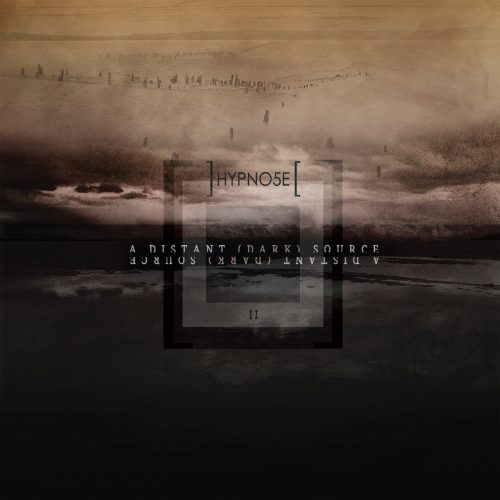 Even though I’ve been a fan of France’s Hypno5e for a long time now, this is, somehow, the first time I’ve actually gotten around to writing about them for NCS.

Thankfully the band’s new album – arguably their best yet, as well as a serious contender for this year’s “Critical Top Ten” – provides me with the perfect opportunity to correct this egregious oversight.

Self-described purveyors of “Cinematic Metal”, the French foursome have, over the years, found themselves compared to a variety of different acts – The Ocean, Meshuggah, Cult of Luna, Between the Buried and Me, Uneven Structure, Cynic – but none of these comparisons have ever truly captured the full scope and breadth of the band’s sound and vision.

Suffice it to say that, over the course of the last decade or so, Hypno5e have developed a truly distinctive and multifaceted sound that’s equal parts electrifying intensity, exotic melody, riff-driven rhythmic intensity, and artfully ambitious atmospheric ambience – incorporating everything from synth-led soundscapes to Latin-folk acoustics to emotionally weighty voice-overs along the way – practically all of which can be found on the album’s spellbinding opener “On The Dry Lake”.

The real strength of this record, however, is not just the wide range of ideas and influences on display but the organic way in which they’re combined and conjoined to create something that’s not only greater than the sum of its parts, but whose constituent parts themselves all flow together in thrillingly dynamic style.

This fluidity is especially evident during “In the Blue Glow of Dawn”, “A Distant Dark Source”, and “On Our Bed of Soil”, as while each of these three tracks is broken up into three separate parts, three distinct “movements” as it were, the flow between them is so smooth and natural – even when the band choose to throw in a jagged transition or sudden shift in direction so as to purposefully jar your attention – that each one feels like a single unbroken stream of consciousness.

Make no mistake about it, A Distant (Dark) Source really is a fascinating, phenomenal, and fully-realised work of art in practically every sense of the word (and this despite being the second part of a purported conceptual duology, albeit the first to be released for public consumption). 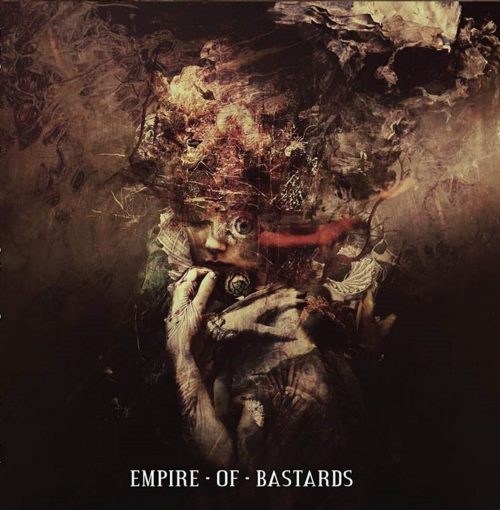 UNDER THE PLEDGE OF SECRECY – EMPIRE OF BASTARDS

It’s been a long time since we wrote properly about Under The Pledge of Secrecy, as the group have been dealing with a lot of struggles and setbacks over the last few years.

Thankfully the band (now reduced down to the core duo of Stefan Klebingat and Thorsten Schieren) haven’t allowed adversity to get the better of them, and their new album is a tasty slab of full-force Death Metal fury which serves as a worthy follow-up to 2014’s Black Hole Mass Evolution.

Now, whereas its predecessor leaned heavily into the Tech-Grind side of things, the bluntly named Empire of Bastards is a little less manic (although you can still hear the Grind influences in the near-unrelenting drum work), and a little more riff-focussed, as well as a little bit more melodic.

That being said, it’s still a fairly savage and spiteful affair, and this mix of red-hot riffs and razor-sharp melodies, blended with some underlying Tech and Grind influences, often reminds me of the work of Man Must Die and Unfathomable Ruination, both of whom possess a similar knack for integrating harshness, heaviness, and hookiness.

Both the title-track and its follow-up, “Glass Palace”, are adrenaline-fuelled blasts of explosive energy and targeted aggression, loaded with big hooks and even bigger grooves, while early stand-out “Psychotic Eclipse” and “A Vanguard Solution” ramp up the tech-levels, with the former also possessing an absolutely monstrous chorus refrain, and the latter adding an extra layer of deliciously dark melody.

The duo double-down on this new, more melodic side of their sound on engrossing instrumental track, “March of the Faceless”, and then continue to ride this line into the punchier and far more provocative strains of “Sorceror’s Apprentice”, which has a touch of Defeated Sanity and/or Cattle Decapitation to it, albeit in a much more streamlined form.

It’s on the album’s last three tracks where Stefan and Thorsten really cut loose, however, with both “Euphoric Bliss” and “The Unforeseen” recalling a more focussed and groove-augmented take on the frantic Tech-Grind of their debut, while “Alpha α Crusher” is the sort of high-intensity neck-wrecker that a lot of bands would give their left [insert body part here] to have in their back catalogue.

As far as unexpected, late-year surprises, go, this one really is a doozy. It hits hard, hits fast, and proves that, while they’re still as brutal as ever, Under the Pledge of Secrecy also have a few new tricks left up their sleeve too. As a matter of fact, I’m still picking out new facets and new features even while I’m writing this, so there’s a very good chance I’m going to keep coming back to Empire of Bastards for a long time, just to see what else it has in store.