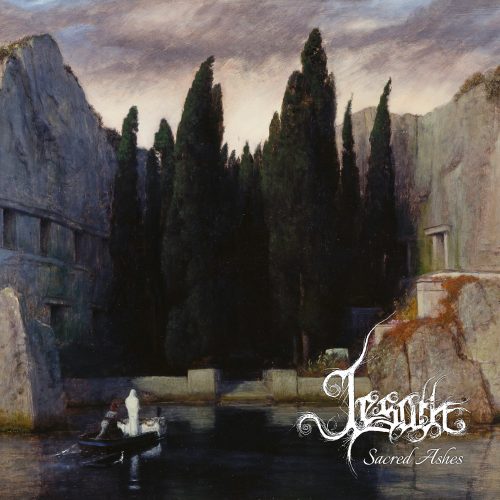 On January 6, 2020, the label alliance of Casus Belli Musica and Beverina will release the debut album of a mysterious atmospheric black metal band named Lesath, whose location and membership remain undisclosed. The album’s name is Sacred Ashes. It consists of six tracks, but really four songs, because two of those four are divided into two parts in the track list.

In September of this year, Lesath (and subsequently the two labels) released one of those two-part songs, “Like the Wind“, which we reviewed here. In November we presented the second half of the other two-part song, “A New Life“, which like the first single was presented with its own artwork. And in December we added to these musical revelations with the premiere of the album’s title track, “Sacred Ashes“. Now, at last, we  have the opportunity to deliver a full stream of the entire album, which enables us to discover how these pieces and others all fit together.

We’ve previously disclosed information about the album’s conceptual underpinnings, but it makes sense to do that again today. The meaning of the album title can be discerned from the following quote by Friedrich Nietzsche, which you’ll see on the Bandcamp pages for the record:

You must be ready to burn yourself in your own flame;
How could you rise anew if you have not first become ashes? 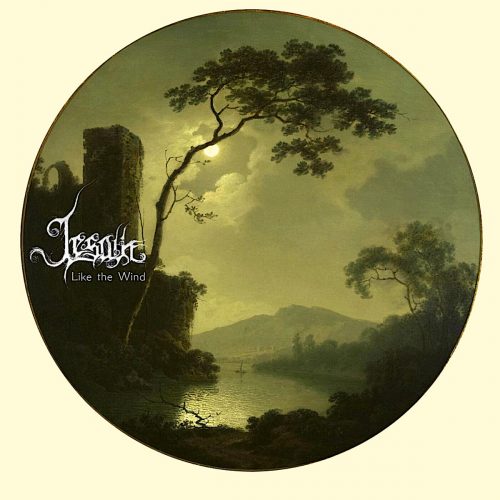 The first Part of “Like the Wind“, which opens the album, proceeds under the drive of a mid-paced but hard-punching drum rhythm, and the melodies are carried by a layered acoustic guitar performance that’s beautiful but very sad. The vocals are sheer wretchedness, adding to the song’s depressive mood. After an acoustic solo, the song seems to become brighter. The drum beat becomes more vibrant, the cymbals vibrantly crash, and there’s a lilting quality to the melody, backed by slow, sweeping cascades of sound, that bespeaks hopefulness (even if the vocals still sound ravaged).

The second Part of “Like the Wind“, on the other hand, begins in scalding fashion. The drums gallop and batter; the riffing sears the senses; the vocals are full of splintering pain. There are again waves of grand but dolorous melody that cascade high above all the torment, providing a sense of wonder to the terrible misfortune, and the ringing guitars, shimmering keyboards, and syncopated rhythms near the end once more provide glimmers of something better on the horizon.

The lyrics of the title song (from a poem by Christina Rossetti), which follows these two tracks, reflect upon an experience of terrible pain and an endless brooding anguish to come. The trauma and the hopelessness in the words come through in the music, whose slow rhythms, saturating chords, and soul-splintering vocals provide a drenching of despair and resignation. There are rising, glimmering tones in the music, intertwined with dismal and beleaguered ones, perhaps as a forecast of the song’s imminent transformation.

As you might expect by this point in the album, the song segues unexpectedly into a lighter and brighter interlude, as if the protagonist is remembering better times, and the sparkling though haunting keyboard melody at the center of that break persists as the guitars and drums return, the guitars themselves celestially shimmering in a way that feels like… yearning. 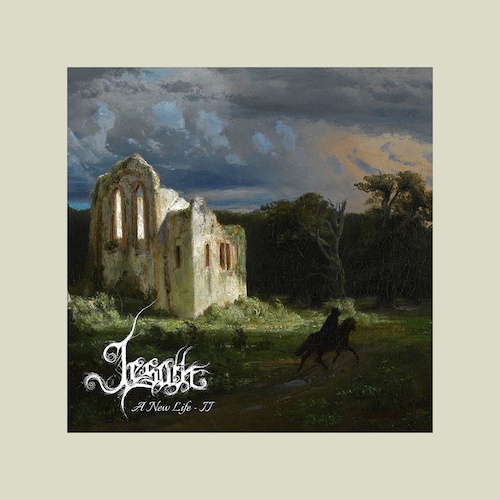 Then comes the second of the two-part songs on the album, “A New Life“. There is both brightness and tension in the vibrant guitar strumming that opens the first Part of the song over the increasingly animated punch of the drumming, and that feeling of tension becomes almost despairing, though still leavened with a feeling of wistfulness (which comes through in the lyrics, along with a deep pessimism). Soaring and drifting waves of mystical melody eventually cascade over the persistent strumming, though it’s an anxious kind of pulsing sound that ends the track… and leads into Part II.

Where Part I of the song was moody and introspective, Part II is scarifying. The shrieking vocals and battering drums, combined with intense, incendiary riffing, channel visions of a world burning. Through the searing intensity of the music a forlorn melody slowly creeps, the sound resembling the low wailing of a wind instrument (something like an oboe), but the wretched, strangled cries of the vocals and the rising anguish of the leads leave no hope that any light will survive. The layered melodies in the song, formulated in varying tones, have a mesmerizing quality, creating a fascinating sonic tapestry, but the pain and rage, the frustration and desperation, are nonetheless unsettling. 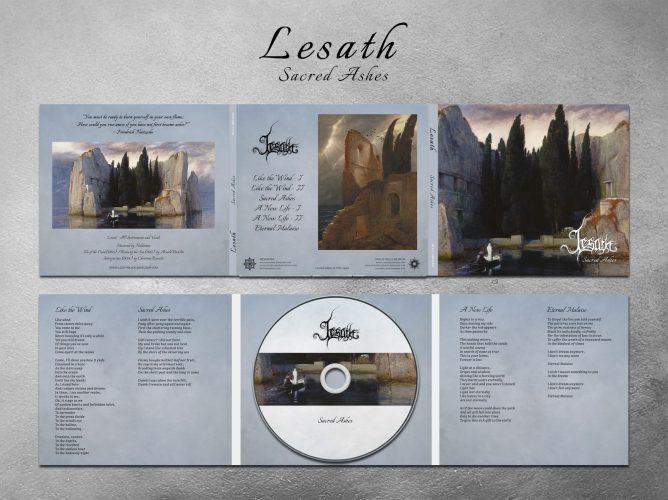 These sensations lead into the closing track, “Eternal Malaise“. The lyrics of all the songs on the album are crushing in their bleakness, but perhaps none more so than this last one, and the words seem to connect to the lyrics of the album’s first track, which began as follows:

Come, I’ll show you how it ends

And the tale of Sacred Ashes closes with these final words of the final song:

I wish I meant something to you
In the dream

I don’t dream anymore
I don’t feel any more

As for the music of this closing track, which is nearly 10 minutes in length, its beauty contrasts with the dispirited nature of the words — at least at first. There is a sense of fond though forlorn remembrance in the opening acoustic melody and a feeling of vibrancy in the drums. The vitality of the music continues as waves of intense riffing flow into the mind and encircle it, but that’s also when the darkness begins to descend and the vocals arrive to transmit pain. The soaring shine of the music and the sparkle of the melody seems to channel wonder yet again, but the song also portrays torment in its grim and chaotic chord-work. And it all ends in a fever, as if there is no compass left to point the way forward.