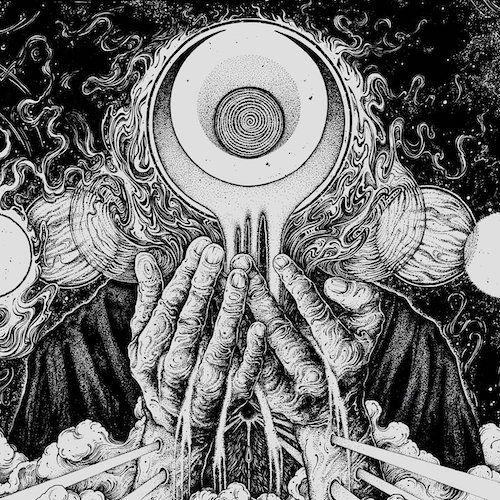 Roughly five years into their existence, the Belgian metal band Sons Of A Wanted Man have sought to blaze a musical path that reflects the varying interests of its members and to find the right combination of genre elements to express the feelings and convictions that inspire them. Les Acteurs de L’Ombre Productions, the label that will release the band’s debut album Kenoma on February 7th, describes their hybrid of sounds as one that “incorporates the melancholic atmosphere of post-metal, the rhythmic intensity of black metal, the layered approach of shoegaze and the ethics of hardcore punk”.

The results of the band’s efforts, as revealed through Kenoma, is multi-faceted music of great emotional and immersive power, and the lyrical content of the songs is equally engrossing. The song we’re presenting today, “Absent“, is a vivid example of these qualities. The track is a meticulously embroidered tapestry of emotional change, although you could also think of it as a panorama of a pilgrim’s travel through the heart of darkness, through kingdoms of desolation and death. 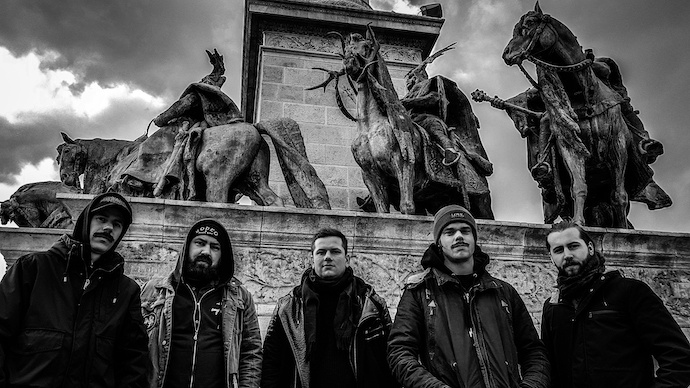 To be enthralled and moved by the power of “Absent” you don’t need to know all the words, but they hold their own fascination, and so we’ll share those with you before turning to the music:

Cast your light upon me, child of virtue.
Lead, lead me towards the garden of eternal sin.
Take me back to the fall of man.
Heart of darkness.
Blindfolded, carrying a torch in a maze of moral twilight.
Feed me, teach me the ways of the invisible realm.
False gods are stretching across the sky.
But snakes like us, we are sentenced to this.
This white fog inferno.
I sense a violent conspiracy around me and within me.
I’m a pilgrim’s shadow wandering through the afterlife.
Destroy me, destroy me, redeem my soul.
Sterile wastelands as far as the eye can see.
This king must die for spring to come.

We are crossing rivers towards death’s other kingdom.
Heaven nor hell would have let us past its gates.
The wilderness had whispered its deepest secrets to me.
But it only echoed loudly within my hollow chest.
Lost souls lift your veil.
Your egos burn with greed and indifference.
We live as we dream.
We’re all alone. 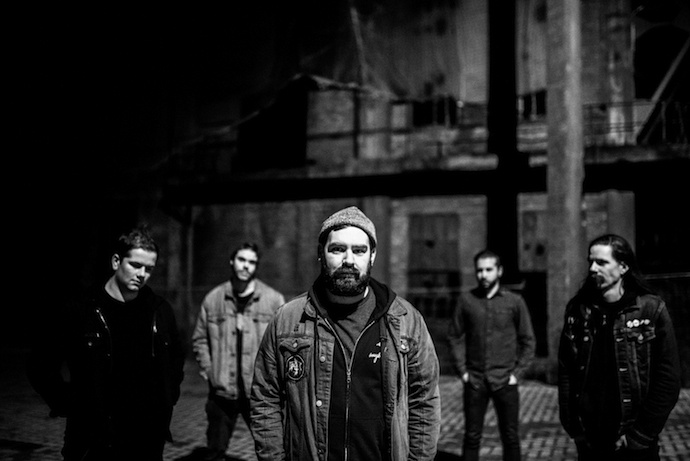 The cadence of “Absent” changes almost constantly. Mid-paced at first, driven by a powerful drum rhythm, it surrounds the listener with waves of guitar harmony and the sheen of trilling leads that seem simultaneously glorious and beleaguered. But the music also erupts in an intense storm of blasting percussion, scalding screams, and fiery, multi-layered riffing that creates a feeling of frenzied desperation.

The drumming continue to morph, as do the riffs, interspersing moods of gloom and wonder, and the vocals change as well, moving from cauterizing shrieks to ominous roars. Glimmering and chiming melodies rise up from the depths of the low-end power and through the relentlessly compulsive drum changes. Jagged, jabbing chords and propulsive bass notes create moments of neck-bending momentum, and flurries of battering snare drum and feverish fretwork light fires of pain, while in the slower movements, the melodies infiltrate sensations of despondency and abandonment, of loneliness and loss.

All in all, it’s an intense but spellbinding experience, and a great example of this band’s formidable talents.

We’ll have more to say about Kenoma before its official release on February 7th. For now we’ll also note that Les Acteurs de L’Ombre Productions will be releasing it in digipack CD and gatefold LP vinyl editions (which feature the wonderful cover art of Cold Mind /// Simon Chognot), and we’ll also include streams of two previously released tracks from the album (the title song and “Amor Fati“) along with our premiere of “Absent”.

SONS OF A WANTED MAN:
https://www.facebook.com/soawm

5 Responses to “AN NCS PREMIERE: SONS OF A WANTED MAN — “ABSENT””