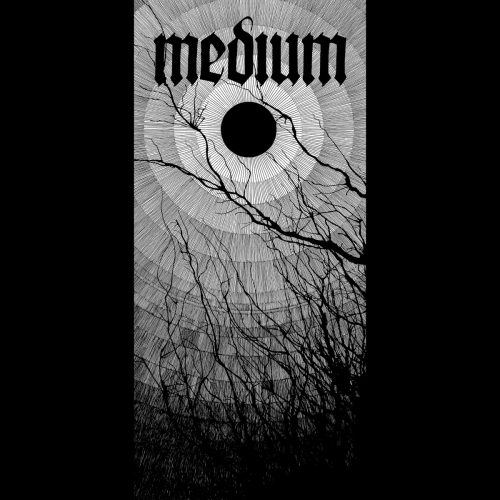 It’s early days yet, but if you’re keeping track of the best metal song names of 2020, “Skullcomet Sorcery” absolutely must go on the list. And in addition to being a fantastically evocative name, it turns out to fit the music like a finely tailored suit.

This song, which we’re delighted to present today, comes from the self-titled debut album by the Argentinian band Medium, which will be released on March 6th by Transcending Obscurity Records. That album presents an electrifying amalgam of grindcore, crust, punk, and death metal that’s capable of leaving a listener battered and bruised, but does more than deliver physical assaults with palpable fury — as “Skullcomet Sorcery” ably demonstrates. 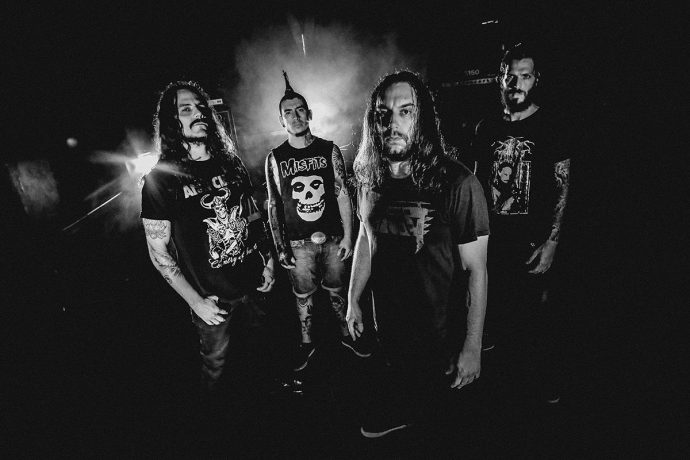 The song’s name is so fitting because there is indeed something sorcerous about it — and because it does strike your skull like a blazing comet. Introduced by rapidly flickering guitar and booming bass and drum blows, the music segues into flaring chords and clobbering tom progressions. And with that attention-grabbing introduction, Medium begin to maul and mangle through a pulse-pounding drum gallop and blaring riffs, augmented by rabid-wolf vocals and demented squirming leads and screeching pick slides.

The song is a savage, punk-fueled romp that’s thoroughly thrilling — but also slows into a bleak, pounding, emotionally mutilating finale. And it’s the kind of song that’s not just physically arresting in the moment, but also one that has a lingering effect after it’s over, both memorable and quickly addictive.

Medium features cover art by Enzo Robles and layout by Turkka Rantanen, and it will be released in a variety of formats that you can check out via the links below. Also below, you’ll find a hellaciously good previously released track named “El Gigante” in addition to today’s premiere.