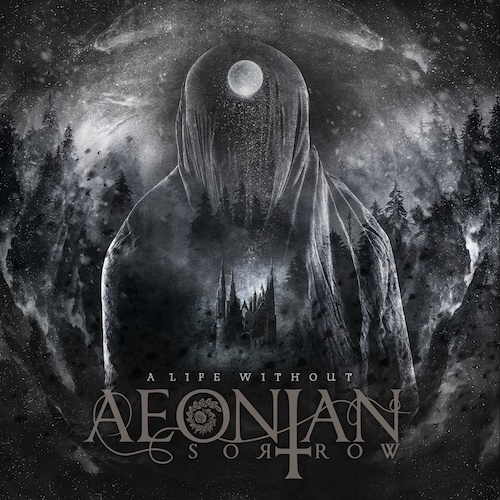 Lovers of enthralling musical misery and cathartic, crushing power have a prize awaiting them on the near horizon, because on January 27th the multinational funeral doom band Aeonian Sorrow will release a mesmerizing and majestically tragic new record named A Life Without, which we are streaming in its entirety today.

This new release follows the band’s 2017 single, “Forever Misery“, and their 2018 debut album Into The Eternity A Moment We Are, and reflects the work of a revised and solidified line-up. For this recording, the band’s founder Gogo Melone (singer, songwriter, keyboardist, and lyricist) was joined by harsh vocalist Ville Rutanen (Red Moon Architect), guitarist Jukka Jauhiainen (Red Moon Architect, Crimson Sun) and drummer Daniel Neagoe (Shape of Despair, Clouds, Eye of Solitude), in addition to previous guitarist Taneli Jämsä (Ghost Voyage, Hukutus) and bassist Pyry Hanski (Mörbid Vomit, Before the Dawn etc.).

While some might call the record an EP, its four tracks are each substantial in length, adding up to more than 35 minutes of dolorous and devastating sounds. And each track is an involving and overpowering experience, each one in its own way portraying (to quote the band) “the eternal sorrow and misery above the earth, the slow death of our souls plus our human nature and instincts under the ownership of grief and pain”. 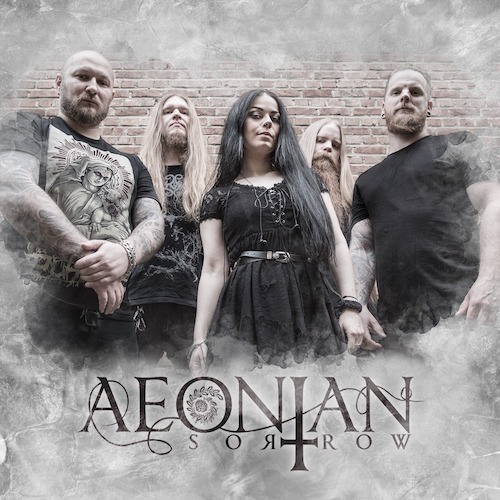 Opening track “The Endless Fall of Grief” begins with a slow fall of glistening piano notes and dreaming synths, joined by the sharp crack and deep thump of the drums, creating a mood of reverie and mysticism. When the vocals come in, roaring and growling in bestial tones, the effect is almost a shock, and they signal a transformation that arrives when the music becomes orders of magnitude heavier and more harrowing. A titanic bass line hammers the listener; the guitars wail and moan; the synths come to a feverish boil. The atmosphere of desolation becomes palpable, and as the piano melody arrives again, and the pace slows, the music wails in grief but also soars in the scale of its tragedy. The harsh vocals are ravaging in their un-chained anguish — and then change into a crystalline and beautifully sorrowing lament. The song mounts to a crescendo of splintering despair, and then ends in tears.

The slow wailing melody at the outset of “One Love” (first released through a lyric video) has an exotic Eastern resonance, like the appearance of a djinn above the vaporous shimmer of a desert oasis in the distance, but the music again becomes massively crushing, and the harsh vocals devastating — but here again Gogo Melone‘s beautiful clear voice arrives to both lift the heart and to sink it, backed by ethereal synths, the ping of piano keys, and continuing methodical drum-and-bass detonations. That combination of earth-cracking heaviness, panoramic synths, and glorious but grief-stricken song is mesmerizing, and when Melone sends her voice into the clouds, it sends chills down the spine. To cap this powerful offering of funeral doom, the harsh and clean vocals join together in a shattering duet, fueling the intensity of the track’s majestic but tragic crescendo.

The urgent pulse of the guitar and the skull-busting power of the rhythm section make the opening of “My Solitude” the most reflexively head-moving passage on the record, while Melone‘s vocals quickly put themselves at the core of the music, both gothically gloomy and extravagantly impassioned, giving voice to a melody that’s embedded with memorable hooks. “My Solitude” also includes a synth interlude that’s otherworldly and hypnotic in its effect, and that serves to make the impact of the grand chords, gut-slugging drums, and tormented growls even more devastating when they return. From there, the song builds in both pacing and intensity, amplified by another ravishing vocal duet, and also gives listeners a chance to begin rocking their heads again.

The ebb and flow of intensity in the album continues, as “Hopeless Suicide” opens with a mournful piano melody and the glacial, groaning stomp of the drum and bass, backed by the shimmer of ethereal synths. The sorrowing piano melody ties the song together as its intensity subsides and magnifies. In the softer moments, Gogo Melone also croons softly and soulfully, her voice expressing depths of loss and longing, and in the surges of catastrophic emotional intensity her voice again sweeps skyward, paired again with those monstrous tormented growls in a way that sears the soul. The slow moan of strings, the bereaved reverberations of the piano, and the enthralling sounds of Melone‘s subdued singing carry us out of the album in spellbinding yet heartbreaking fashion.

A Life Without was recorded, produced, mixed, and mastered by Saku Moilanen at Deep Noise Studios in Finland (with vocals recorded both there and at STV Studios in Greece, and drums recorded at AllSound Studios in London).

The album will be digitally released on January 27th, and physical editions will follow on February 7th. It will be available for streaming and download through such platforms as Bandcamp, YouTube, CD Baby, Amazon, and Spotify.

One Response to “AN NCS EP PREMIERE (AND A REVIEW): AEONIAN SORROW — “A LIFE WITHOUT””