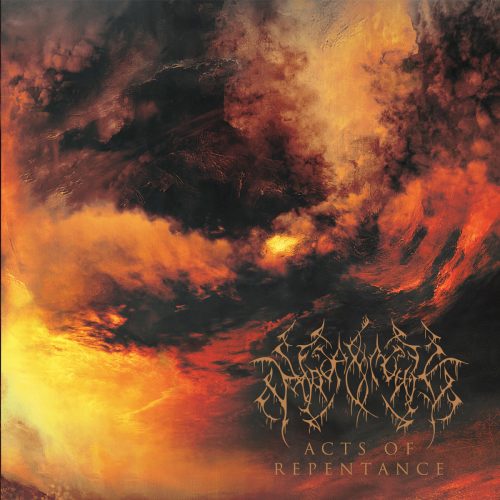 Wardaemonic’s new album Acts of Repentance unfolds in five Acts, and together they create an ambitious black metal pageant that’s grand in its scope, multi-faceted and technically extravagant in its presentation, and relentlessly electrifying. It creates emotionally powerful sensations of mystery and magic, of fearsome peril and rocketing frenzy, of wonder and wild abandon.

So far, Transcending Obscurity Records, which will release the album on March 20th, has made two of those Acts public, and today we’re presenting a third one, whose name is “Sufferance“. 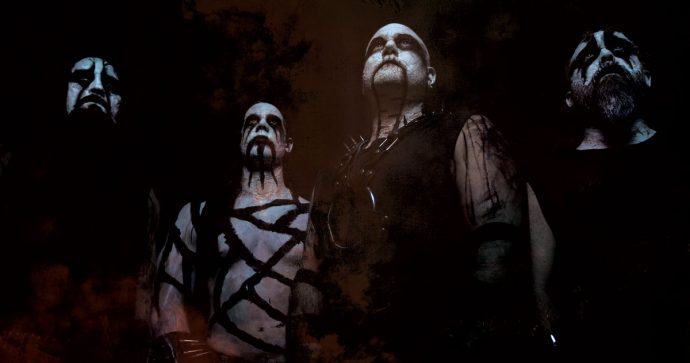 Along with the song we’re premiering today we’ve included streams of those first two Acts, which begin the album, and we recommend that you listen to them first, in order, before becoming immersed in the one we’re presenting for the first time.

The sounds of “Introspection” (Act I) aren’t what the word in the song’s title might suggest to most people. The music pummels and flenses, the riffing a scything storm, the leads a freakish swirling and leaping sensation edged with mangling dissonance, the dual vocals a howling and roaring madness, the drumming a hammering, booming, and somersaulting surge, the bass providing a vibrant pulse. Rapid-fire chord-work segues into grandiose fanfares and soaring panoramic overlays, while the rhythm section delivers neck-cracking jolts and jabs. The song is a frequently changing extravaganza, intricate and head-spinning in its permutations, and unchained in its energy.

There’s a breathless quality to that album opener, and in the second Act (“Admission“), these Australians continue their racing and ravaging assault. The unhinged vocals and the full-throttle speed and technical athleticism on display are a match for “Introspection”, making the two tracks a galvanizing one-two punch. In this case, however, the trilling leads and grand symphonic fanfares often have an anguished and ominous quality, and the dissonant accents powerfully contribute to an atmosphere of disturbing and disorienting frenzy, of frightening peril and uncaged violence.

For now, you’ll have to skip over the album’s third Act, “Castigation“, which hasn’t been made public yet, and instead land at Act IV, which we’re presenting today. While the album’s first two tracks will leave most listeners wide-eyed and breathless, “Sufferance” opens with ambient sounds that quickly create a mood of mystery and wonderment. But those moods are soon shattered by hurtling percussion, seething riffage, and crazed screams. Yet the song also includes reverent and celestial choral voices and cascades of shimmering sound that give the music a very different dimension, as well as magical swirling arpeggios, flares of majestic melody, and morphing bass-and-drum interplay. The song has an unearthly, exotic atmosphere and an enthralling air of mysticism, while also rocketing your pulse into high gear.

There is a fifth Act (“Repentance“), which you will also also have to wait for. Although the presentation of the album so far has been episodic, trust us that making your way through all five tracks, in order and without pause, will be well worth the wait. 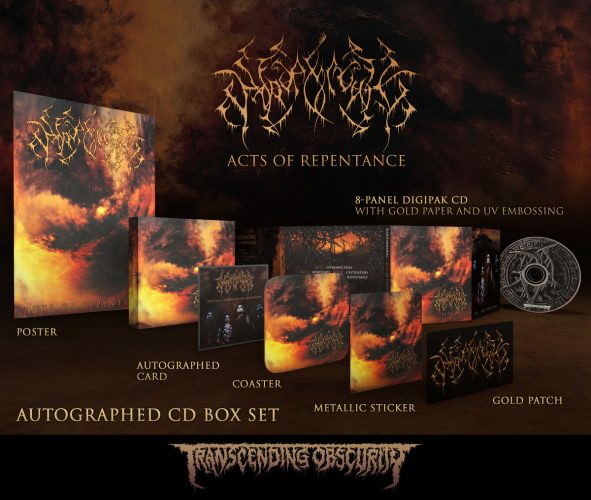 Transcending Obscurity is releasing Acts of Repentance on CD and digitally, with other merch that features the album’s eye-catching cover art. The label recommends the album for fans of Immortal, The Furor, Marduk, Watain, Dark Funeral, Mgla, Blut aus Nord, and Sammath.