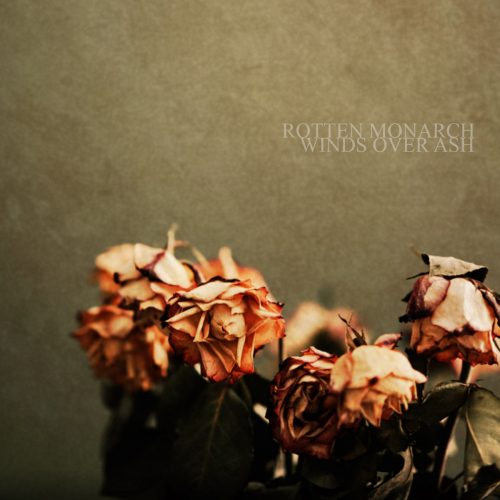 As Rennie wrote to me, this new album “runs the gamut from crushing, slow, trudge, doomed-out death metal to shoegaze-washed melancholy to driving blackened death… The vocals are a ferocious mix of throat-wrenching screams, guttural bellows, and spots in between without the clean singing”. He also pointed out: “There’s little repetition in terms of structure in each song. No verse/chorus arrangements so to speak. Things unfold in a narrative….” And then on the starkweather FB page Rennie wrote even more:

“Rotten Monarch present Winds Over Ash; suitably sandblasting a listener with a wide range of attacks — from the bookends that could comfortably fit on Prowler in the Yard: with one dirge and a razor-storm rapid assault. Things become intriguing with this duo at the songs in between when they take a compact, narrative flow straying from standard arrangements and deftly incorporating disparate styles for offsetting effect. Take songs such as “The Settling Sun” and “A Grey Day” and one could imagine Soundgarden gone blackgaze or Coroner’s cyclical guitar take on “I Want You (She’s So Heavy)” pushed into grime. Even when their music could crossover into rain soaked Seattle alt-rock the scouring vocals are pushing extremes hewing close to Australia’s Cancer and Belgium’s Lethvm. Well worth time to wrap your head around the guitarwork, programming and vocal wrenching of Rotten Monarch.”

I can’t add much of value to that, except to underscore that you can’t fairly judge this album based on any one song. Though every one of them is well worth hearing, the flow among them from beginning to end is a big part of the album’s allure.

Winds Over Ash was released on January 3rd, and you can get a digital download here: 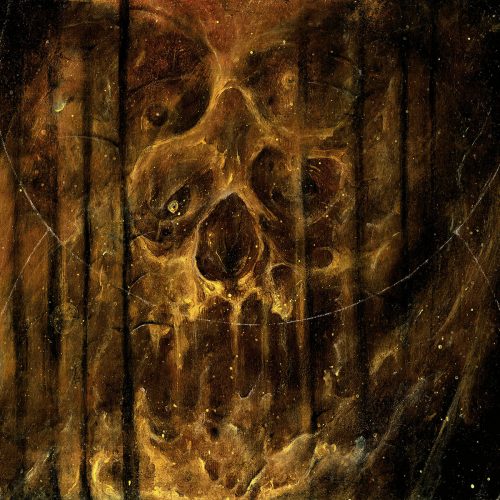 Rennie pointed me to this record too, as did Miloš. Released on January 16th,  Damnatio Memoriae is the debut EP of a Brazilian band named Ìsinkú, who are far, far ahead of what you would expect from a debut release (though the high level of their achievements becomes a bit less mystifying when you see the number of other bands identified on Metal-Archives in which guitarist Adriano Sabino has been involved).

I was so enthralled by the music that I did some googling in an effort to learn about their name. I found that Ìsinkú is the name of a Yorùbá funeral ritual. The Yoruba religious beliefs originated in Africa, and in turn influenced the Afro-Brazilian religion of Umbanda, as well as other sects that practice Voodun. I don’t know if Ìsinkú (the band) were influenced in their choice of name by this, but I mention it anyway. In any case, the music is itself magical (though if you’re expecting instrumental or melodic accents native to Brazil or Africa, you’re in for a surprise).

Ìsinkú are adept at creating powerful dramatic melodies with a cinematic sweep, and dark immersive atmospheres of mystery and menace, of gloom and grandeur. The vocals are searing, way up high at the limits of human screaming, and the leads rapidly flicker up in the stratosphere too, but the music also has powerful low-end undercurrents that heave and pulse in a way you can feel in your core. As Rennie observed, on some of the songs “the drumming is complete adhd, never really in the pocket on the fast parts, but it works frenetic magic”.

It’s easy to get lost in this album, and to be carried away by it, through phases of despondency, despair, and exhilarating ecstasy. Great cover art too, for which credit goes to Ars Moriendee. 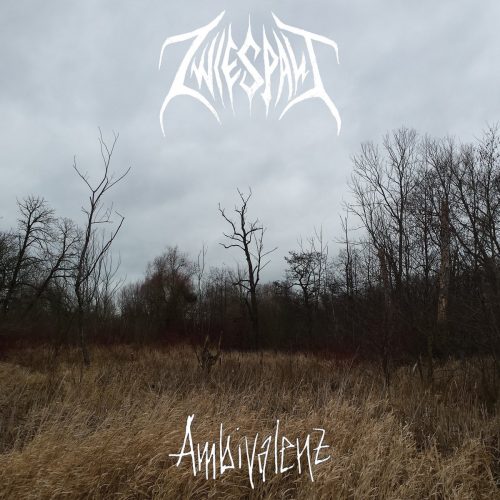 I was inclined to check out this next EP because the band, Zwiespalt, includes members of Zeit (fur on vocals and win on drums), a German band I’ve been following closely for years. Ambivalenz is its name, and it includes (as the band say) “seven short tales about the blessings and curses of interaction, isolation and iteration”.

The riffing and the absolutely unhinged vocals have a raw, lo-fi quality, but the drumming has the kind of organic sound that makes you think you’re listening to them right inside a jam space. The drumming repeatedly shifts gears, but even when they’re not hurtling and somersaulting at maniacal speed they always give the music an electrifying immediacy.

The emotional timbre of the melodies carried by the rapidly buzzing fretwork is bleak and bereft, tormented and tortured. The fevered wretchedness and fury in the songs are palpable and penetrating, and those riffs have a way of getting stuck in the head, even as they’re bruising your soul with their depressive and despairing qualities. 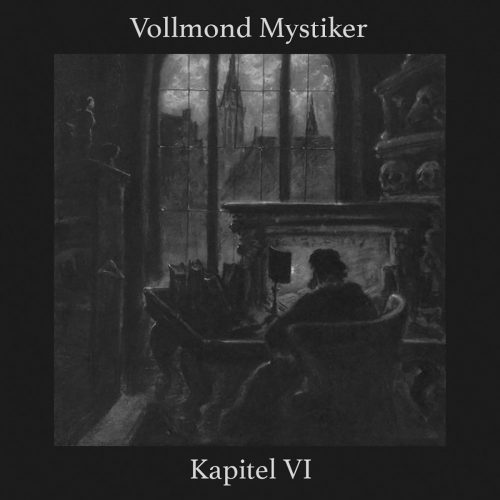 This makes three out of the four releases in this collection that I learned about through Rennie. Though my own ego is a bit bruised by not being able to take greater credit for the curation of so many choices, it’s robust enough that it will be back to its usual over-inflated self in no time at all. (Might need a few drinks to help the inflation, but so what else is new?)

Enough about me. Vollmond Mystiker are /is a Russian band who had the good taste to use a charcoal drawing of “Faust” by Carl Gustav Carus for the cover of their debut demo Kapitel VI, which was released on January 7th. But of course I’m not spilling words about them here just because they made a good choice for their cover art.

In his message to me, Rennie summed up the demo in this way: “DSBM music with a lot of post-punk bordering on goth vocals. Cool contrast. There are stock bm vocals involved, too. but, I think the contrast is what makes it”.

The varying vocals spread across the demo are no doubt one of its most fascinating qualities. The tortured wailing, dismal singing, and deep ominous recitals in the first track, paired with the song’s dirge-like pacing and utterly wretched yet also otherworldly melody create a deeply chilling effect. The song has a heavy and heaving undercurrent, and while the riffing is tuned to scratchy, discomfiting levels of distortion, there’s also an eerie sheen that glows from behind.

The second track is similar in all these respects to the first one, though the organ-like keyboard chords and shimmering synths (paired here with a moody bass line) are more prominent than before.

The pacing of the final track, for most of its duration, is even slower, and if anything the music is even more haunting and nightmarishly eerie, its ethereal melodies ghost-like (and poisonous) in their feeling. This is the track where blood-freezing black metal rasps emerge, like caustic whispers from beyond the grave, though distorted gothic vocals also appear. About mid-way through, a more animated drum rhythm quickens the pulse, but we’re soon drawn back into an incorporeal horror realm of cold souls and vampiric wraiths.

Yes indeed, Vollmond Mystiker made a fine choice for the cover art of this demo.