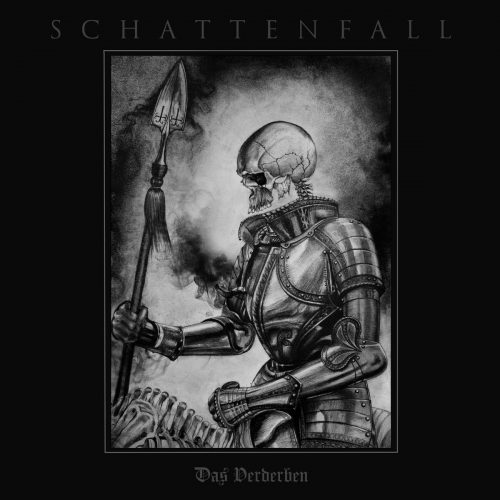 Unlike many other metal sites, we didn’t try to assemble a list of “most anticipated” 2020 releases as a way to help turn the clock from the old year to the new. It might have been a good idea (and we’ve done it in the past), but shortness of time and an abundance of other distractions prevented that. However, if we had created such a list, I have no doubt that Schattenfall’s new EP Das Verderben would have been on it.

I first drawn to this Germany-based band’s 2017 debut album Schatten in Schwarz because their line-up included two former members of the fantastic White Ward, and that album turned out to make a stunning impression. Perhaps even more stunning was the band’s second album (which included new vocalist Stefan Traunmüller of Golden Dawn, Rauhnåcht, Selenite, The Negative Bias, and Wallachia). I gave significant attention to the preview tracks as they emerged, and Andy Synn acclaimed the album in his review as one of his favorite black metal albums of the year so far, and home to manifestations of “gloriously melodic misery” that were “second to none”.

No wonder, then, that we have been excited for this new three-track EP — and equally excited to present the first preview track today, in advance of the EP’s co-release on February 28th by Redefining Darkness Records (North America) and Wolfspell Records (Europe). But you had best steel yourself before listening to “Totentanz“, because its emotional intensity is absolutely ravaging. 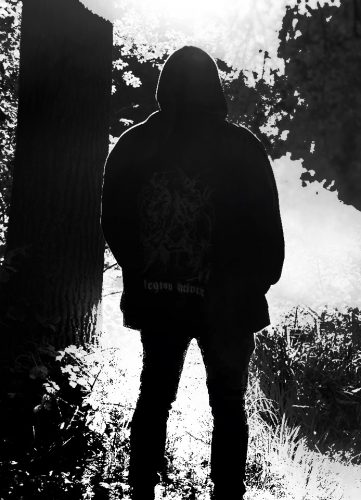 There have been further line-up changes since that stellar 2019 album. Founding guitarist/bassist Vladimir Bauer is still at the helm, but here he is joined by drummer Evgen Karamushko and by new vocalist Kurt Enzi (Ragnar), who is also known for vocal work with Theotoxin and his guitar performances with Anomalie.

Mysterious and moaning bass tones backed by the rapid shimmer of cymbals begin “Totentanz“, but that eerie and downcast beginning is interrupted by a sudden crash of sound — a combination of skull-plundering drums, mind-saturating guitars which escalate to a boiling frenzy, and savage lycanthropic howls (which become truly stunning in their unchained savagery and tormented wretchedness). That bleak bass motif at the outset becomes the foundation for strains of melody that continue to move like a leviathan through the song. That melody morphs into something more dire and desolating as the drums erupt in bursts of blasting, which together with Ragnar’s tortured cries drive the music to heights of soul-splintering intensity.

The heaving heaviness and jolting ferocity of the song can’t be understated, but it’s the music’s shattering emotional impact that leaves the most lasting impression. so much so that it may take minutes for the goosebumps to settle into your flesh again.

Redefining Darkness recommends the new EP for fans of such other depressive/atmospheric black metal bands as Sun of the Sleepless, Secrets of the Moon, Geist, and Lunar Aurora, while also invoking the names of such early avant-garde black metal groups as Ulver, Arcturus, and Ved Buens Ende.

The EP’s cover art was created by Valeria Metzker, and it’s available for pre-order now in a 4-panel digipack CD edition, as well as digitally.