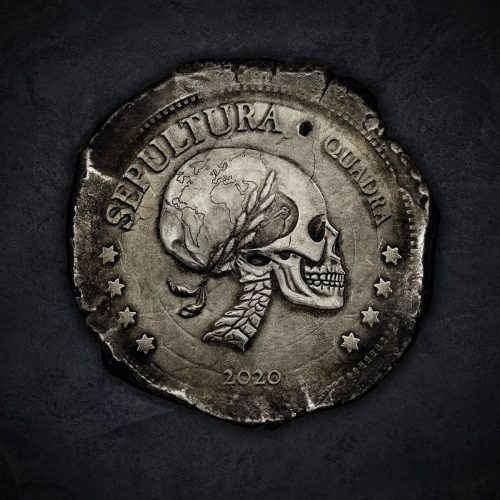 (Andy Synn reviews the new album by Sepultura, which will be released on February 7th by Nuclear Blast.)

People occasionally ask us why it is that NCS focusses mainly on underground and/or lesser-known artists over bigger and more famous groups.

The truth is that, as much as we enjoy a lot of big-name bands, it’s simply much more fun, and much more rewarding, to write about something fresh and new than it is to keep on rehashing the same old talking points about the same established acts, about whom there is often very little new to say.

After all, no-one needs to read yet another fawning article about how the new Tool album is the greatest thing to ever happen to music (even though no-one’s heard it yet) or some bored writer’s attempt to explain why Slipknot’s decision to fill most of their new record with radio-friendly ballads is actually the most extreme and rebellious thing possible. Those pieces have been written a million times already, so what more could we possibly add? Heck, what would we want to add?

But there are certain occasions – maybe we feel like we have a fresh angle to cover, or simply want to provide a more balanced and hype-free assessment than the ones we’ve found elsewhere – when we decide to break this self-imposed embargo and dedicate some space to an album or artist who doesn’t necessarily need it… but definitely deserves it. 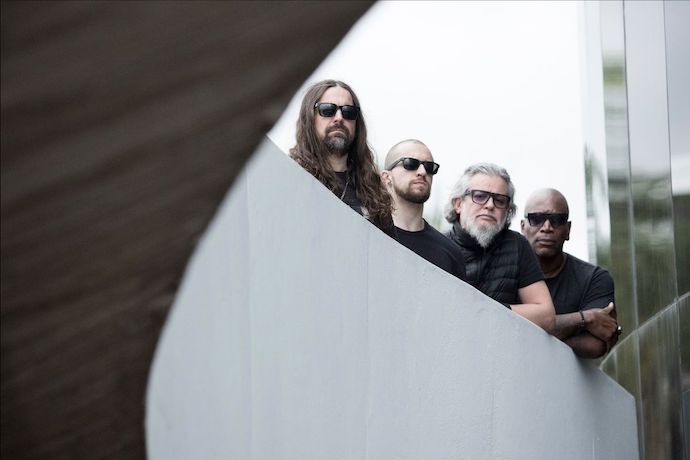 As befits its name and theme, the new Sepultura album is split, roughly-speaking, into four sections/quadrants, each of which focusses slightly more on a different aspect of the band’s sound from over the course of their career.

The opening triptych of tracks – “Isolation”, “Means to an End”, “The Last Time” – represent possibly the closest thing to true Thrash which we’ve heard from Kisser and co. in decades, and hearken back to the classic era of Beneath the Remains/Arise (and, trust me, I went back and re-listened to both albums just to make sure the comparison was valid).

Of course none of the three is a straightforward, carbon-copy, of those early efforts – the subtle splashes of symphonic swagger found on “Isolation” and “The Last Time”, for example, are clear products of the band’s more recent, more grandiose, ambitions – but there’s so much frenetic energy and frantic, thrashy riffage, propelling them that the intervening years between then and now all seem to just fade away.

No less effective is the subsequent trilogy of killer cuts, which shifts the focus slightly towards the crunchier grooves and tribal percussive patterns of Chaos A.D., etc, while still maintaining the same sense of urgency and aggression (particularly during the punishing “Ali”) throughout.

And while Kisser’s guitars remain the focal point (with this entire opening sextet of songs featuring some of his heaviest, hookiest riffage and most wilfully warped, ear-worm lead parts), it’s no surprise that the chunkier, groovier nature of tracks like “Capital Enslavement” and “Raging Void” allows the dynamic rhythmic duo of Palo Jr and Eloy Casagrande (once again proving that hiring him to replace the departing Igor Cavalera was the band’s best decision in years) a chance to really shine.

Part three, such as it is, finds the band leaning more into the symphonic/orchestral/progressive ambitions which they’ve displayed – for better or worse – on several of their more recent albums, beginning with the philharmonic, Dimmu-esque intro to “Guardians of the Earth” which, thankfully, doesn’t overplay its hand in this regard, and makes sure to bolster its more melodramatic moments with some impressively tight, taut, and terrifically heavy riff work too.

Sadly, however, this is where the album starts to stumble a little, as neither unexpectedly thrashy (albeit slightly superfluous) instrumental track “The Pentagram” or the pounding “Autem” seem to follow on from, or fit particularly well with, the tone established by “Guardians…” (“Autem” in particular feels like it would have fit in far better with the album’s first half, both in terms of style and sheer power).

Similarly the minimalist instrumental interlude of “Quadra” adds very little to the proceedings, and while neither “Agony of Defeat” nor “Fear, Pain, Chaos, Suffering” are bad tracks overall, tonally-speaking both songs are so divorced from the rest of the album that it’s hard to feel like they really belong.

And yet… and yet… despite this late-breaking sense of discontinuity (ironic, or perhaps appropriate, considering this record is meant to represent all the various stages of the band’s career) for the most part Quadra really works, especially during the harder, thrashier material which represents an unexpected, though far from unwelcome, return to the band’s roots (although not, thankfully, a return to Roots).

Yes, the band’s more “serious” (some might say “pretentious”) musical ambitions sometimes work against them. Yes, there’s an argument that the music might have been better served as a series of separate (but interrelated) EPs. And, yes, an entire album of thrashtastic throwbacks like those which make up the first half of the record was probably a little too much to expect.

But, ultimately, Quadra provides a fine showcase for just what the Sepultura of today – grizzled veterans who still haven’t forgotten the fire of their youth – are capable of, from the good, to the bad, to the badass.