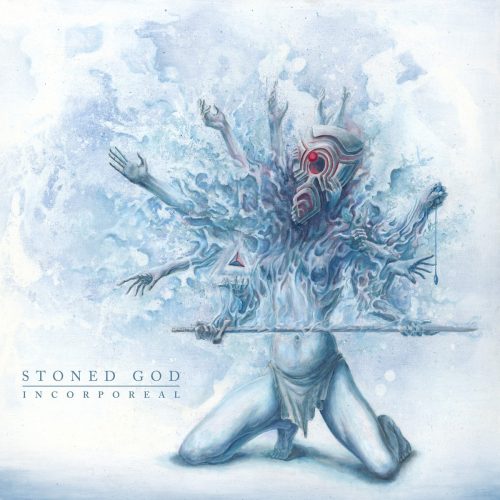 (This is Andy Synn‘s review of the just-released second album by the German band Stoned God.)

There’s a hoary old cliché (with, let’s be honest, some solid basis in fact) that the older you get the less open you are to new sounds and new bands.

Thankfully this hasn’t happened to me yet (and hopefully never will), but I must admit that the more music I’m exposed to the more I seem to be tightening up my standards (although some people still seem to think I like everything equally… which is definitely not the case).

What this means, of course, is that while I still have no issue celebrating and supporting albums which I think are worth listening to, even if they don’t necessarily hit the heights of true greatness, it generally takes something really special to excite me to the point where I start ranting and raving at anyone who’ll listen about how they have to listen to this band/album right now!!!

It doesn’t even need to be something that reinvents the wheel or changes the game – it can just be something that twists or tweaks, or otherwise iterates on, an existing formula in a fresh, exciting way – as long as it gets the neurons firing in that special way, that’s all that matters.

So, with all that in mind, I’d like to introduce you to Prog-Death powerhouse Stoned God. 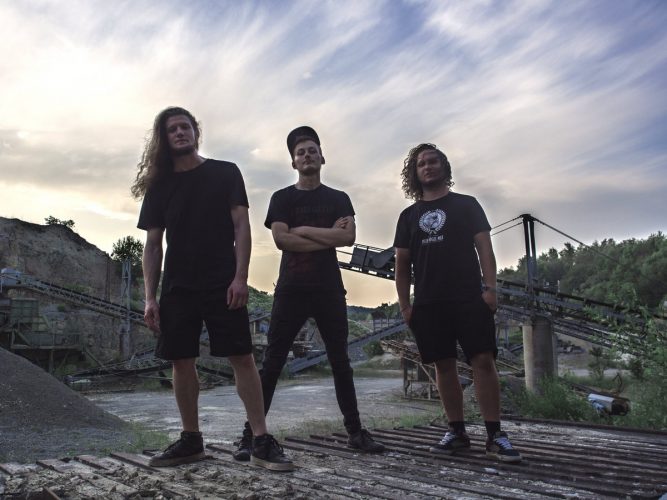 Released onto the wider web yesterday (with the band playing their official release show in Göttingen this evening, so if you’re in the area… maybe head on down?) Incorporeal is, in my opinion at least, one of the most impressive albums of the year so far. And while I know it’s only February, so maybe that’s not saying too much, don’t be surprised if you see this one making a reappearance in my year-end list(s) in December. It really is that good.

Making reference to bands like Strapping Young Lad, Rivers of Nihil, and Gojira – all recognisable influences/comparisons, to a greater or lesser extent, particularly that middle one – this German trio have developed an impressively distinct and densely-packed sound which balances punishing power, proggy melody, and subtle technicality in equal measure.

Imagine if you will a nexus point between the laser-guided precision of Darkane, the heavy grooves and humongous hooks of Fit for an Autopsy, and the prog-tinged creativity of the aforementioned Rivers of Nihil. Fill it with energy and emotion, intensity and aggression. Give it some bold, bombastic production. Do all that and you’re probably most of the way towards getting a feel for what Incorporeal sounds like.

That’s not to say that Stoned God are in any way derivative – boy howdy do these guys stamp their identity on every single song – it’s just meant as a way to help you all know what you’re getting into before you push that ever-tempting “play” button below.

Picking out singular aspects of the band’s sound to highlight for extra praise or attention is a difficult task. This may only be their second album (following on from their endearingly scrappy 2016 debut, Discordant Divinity), but Stoned God really do feel like the complete package already.

Whether it’s the intelligent transition from raw intensity to expansive melody which underpins “Dethrone the Traitors”, the belt-fed blastbeats and rampaging riffs of “Illusion”, or the proggy slow-burn and gigantic grooves of “Artificial Sun”, every one of these nine tracks has its own identity, its own sense of self. None of them ever threaten to blend or blur together, although they do flow together pretty seamlessly, each a vital part of a much greater whole.

One thing that perhaps does need to be pointed out, however, just so you’re not caught off guard, is how much clean singing there is on this album. In fact, the very first line of attention-grabbing opener “Celestial Deicide”, is a sublimely sung display of melody and emotion reminiscent of Darkane’s Lawrence Mackrory or The Ocean’s Loic Rossetti.

Of course, there’s a lot of heavy, aggressive vocalisation too, as guitarist Steffen Hustert possesses a suitably gnarly and gravel-throated growl that helps give the music a rawer, more human element even at its proggiest or most technical.

But it’s this bold use of melody – whether adding an extra touch of desperate melancholy to the tech-tastic “Alive” (echoing, for a moment, the similarly anguished delivery of Cattle Decapitation’s Travis Ryan) or counterbalancing the SYL-like intensity of “The Decadent Blind” with a dash of melodic magic – which speaks volumes about the band’s growth and evolution, not to mention their clear confidence in what they do, using these more harmonic moments to expand their creative palette without ever feeling formulaic or predictable.

Truth be told, the only disappointing thing about Incorporeal is the fact that it ends as soon as it does (although, if I’m being honest, 42:40 feels like exactly the right length for this album).

That being said, “Glowworms” is such a great closer – all intricately layered riffs and melodies and vibrant vocal patterns – that it’s practically impossible not to immediately cue up the album for another spin.

Make no mistake about it, this is a very, very good album indeed. One of my favourites of the year so far, in fact. It’s an album with a clear vision, and a distinctive voice, from a band whose creative ambitions are matched only by their impressively intense execution.

Also… how good is that artwork? Never underestimate the importance of a good album cover my friends. I probably wouldn’t have discovered these guys without it!