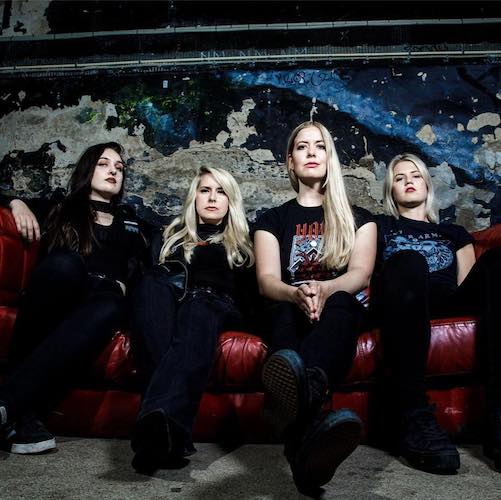 (Our Russian friend Comrade Aleks caught up with a rising star within the Napalm Records roster, and co-produced this engaging interview with Heidi Withington Brink, bassist of the Danish band Konvent, whose debut album was released by Napalm Records late last month.)

The modern death-doom scene is overcrowded with a host of bands – both old and new. Sometimes it’s hard to find something different, but you’ll remember Konvent for sure.

Formed in Copenhagen back in 2015, this all-ladies band provides thick, powerful stuff with inhuman growling vocals and a low vibe. They aren’t that brutal, like Derketa for example, but they’re remarkably heavy and depressive.

Konvent’s debut full-length Puritan Masochism was released by Napalm Records on January 24th, and with the help of Mona Miluski we’ve caught the band right in the middle of their tour. Heidi Withington Brink (bass) provided comprehensive answers to all our questions despite the stirring life of spreading death and doom over Europe.

Hi Heidi! Puritan Masochism is out, and I bet you’re busy promoting the release. How does your tour go?

Hi! Yeah, we’ve been overwhelmed with the attention our album is getting and it’s really exciting to see how people are reacting to it! The tour started on the 24th of January, when the album was released, and our release concert the day after in Copenhagen was almost sold out! But all in all we just can’t wait to get started and visit places we’ve never taken Konvent before, such as Sweden, Norway and the UK!

The band was originally started in 2015. Did you spend all this time working on Konvent’s formula? How would you sum up it?

The first year we pretty much spent on getting to know our instruments and each other, but we quickly started working on our own material, and the demo that came out in 2017 was a result of that. Then we played a lot of shows around Denmark, and that really helped us grow as musicians and as a group! During all these shows we were also working on songs for a debut album, but it was a very slow process! It wasn’t until after we got on Napalm Records that we really stepped it up and got to finish it. 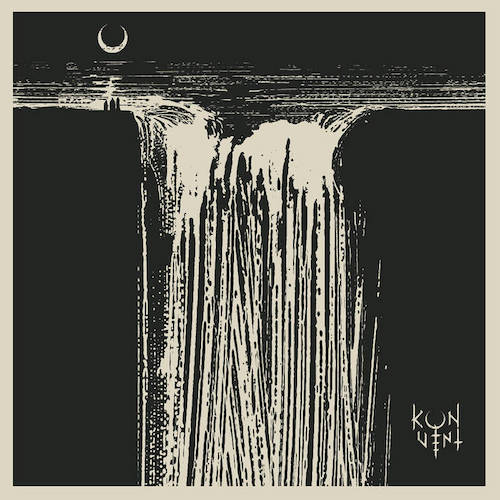 With what kind of bands did you share the stage during this period? There aren’t many doom bands in Denmark, so I wonder who was your company?

There’s a lot of good bands here that we’ve shared the stage with, not all are doom though. And we really like to play with different bands and not only play strictly doom shows, since most people listen to different genres of metal. But bands like Dirt Forge, Alkymist, Heathe, KATLA, Dead Witch, Solbrud, Morild, Afsky, EYES, and OLM are all bands from the Danish underground that we’ve played with. And we can only recommend giving them a listen!

There haven’t been many doom bands with only ladies in the lineup during the whole doom history. Derketa was first, then ShEver appeared years later. Did you consider recruiting a man into Konvent?

When our original drummer, Mette, left the band for her studies, we had to find her replacement and we actually searched for both men and women. But the best choice was Julie, who was the girl we had in the first audition. It just clicked! If we ever need to replace another member I don’t think we would limit it to only women, because it’s about chemistry and how well that person is going to fit into the bond you have in the band.

So that means you have the right chemistry now with the current lineup. How do you share duties inside the band? Do you have someone who’s responsible for music or strictly for lyrics or gigs’ organization?

We all play a role in getting the practical machine to run behind the music. Rikke is handling a lot of the interviews, since she is also very good with words, but we all try to do our part here as well. Julie was involved in the communication regarding the music videos. Sara is the financial boss in the band, keeping a track of that side. I handle most of the communication with Napalm Records and Napalm Events and the overview of social media.

But we are trying to make everyone involved in everything so that all of the responsibility doesn’t fall on one specific person, because we all have to know what’s going on J

I didn’t find any information about any of the Konvent members’ musical background. Is it your first band?

Only Sara had a band previous to going into Konvent. She used to play in, like, a garage rock/punk band when she was younger, but hadn’t played for many year before Konvent started. Everyone else pretty much started learning their instrument in the band. I recently started playing in a punk band with a few other friends, because I really wanted to challenge myself and my abilities as a bassist.

What’s the perfect doom death epitome for you? What kind of sound did you want to get at in the studio?

We really wanted that raw, gritty sound, as if the music is coming from the abyss! And that’s why we chose to work with Lasse Ballade, because he had made a bunch of cool records that we really admired. 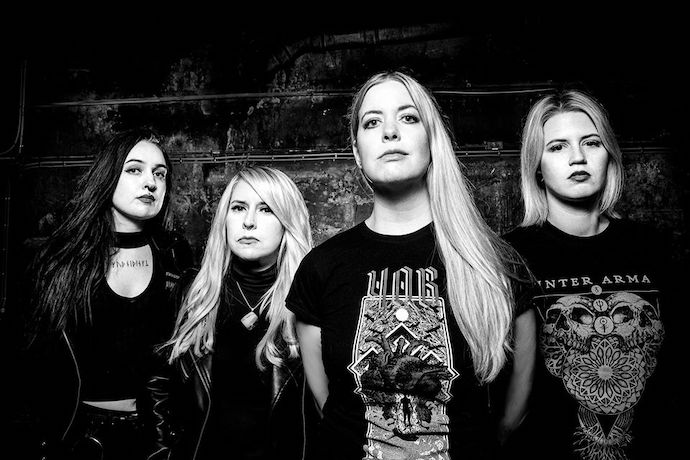 Puritan Masochism is quite a provoking title. What meaning do you put in the album’s name?

Puritan Masochism is the title for our first single from the album as well, and it was the first track that was finished for it several years ago. The song is about how we humans have a tendency to put ourselves in situations where we don’t feel good enough. With this song we’re hoping that people will identify and question their habits of doing that. We felt like this would be a great album title because it was something we really resonated with!

Do lyrics play an important role for you? Or do you see vocals as only another instrument?

It definitely plays a big role! We all really like when the music has something to say in one way or another. And Rikke has been great from the beginning at writing really cool lyrics with themes we could all recognize. We’ve also had several songs where we would collaborate on the lyrics and give Rikke a certain topic that me or Sara felt like the melodies were about, and that always worked out great!

For example, “No End” on the demo was about the time after I lost my grandmother and how you feel mourning the loss of someone you love. On the debut album, we also collaborated on the tracks “Ropes pt. I & II”. The first is a song about being close to someone who is going through a rough time, and the second one is from the other perspective and how that person is dealing with feeling the way they do. 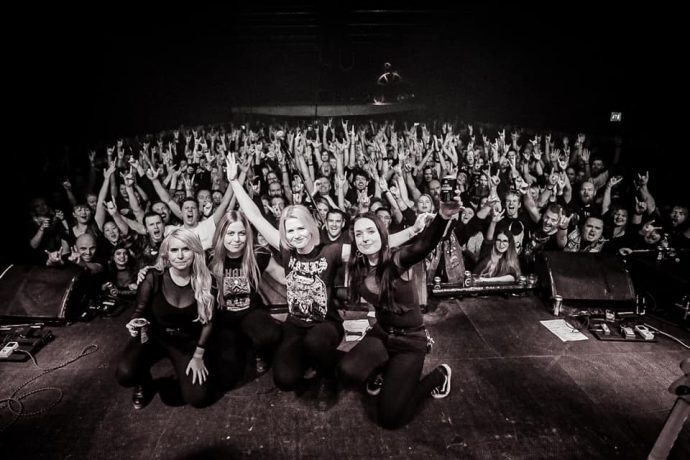 Great to hear it! I really appreciate such an approach to lyrics. You didn’t include any songs from your demo (2017) in the album. Didn’t you find them good enough for a full-length? Do you perform some of this material live?

We weren’t allowed, to be honest. Our record label only wanted new songs for the debut album. But we also really wanted to make new songs, because some of the demo songs were from 2016, and we felt like we had evolved as musicians. So we knew we could make even better songs if we just pushed ourselves. We still play “Squares” live sometimes and we will probably play some of the other ones when we go on tour, as well as the new album.

Did you ever play covers on your gigs? Which songs did you choose?

No, we’ve never done a cover song live. In the beginning we just couldn’t play very long, because we just didn’t have enough original tracks. But we always made sure that the bookers knew that before J The only cover song we’ve ever done was the first couple of times we met up back in 2015. I had just started playing bass and the only song I knew how to play was “Seven Nation Army” 😀

There was a song ‘Chernobyl Child’ on the demo. Was the song inspired by the catastrophe in Chernobyl, 1986? Do you feel it’s important to draw people’s attention to real stories of human failures?

A lot of our songs have in some way been about losing control in one way or another. And the Chernobyl crisis was definitely a huge loss of control for a lot of people.

The idea for the song occurred during a conversation between Rikke and her mom about the  Chernobyl catastrophe. The Danish authorities had warned pregnant women that their fetuses might get infected by the radiation, and Rikke’s mom was pregnant with her at the time. Luckily that wasn’t the case, but it spawned a story of the worst case scenario in Rikke’s head — a story of a radiated fetus growing into a deformed child who later becomes a swamp monster. This song is not political and it’s probably the closest one we have to a fairy tale.

I’ve seen that you’ve already had enthusiastic feedback on Puritan Masochism. Which features would you list as the album’s strong sides?

I’d definitely say the vocals together with the riffs play a big part, and the fact that we left the music to breathe, without any solos or too many effects. But also the production from both our producer Lasse and Dan Swanö, who did the mastering. They both did an amazing job and we couldn’t be happier with the result! 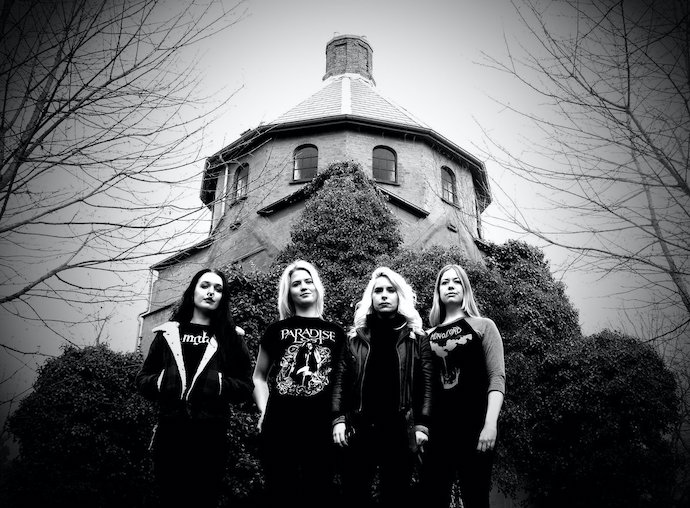 How intensively do you aim to play live with Konvent further? Does the label solve all questions concerning gigs and tours?

We would really like to go on bigger tours and play more festivals, as long as it can work out financially. And we are steadily getting more offers, so that’s really exciting! Our booker Thorsten, from Napalm Events, is handling all our offers, but we often get messages directly from bookers who want to put on a show with us and then we just direct it to him.

The doom-death scene is overcrowded nowadays, so how do you value your chances to rise up? What are your expectations?

We are already so happy with what’s happening for us at the moment and we just try to enjoy it as much as we can and not put too much pressure on ourselves. But of course it would be awesome to be support for bigger bands and get to tour more and continue to put out music that people will want to hear.

Okay, thanks for your answers Heidi! I wish you all the best on the road. Would you like to add a few more words to sum up Konvent’s message?

Thank you so much for wanting to do this interview with us! If anyone gets curious to find out what we’re about, then check out our music on the different streaming platforms or buy it from Napalm Records. We hope you like it and that we see you out there at a show at some point! J

2 Responses to “AN NCS INTERVIEW: KONVENT”