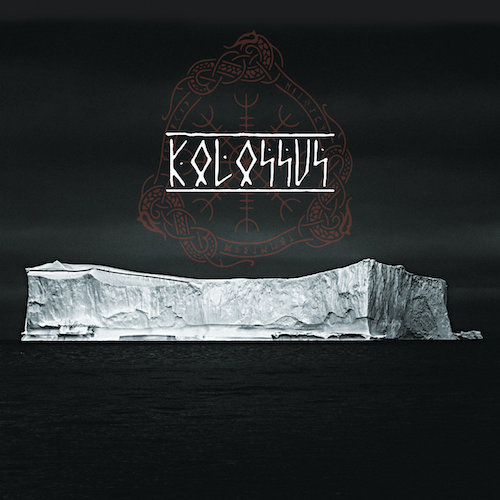 Although the solo project Kolossus has sprung from the mind of a vocalist and multi-instrumentalist (Helliminator) who is located in Italy, he has drawn his inspirations from such northern bands as Taake, Enslaved, Emperor, and Helheim, and has devoted himself to the creation of Black/Viking Metal. After a split (The invocation of Makt) with Manon was released in 2019, Kolossus has now recorded a debut album called The Line of the Border, which will be co-released on March 19th by Satanath Records (Russia) and The Ritual Productions (Netherlands).

For this debut full-length, Helliminator composed the songs and the lyrics, and performed vocals and all instruments other than the drumming, which was executed in astonishing fashion by Emanuele Prandoni (Anamnesi, Simulacro, Ancient). The album also features two guests on particular tracks, with Vicotnik (of Dødheimsgard, Ved Buens Ende) contributing vocals on the album’s first preview track, “Norge“, and a musician named Daisy who performs solo guitar on the track we’re about to premiere — an explosive song named “Journey“. 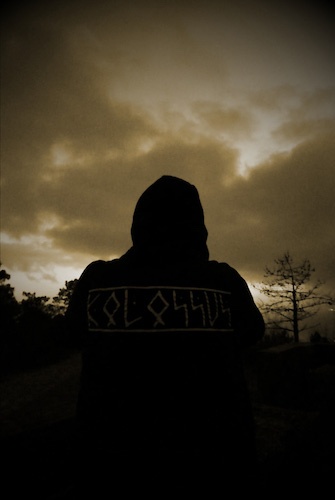 “Journey” does begin in a solemn way, but it abruptly erupts in a blinding surge of hyper-speed drum blasting, writhing and roiling riffs, and mind-lacerating screams. It’s a wild and riotous explosion of sound, but grand, chiming tones rise up from within the ravaging storm. Even when the drum rhythm becomes more moderate, bursts of double-bass maintain an undercurrent of high energy, and at those times, when the incendiary riffing transforms into gleaming and glorious tones, the vitality of the song is still tremendous.

The rippling and swirling melodies soar, though the roaring vocals, the blistering drumwork, and the sheer density of the sonic assault continue to give the song a ravaging and warlike countenance. Solemn vocals reappear, and there’s a bit of a tragic resonance in the melody as the song breathtakingly hurtles toward its conclusion, but the overall experience is head-spinning — so much so that it takes much more than a single listen to fully appreciate.

The Line of the Border is available for pre-order now via the links below, and also below you will find a stream of “Norge” along with today’s premiere of “Journey“.