(Atlanta-based NCS contributor Tør is hoping to attend the 2020 edition of Steelfest in Hyvinkää, Finland, on May 15-16. This year the open-air festival will include such bands as Deicide, Sodom, Moonsorrow, Primordial, Venom Inc, Nifelheim, Impaled Nazarene, and many more. In this interview, Tør spoke with Steelfest founder Commander.)

Tell us a little bit about the concept and history behind Steelfest. What motivated you to organize it and how is it different from other metal festivals?

Steelfest started over a decade ago, 14-15 years ago, as a private “festival.” In the beginning, it was just local bands, friends, and lots of beer. I think in the first few events, there were more band members than the audience. So just the normal underground activity as usual.

I don’t remember how it happened but one day we just decided to change the venue and try to sell some tickets. We didn’t really think about what kind of bands or genre we wanted to focus on. We just invited bands what we liked at the time, and of course those we could afford to invite.  In the first years, we had seven guys doing this and it really showed in our lineups. So, we didn’t have much of a [cohesive] idea about what we were doing or what kind of festival we wanted to do.

Nowadays, there are just two guys including me behind our events. So in the last four or five years we have founded the path that Steelfest is now on. As we concentrate on the underground and extreme side of black/death metal and other obscure controversial stuff, I would like to think that Steelfest is different because of its whole atmosphere. Atmosphere made by the venue, bands, audience and all of Steelfest’s volunteers crew. Usually, Steeefest includes some rare artists which you cannot find in other festivals. So maybe that also is something that is unique to us and what we are known for. 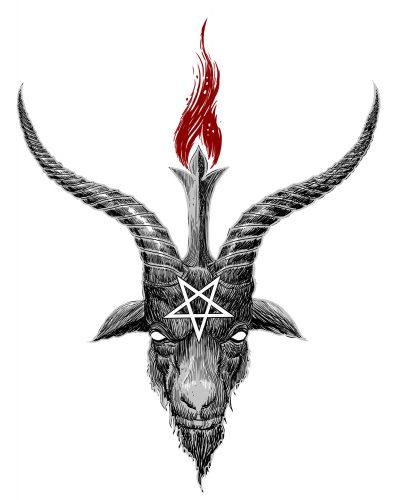 What were some of the highlights from last year’s edition?

For me, the highlight is always seeing people from around the world.  I appreciate that dedication that people have towards Steelfest. Without this worldwide audience Steelfest definitely would not exist. Also, having a few beers with new and old friends isn’t a bad thing.

The lineup looks absolutely bonkers with the likes of Deicide, Sodom, Moonsorrow, Misþyrming, Akitsa, and many others. What influenced the band selection?

This is a hard one. I really don’t overthink it. Maybe it just reflects what I would want to see in a festival. I know many festival promoters follow record sales, Spotify or YouTube stats, or social media followers, and makes decisions based on those numbers. In my opinion, that just ends up being one more mediocore “black metal or metal” festival.

Of course, I spend lot of time finding new stuff which surely takes time. 99% of all new black or death is without any vision or dedication. They are just moving with the trend. Luckily, we still have this 1%. This 1% is what I try to get on stage at Steelfest.

I have a clear vision of what Steelfest is all about. This vision guides me when choosing the bands. To explain that vision is a different story.

I know that international fans are a big part of Steelfest. What are you hoping to see this year in terms of fan numbers, and what can visitors (especially those from outside Finland) expect to see at the event?

Yes, like I said, without the worldwide audience, Steelfest definitely would not exist. 40-45% of our audience is abroad and from over 30 different countries. I don’t really know whether Steelfest has fans as a festival, per se. People will come if we have the right selection of bands and I do my job without compromising.

Any recommendations on accommodations, food, and of course beer?

Another good option is to stay in Helsinki, which is just 35 minutes away from the festival. Trains go 24/7 between Hyvinkää and Helsinki. The festival is itself in the middle of the city. So there is a good variety of services within a 200-300 meter radius. For the beer, I can say the that cheapest quality lager can be found at the festival. We do not rip off our guests and make them pay “festival prices” on the beer. On festival grounds we have various options such as food trucks, so those might be something to try. In the city, we have the usual fast-food chains, and a mall just 200 meters from the festival gates offers various options.

Outside of music, what does Hyvinkää have to offer the fans?

Silence. Easy access to nature. Also interesting jobs at international companies such as Kone (global leader in the elevator and escalator industry) plus easy access to services and hobbies both locally and within the larger capital city area. It’s possible to take an easy “hangover walk” in a forest on the Hyvinkää health forest trail just a few hundred meters away from the festival gates.

What are you looking forward to most in this year’s edition of the festival?

During festival weekend I do not work, so beers with friends from around the world. Also, there are a lot of bands which I surely don’t want to miss, but let’s see how it goes when the vodka flows.

What are your plans for the future of the festival?

Our mission is not to grow the festival any bigger or go towards the mainstream.

Among the “big names”, Steelfest’s main focus will stay on the dark side of the underground.

Feel free to add anything else you wish.

Hail the horned one.

For more information about tickets, accommodation options, and other details about the festival city and the event itself, including the pre-fest party on May 14, check these locations: