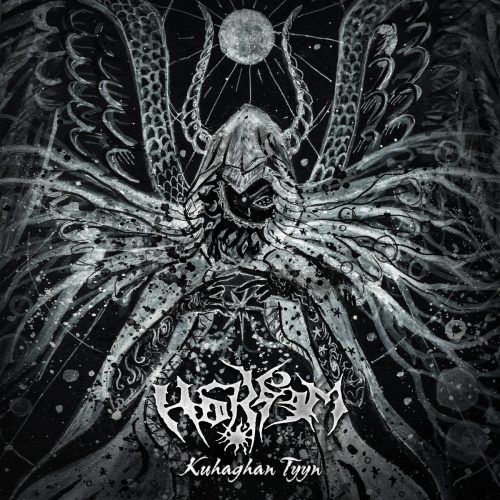 Haissem is a melodic black metal band started by Ukrainian musician and vocalist Andrey Tollock in Donetsk in 2014. With him working as the sole performer, Haissem released albums in 2016 (Maze of Perverted Fantasies), 2018 (Panacea for a Cursed Race), and 2019 (Demonotone), as well as a pair of EPs in 2017 and 2019. Over the course of those releases, Haissem’s creativity has expanded from a stylistic affinity for melodic black metal rooted in the ’90s into music of greater variety and more diverse stylistic influence.

Haissem’s newest output is an album named Kuhaghan Tyyn (which means “The Evil Spirit”) that will be released by the band’s new label Satanath Records on March 22nd. As compared to previous records, this one includes a greater use of synthesizers (though they are still subtle) as well as guest performers on specific tracks, including female vocalist Alyona Malytsa, harpist D. Vander, and cellist Alexandra Zima — the latter of whom makes an appearance on the song we’re premiering today , “Black Tide Dominion“. 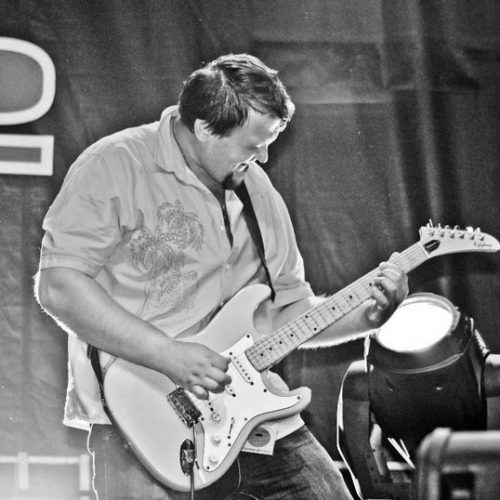 This new song is one of substantial length — 10 1/2 minutes — and it’s quite a riveting experience throughout.

At the beginning, ringing guitar notes backed by a haze of ambient sound lead into a storm-front of clobbering drums, thundering bass, and a second guitar melody that complements the first. That surge of power is both entrancing and bracing, especially when Tollock’s incendiary shrieks break out. From there, the guitar performances continue to provide the enthralling heart of the music, with soulful leads rising above the sweeping keyboard layer and the plundering percussion. When the storming subsides, the bass rises to prominence, backed by rippling guitar notes.

There are moments when the music races and the guitars dart and flicker, and others when the bass and drums lock into head-moving cadences, and the clear, fluid guitar melodies gleam and glitter, and still others when the shrieking is replaced with singing, and the melody gloriously soars,

In all its ebbing and flowing of power, through almost all the variations in rhythm and mood, the song really seems like an extended guitar tour de force, almost like a long and remarkably varied and vibrant solo. But in the final minutes the rhythm section falls silent and the music becomes somber, introspective, and sorrowful. There, Tollock’s emotionally nuanced singing voice plays the central role, accompanied only by acoustic guitar and the melancholy tones of Alexandra Zima‘s cello.

The striking cover art for Kuhaghan Tyyn was created by Mary Kankava (Hellcatfairyart). Satanath Records will release it on CD and digitally. Along with the pre-order links and a stream of this moving new song, we’re also streaming the previously released track “Aokigahara” (a free download at Bandcamp).