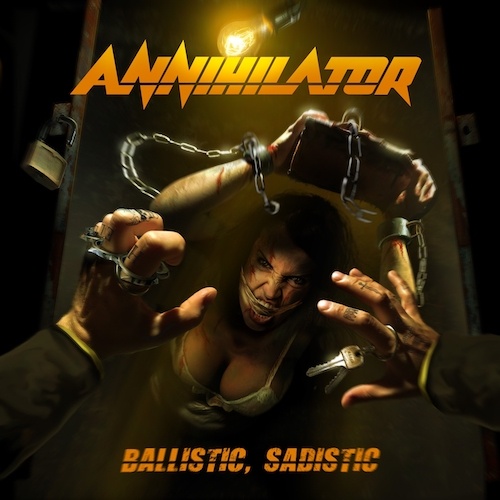 (This is TheMadIsraeli’s review of the 17th (!) album by the Canadian thrash band Annihilator, which was released in late January by Silver Lining Music.)

Annihilator are one of the most fascinating of the super-old-guard thrash bands. Jeff Waters‘ capacity for diversity and his willingness to experiment (and risk having egg all over his face) has resulted in a VERY deep discography that, while definitely inconsistent, is consistently compelling in its ambition.

This is one of my favorite thrash bands, despite that very issue of consistency, and that’s because when Annihilator are having a good run, the run is the best of the more deliberately technical thrash metal of bands from this era. 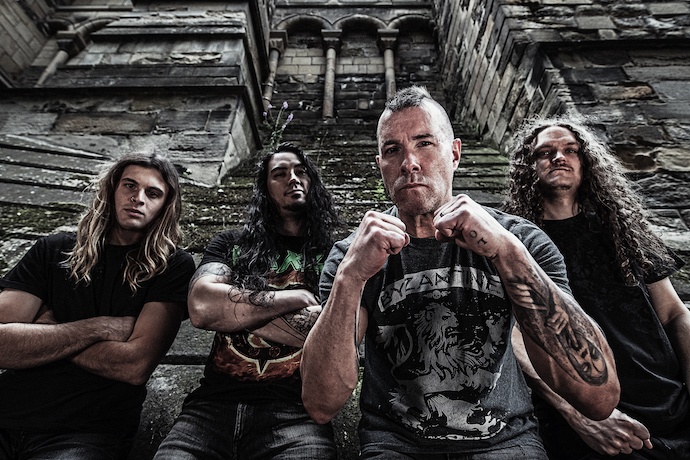 Annihilator, of course, have the rotating-lineup issue of so many groups of this vintage, with the band”s founder Jeff Waters being the only consistent presence, as well as the band’s primary (probably sole) composer, but this is probably what accounts for the varied discography.  Annihilator have tried everything from their era and a bit beyond.  They’ve been thrash metal, prog metal, hair metal, groove metal, traditional heavy metal, the kind of “throw all this shit in all at once”, and it works.

So here we are at the newest Annihilator release, Ballistic, Sadistic, and it turns out to be one of the good Annihilator albums, which means it does what it does with a conviction, ferocity, and level of quality that more consistent thrash bands from this era don’t hit.

Jeff Waters has taken over vocal duties since longest-running Annihilator vocalist David Padden left in 2014.  Waters did a brief vocal stint in ’94-’96 but he’s seriously been stepping up since Suicide Society in 2015.  The quality of his vocals were… pretty rough.  David Padden was a pretty great vocalist for what was required, but Jeff Waters after a rough first run started coming into his own on For The Demented, and now on this record, he is WAY better than when he started.

He’s a grittier Dave Mustaine, which fits pretty well with the fact that Annihilator are in that same wheelhouse of thrash metal.  The difference is Annihilator have not really sold out and tried to go the commercial route anywhere near as much as Megadeth, so Waters never lost the thrash writing chops.

Ballistic, Sadistic takes the direction of For The Demented, where Waters and co. just felt like throwing everything Annihilator had ever touched into a single album, and the result is a diverse, consistently propulsive record that is a pretty sick listen for guitar nerds (and that’s always been kind of Annihilator’s niche).  Whether it’s the more modern, almost metalcore stomp of opener “Armed To The Teeth”, the death-thrash of “I Am Warfare”, the traditional heavy-metal/hair-metal mashup of “Psycho Ward”, or the classic Annihilator groovy technical two-step of “Dressed For Evil”, anyone who doesn’t nessescarily dig Annihilator would probably find a song they like on this record. But if you appreciate what they do as a whole, like I do, this entire album is pretty sick.

What I most appreciate about Annihilator, ultimately, is that while they definitely hold onto their old-school roots, they’ve never been afraid to embrace bits and pieces of modernity, whether it’s tempos, drum approaches, progressive structures, or a bunch of other things.  The intro to “I Am Warfare” could be on an Extol album, and “Out With The Garbage” is close to being a heavier Nevermore song. There is a fuck-ton to love here if you just want something with high energy and immediate impact.

This is probably the best album of the Waters-on-vocals era of Annihilator up to this point, and it’s certainly the most consistent.  It doesn’t hurt that the album is backed by a very dense yet tightly packed mix that caters to Annihilator’s sonic strengths the most.  So far, the best thrash record of the year for these first couple of months.