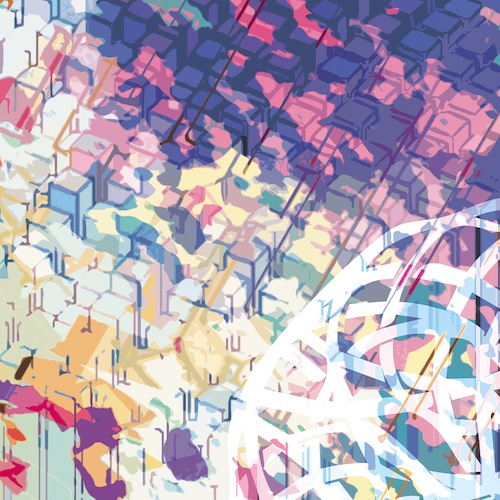 Did you enjoy the musical chocolates in Part 1 of today’s round-up? I hope you did, and Ii hope you’ll like what’s next, which continues following the theme of diversity that was evident in the first installment.

One look at the cover art (above) for White Nights‘ debut EP, Into the Lap of the Ancient Mother, gave me an inkling that it wasn’t going to be the kind of music I usually expect from Iron Bonehead Productions — and it isn’t. Actually, there are two different covers, one for the CD edition and one for the vinyl edition. Here’s the other one: 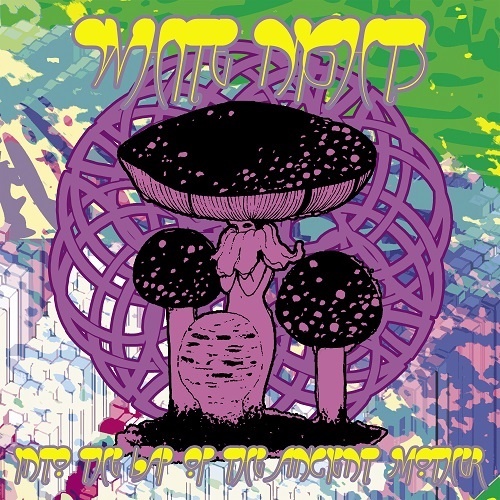 And check out the promo photo of the band: 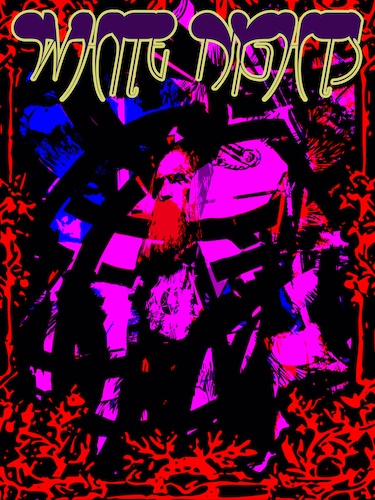 Well, so is the music, judging by the first track off the EP, “Drift From Irminsul“, which debuted with a video that’s just as trippy as the music. There are damned compulsive rocking beats that move under the music, and a magnetically alluring bass pulse, but those are surrounded and infiltrated by strange shimmering swirls and slashes of guitar that are both hallucinogenic and tension-inducing, while the slightly distorted vocals have a gothic/post-punk gloominess in their tones.

To quote from the press materials, because they seem to suit this particular song, “Lysergic and languorous, there’s nevertheless a haunting undercurrent of stifled violence across Into the Lap of the Ancient Mother….”

I have no further info to share about the band — don’t know if it’s one person or more than one, and don’t know where White Nights is located. Iron Bonehead will release Into the Lap of the Ancient Mother (which totals 4 tracks and 17 minutes of music) on April 24 (CD, 12″ vinyl, and cassette tape). 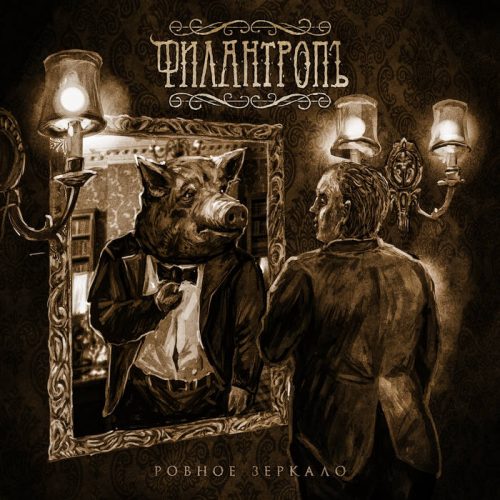 As I continued to wander around the giant chocolate store of metal, my Norwegian friend eitorom directed my attention to this next confection, a two-track single by the new Russian band Филантропъ (which apparently means “philanthropist”), whose members come from the pagan black metal groups Крада (Krada) and Небокрай (Nebokraj). But this isn’t pagan black metal or folk metal.

The first of the two tracks, “Ровное Зеркало [The Flat Mirror]”, has the thick, humid feel of swampy Southern rock, and the scintillating guitar solo that helps introduce the song is magically psychoactive. Those high, flickering solos and leads that continue to spark the song are really good, and provide a great contrast with the big, heavy bass rhythms, the slithering riffs, and the hard-cracking snare strikes. But what really seals the deal for me are the lead vocals, which are straight out of more extreme forms of metal, an amalgam of bestial growling, gritty braying, and crazed screaming.

The second track on the new single, “Торговцы Верой [Merchants Of Faith]”, is a bit less narcotic than the first one, and a bit more pulse-pushing and wailing in its melodies. Again, it brings us great lead-guitar work, great body-moving rhythms, and really nasty vocals. Only the dead will fail to move to the song.

eitororm was also the first person, but not the last, to tell me about this next song and video, both of which premiered at DECIBEL yesterday. It’s yet another black metal band from Iceland, this one named Nyrsk, and their album Orsök will be released on April 24 by Dark Essence Records.

The video, made by Daníel Puskás for the record’s title track, makes effective use of the desolate wastes of the Icelandic highlands. As the band’s vocalist Snæbjörn explained in the DECIBEL premiere, those barren landscapes were the main inspiration for the music, providing “a sense of hopelessness but also this immense calm, a perfect symbiotic relationship that made us find a very accurate atmosphere and sound which made all this possible.” Snæbjörn further explained:

“The lyrics of ‘Orsök‘ follow a lone wanderer and his journey across the frozen wastelands where he is enforced by the gods to sacrifice his child daughter to host a goddess or a cosmic entity and thus bringing doom upon life. Departing with the baby, absolute loneliness and grief become his companions following him to the end of his journey . . . In his final moments conceding to the spirits he realizes his mistake and embraces the void.”

The swirling riffs and tortured vocals (which segue from wretched wailing to tormented howls) do channel a feeling of despair that tears at the soul, and the sense of desolation that lives in the music is made even more intense by the anguish transmitted through the leads. As the rhythmic drive diminishes near the song’s mid-point, the mood becomes even more intensely hopeless, even as the music soars and washes across the mind in grand cascades, matching the panoramic sweep of the visuals. Even without the video, you’d feel as if you had become witness to some terrible, soul-splintering tragedy.