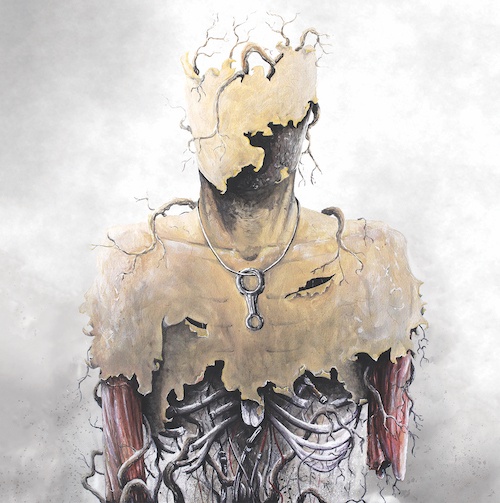 The French metal band Aodon made an auspicious debut with their 2016 album Sharphood, but in the roughly four years since then, the band’s composer, lead guitarist, drummer, and screamer M-kha has clearly taken giant strides in the realization of his musical visions, as revealed on Aodon‘s new album 11069, which will be released by Willowtip Records on March 27th. The music here, which is richly textured, seamlessly combines black metal with elements of post-metal, creating immersive and emotionally evocative atmospheric sensations with harrowing intensity, blending mesmerizing melodies capable of both inducing uneasy reveries and soaring to epic heights while also channeling fury and despair with spine-tingling power.

The first single from the album, “Les Rayons“, was a rapid introduction to many of these aspects of 11069, and today we have further evidence of the album’s gripping dynamism through our premiere of the multi-faceted track “L’Infime“. 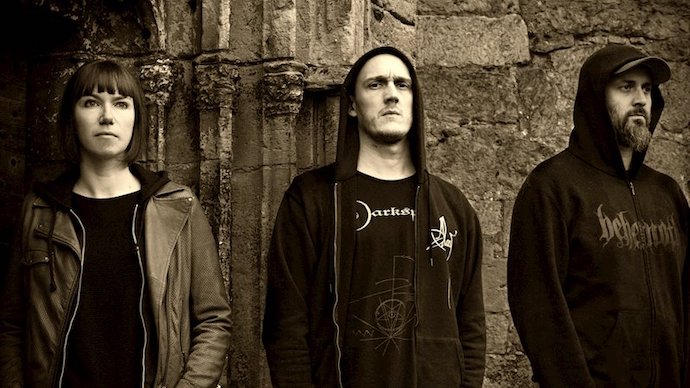 This new song seizes attention immediately with a flurry of hammering drums, bubbling bass, and waves of scintillating riffage that both shine and sear, accented by feverishly flickering leads. The drums periodically shift into sharp cracking fusillades and the riffing into rapidly jabbing rhythms that accelerate the song’s frantic energy. Over these electrifying surges, the vocals are themselves a searing torrent of screaming intensity.

Periodically the song morphs into something different, slowing into an amalgam of momentous drum blows and bleak melody or eerie, mystical ambient shimmers, just long enough to give the listener a chance to breathe before Aodon punches your pulse again.

If you happened to miss the first single from the album, “Les Rayons“, you can check it out below as well. You’ll find that Aodon again prove their songwriting and instrumental prowess, combining razor-sharp rhythm-section work, electrifying riffs, shattering vocal extremity, and sweeping, emotionally evocative melody that cascades and soars across the tumult and torment in the music. “Les Rayons” also includes an instrumental interlude that combines lilting guitar work with potent bass-and-drum interplay, and proves to be beguiling even as it gradually builds a sense of tension and angst which crests in a climax of hurtling drums and ravaging chords and vocals.

On this new album, M-kha was joined by Laurent C. (rhythm guitar, choirs) and Alix R. (bassist and French author). The surreal cover art was created by Ludovic Robin, and the album was mixed and mastered by Vamacara Studio in Clisson, France.

Willowtip will release the album on CD digipak, vinyl LP, and digital formats — and pre-orders for all are available now.