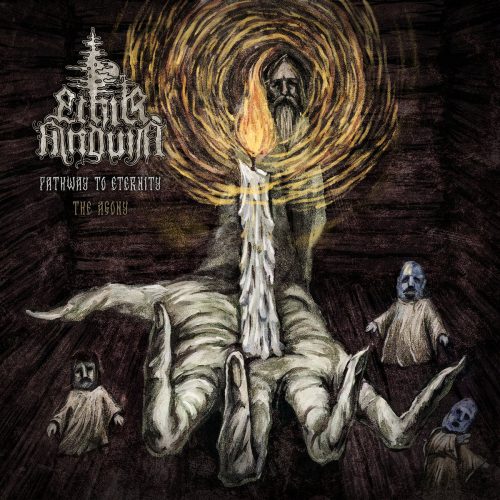 Alexander Ivanovich Vvedensky was a Russian poet who died in 1941 at the age of 37, and whose work is said to have had a formidable influence on “unofficial” and avant-garde art during and after the times of the Soviet Union, though his writing was little-known in Russia until long after his death. During his life he faced repeated arrest and died while being transported to one of Stalin’s Gulags.

One of Vvedensky’s poems, “Potets“, recounts the experiences and reflections of a dying man, including his last conversations with his sons. The poem inspired the Russian band Ethir Anduin to create the song we’re premiering today from Ethir Anduin‘s new album, Pathway To Eternity. The Agony. It is one of eight substantial tracks on the album (collectively they amount to 80 minutes of music), each one with its own concept, but in the aggregate forming a diverse yet unified whole.

The album, which will be released by GrimmDistribution on March 16th, also marks a turning point for Ethir Anduin. The band was formed in 2006 as the solo project of A.V. Fenrir, and while guest vocalists appeared among the seven albums preceding this one, Ethir Anduin now has an official vocalist named Luka, who makes her first appearance with the project on this new album. 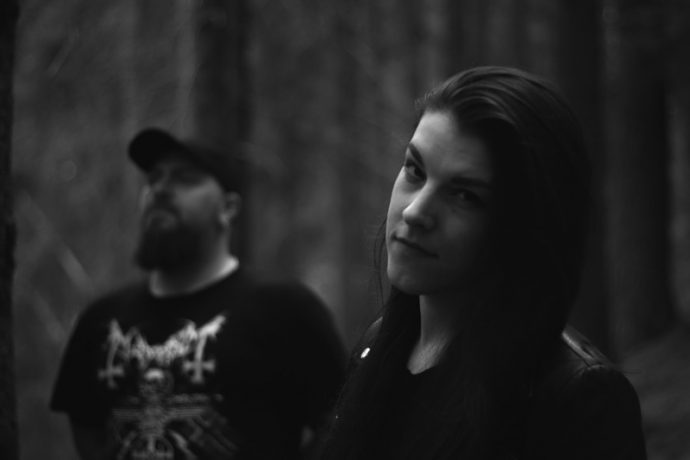 Over time Ethir Anduin‘s music has evolved, moving from funeral doom to a more blackened and atmospheric form of doom with symphonic components, and from there to what we discovered on the last album, 2018’s Loneliness of My Life, which the releasing labels recommended for fans of Black Sun Aeon, Yearning, Totalselfhatred, Burzum, Shape Of Despair, Forgotten Tomb, KYPCK, and Swallow The Sun.

“The idea to transfer this beautiful and depressing poem to music has been in mind for a long time, it is a very big and serious work, to convey all the tragedy, sadness and loneliness of a dying person. Close people do not understand him, they demand something from him, answers to stupid questions. And what he can answer them, after moment he will go into the world of the dead. He is tormented by unfulfilled dreams and what he has not managed to do in this life that has become a time like a tangle, that’s unwrapped all the way to the end, and a little more, you’ll miss the thread. And that’s the end of it.”

As for the music, Ethir Anduin create a tapestry of contrasting sounds on “Last Struggle“. Through feverish and jarring riffs and percussive cannonades, the song creates feelings of tension and turmoil, and Luka‘s amalgam of throat-ripping screams and deep roars amplifies those sensations. There are now evident hardcore elements in Etjhir Anduin‘s music, but the band haven’t completely abandoned the elements of black metal and doom. In addition, Lara‘s clean singing adds another dimension to this musical tale, whose simmering and shining guitar tones further introduce mystical reveries into the sound.

There are times in the song when the melody softly channels a sense of wistfulness and regret, but juxtaposes those passages with bursts of jolting, near-atonal heaviness and moments of panoramic melancholy. The sequence of punishing, pneumatic rhythms and anguished, buzzing guitar near the end leads to a denouement that is disturbing, and seems fueled by pain and fear.

Pathway To Eternity. The Agony. was mixed and mastered by Atra Anduin Studio, and the cover art is by Paint-It-Black Design. GrimmDistribution will release it in a jewel-case CD edition with a 6-page booklet, as well as digitally. At Bandcamp, where you an pre-order the album, you can also listen to and download the record’s opening track, “Awareness of the Frailty of Being“.