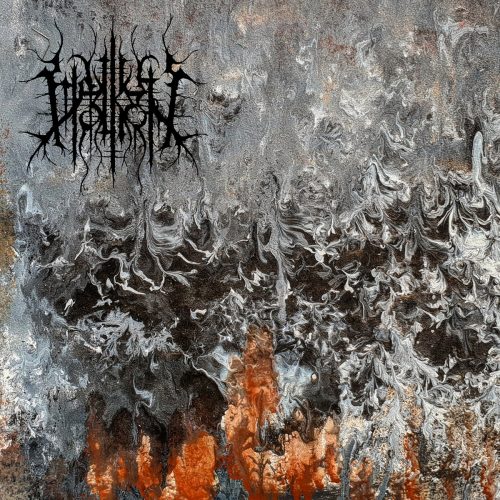 After a scattering of short releases that mainly began emerging in 2017, the Australian symphonic black/death band Mazikeen has completed a debut album named The Solace of Death that’s now set for co-release by Satanath Records and Iron, Blood And Death Corporation on March 23rd.

From its beginning as a solo project, Mazikeen has been the brain-child of Andrew Shiells, but for this new album he was joined by a formidable line-up of allies. With Shiells on guitar and synths, he is accompanied by drummer Marco Pitrruzzella (Six Feet Under, Sleep Terror, ex-Brain Drill), guitar soloist Kris Marchant, pianist Aretstikapha (Plasmodium, Klavierkrieger), and vocalist James Edmeades (Claret Ash).

The album includes eight original songs as well as four cover songs, putting Mazikeen‘s spin on tracks by Mayhem, Dissection, Dimmu Borgir, and Darkthrone. It’s one of the original songs that we present today, a dazzling track named “Vexation Through the Golden Sun“. 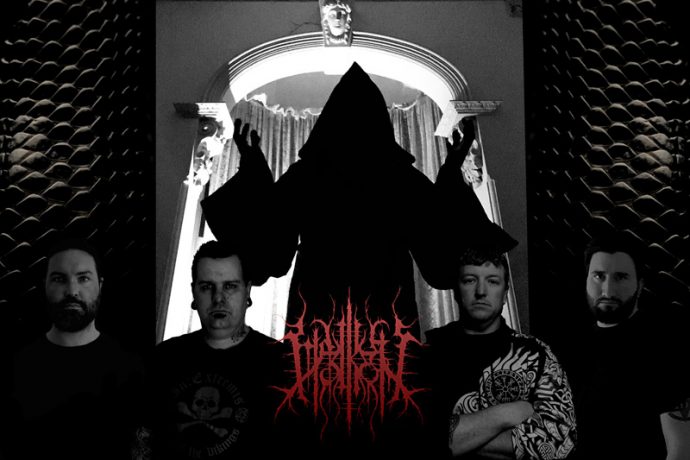 At almost 11 minutes in length, the song proves to be an amalgam of stunning contrasts — in part a breathtaking spectacle and in part a spell-binding time-travel into the distant past.

From soft simmering tones the song builds into a furnace of hyper-blasting drums, thunderous bass, cruel riffage, and howling vocal extremity. There is swarming madness in these sounds, everything going fast — really fast — including the rapidly swirling leads. Yet as soon as those scintillating arpeggios take flight and soaring symphonic waves arrive, the music generates an aura of spectacular grandeur that gives a different dimension to the madness.

The combined impact of all these dimensions of sound — the turbocharged speed, the ferocious vocals, the darting and whirling keyboards, the bouncing symphonic chords — is electrifying. But further dimensions of the song are yet to come, including a soft and sublime acoustic interlude with a decidedly medieval air. The contrast between this mesmerizing ancient music and the lightning-storm turbulence that precedes it is a sharp one — and so is the contrast created by the harsh, warzone-like noises that follow, as the music ramps up again, gradually recapturing the symphonic grandeur, the ravaging intensity, and the madness of the song’s early blood-rushing momentum.

In addition to the line-up listed above, The Solace of Death also includes guest vocals on particular tracks by Josh Young, Ian McLean, and Ashahalasin. The fascinating cover art was created by James Ludbrook.

Satanath Records and Iron, Blood And Death Corporation will release the album digitally and in a jewel-case CD edition with an 8-page booklet. The album’s opening title track was previously released, and below you can check it out too, along with today’s premiere of “Vexation Through The Golden Sun“.

One Response to “AN NCS PREMIERE: MAZIKEEN — “VEXATION THROUGH THE GOLDEN SUN””