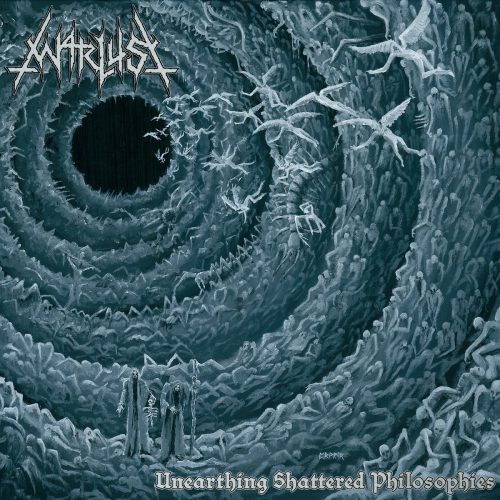 “I Spit On Your Grave!” Those are fighting words, and in the song of that name which we’re premiering today through a lyric video, the German hellraisers in Warlust back that disgusted condemnation to the hilt, and simultaneously prove why their new album Unearthing Shattered Philosophies (forthcoming from Dying Victims Productions on April 24th) is such a savage yet multi-faceted thrillride.

Through their previous album, 2017’s Morbid Execution, Warlust amply demonstrated their prowess in discharging electrifying black/thrash, leavened with other ingredients that made it more than an assault of rip-roaring hellfire. But the new album reveals an even further spreading of the band’s dragon wings, demonstrating an elevation in the dynamism and diversity of their songwriting skills, and “I Spit On Your Grave” is a prime example of those achievements. 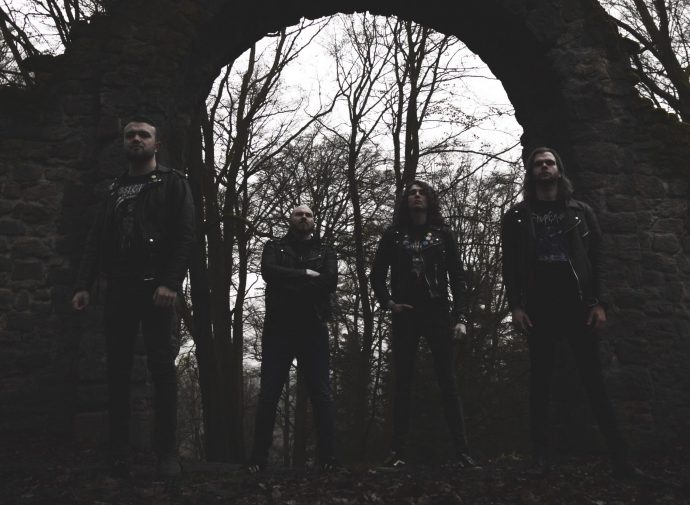 Make no mistake, Warlust are still capable of propelling your adrenaline into the red zone by smashing the thrash pedal to the metal, and this new song does that, especially in the flamethrowing final 40 seconds of the song. But before you get there, Warlust track a journey that includes anthemic heavy metal fanfares, episodes of swarming, sinister cruelty and maniacal, scything viciousness, all accompanied by galloping and battering rhythms and vocals of rabid, blood-lusting ferocity.

In addition, the song seamlessly detours into melodic moods of ominous peril and mortifying misery, eventually slowing into an instrumental that channels both heart-stricken desolation and choking poison (punctuated by lightning-fast drum eruptions). And then with a grand heavy-metal flourish, the band launch that final electrifying surge that brings the song to a hellishly strong close.

In attempting to capture Warlust‘s capabilities, the advance press for the album makes references to the likes of Desaster and Aura Noir, as well as classic Dissection and Necrophobic, but as you’ll discover, those references don’t exhaust the influences that Warlust have channeled so effectively into the new album.

In fitting homage to the multitudinous marvels captured within Unearthing Shattered Philosophies, Dying Victims will release two different vinyl versions of the record (with accompanying posters, download codes, and other items) as well as a CD version. Pre-orders are up now.

To provide further titillation for the release, we’re including a stream of the previously released track “My Final Sacrifice” along with today’s video premiere.

One Response to “AN NCS VIDEO PREMIERE: WARLUST — “I SPIT ON YOUR GRAVE””