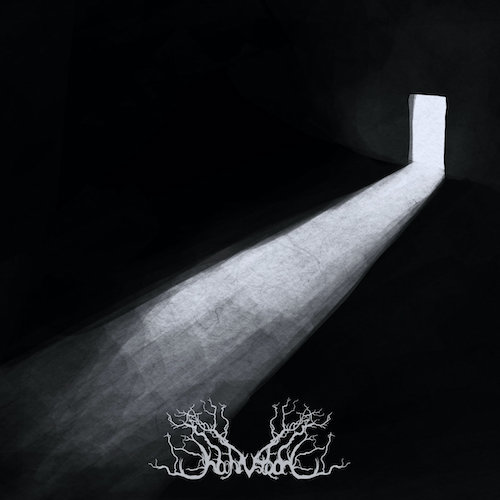 One glance at the track list for the self-titled debut release of the multinational band Kannustaa will clue you in that their music is not conventional black metal. Song titles such as “To Give and Forget”, “Don’t Leave Me”, “Encourage”, or the track we’re premiering today — “Mother” — point in different directions than more typical misanthropic, anticosmic, or blasphemous lyrical outbursts of the genre. Truth be told, the music isn’t conventional either.

To be sure, Kannustaa are full capable of viciously stabbing your neck with high-voltage electrification. That much was evident from the first track they released, “Don’t Leave Me”. The wild yowling tone of the opening riff is so potent that it almost drowns out the rampant drumming and the throat-ripping vocal madness. The drumming switches gears into more measured cadences, but the thermonuclear guitar work continues to dominate, rising and falling, twisting and turning, flickering in anguish and moaning in despair, slashing and scything and whirring with incredible vitality. Near the end, the bass becomes a bludgeoning presence, helping to send the song out in an explosive, vertebrae-cracking finale. 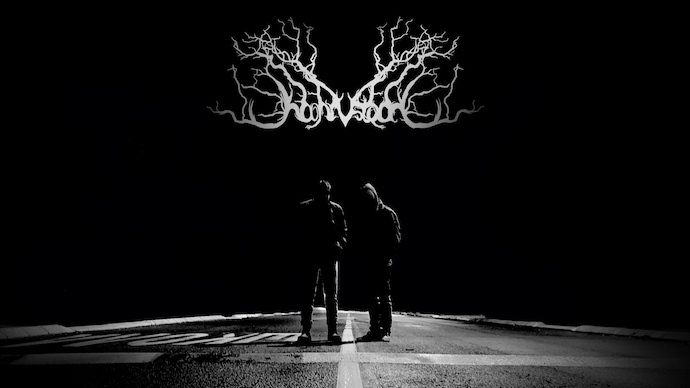 The vocals are a mind-scorching presence throughout all the other tracks, manifesting the kind of screaming extremity that seems to hold nothing back. And the bass equally remains a gravel-chewing, pulse-punching presence, while the drumming batters and the cymbals crash with absolute vehemence, though it’s equally capable of effectively drawing down the energy through less riotous momentums.

But without meaning to depreciate the importance of those contributions, this really is a guitar-driven record, and that’s also where it departs from more conventional black metal fare, even within the sub-realms of atmospheric, depressive, and even raw black metal where the music might be most at home.

The layered riffs and leads are remarkably vibrant, not just in the prominence of their sound in the mix, but also in the deeply penetrating nature of their emotional intensity. The two guitars play off of each other and also join in harmonies, racing and ravaging but also falling into more subdued reveries or delivering powerfully head-moving chord progressions. The trilling melodies and fluid arpeggios “shine”, with an array of tones that have a gleaming brilliance, even though we’re talking about sound rather than light. They ring like clarion calls, whirl with wild extravagance, and seem to cry out in anguish.

The undeniable explosiveness of the guitars and the sheer thrill that comes from listening to them makes the record one that grips the senses from beginning to end. But that’s not to say that the music is uplifting in its incandescent brightness. While the moods of this intensely melodic music do change, the range of moods inhabits a soundscape littered with emotional wreckage. At their most intense, the songs seem to channel near-hopeless yearning, shattering pain, and inconsolable despair. In less overwrought passages, the music manifests isolation and abandonment, crushing grief and the gloom of grievous loss.

But to be clear, diminished intensity is a very relative term here. There’s no point, no matter how much the hurtling pace diminishes, when the music lets you off the hook. “A Plea for Solitude” is a prime example. Its dual-guitar opening is incredibly soulful and sorrowing, but also glorious in its way, and seizes attention even before the rhythm section kicks the song into high gear and the riffing becomes more distraught and delirious. The closing instrumental passage, with its flute-like melody and acoustic strumming, provides a very effective though unexpected finale (and it’s not the only place on the record when folk-like influences seep in).

Kannustaa‘s unabashed attachment to emotional melody sets it apart from conventional black metal, in the sense that it authentically wears its broken heart on its sleeve. But this isn’t a maudlin or “mushy” experience, not by a long shot. Instead it’s the kind of music that is powerfully alive, and will make listeners feel that way too.

The members of Kannustaa, who are split between Serbia and the U.S. are:

The album will be released digitally on March 6th. Below you’ll find our premiere stream of “Mother”, along with the previously released “Don’t Leave Me”.