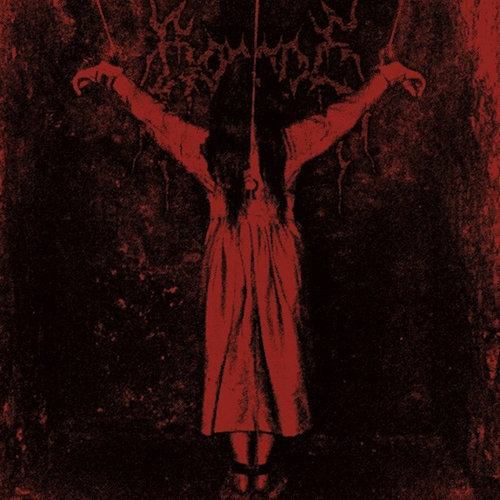 Originally the solo project of Bornyhake (whose name has been associated with a significant number of other groups), but eventually expanding into a full band, the Swiss entity Borgne released their first album in 1998, and their path since then has resulted in eight more full-lengths. The most recent of those, entitled Y, on which Bornyhake is joined by keyboardist Lady Kaos and other guests, will be released by Borgne‘s new label Les Acteurs de l’Ombre Productions tomorrow, and on the eve of that event we’re presenting a full stream of the record.

Borgne‘s musical hallmark has been the integration of industrial music into black metal, with an increasingly atmospheric quality that combines with the compulsive mechanical rhythms and intense, ravaging aggression. All those qualities are very much present and accounted for within Y, yet the combined impact of them on this new record reaches levels of staggering power and immersive intensity that may be the zenith of Borgne’s work to date, putting us in the presence of forces almost unimaginably more vast than we puny humans. 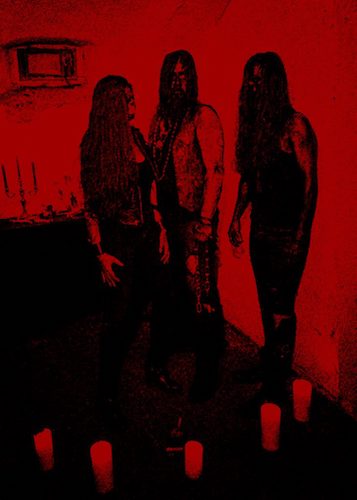 The first two songs on the album provide a revealing introduction to what the record as a whole presents. “As far as my eyes can see” is ominously magisterial, a ritualistic march shrouded in a sound resembling a massed chorus of wordless imperial voices and a wash of other intense sensations. As those sounds cascade and sear, the drumming becomes a surging fusillade of bullet-spitting beats punctuated by gigantic detonations and rumblng booms, and scorched-earth, jagged-edged vocals lend a more unhinged and enraged quality to the music’s building viciousness. The synths soar to greater levels of harrowing intensity, symphonic power, and panoramic sweep, propelling the music’s atmosphere to a conjoined feeling of world-ending calamity and crushing sorrow.

The song does have diversions along the way, ones in which electronic tones surface, skitter, and groan, accompanied by vibrant syncopated percussive beats, and one in which spine-shaking industrialized rhythms jolt the listener’s head into vigorous motion. Yet, despite these variations, the overarching impact of the song is one of a senses-saturating pageant of destruction and desolation playing out on a titanic scale.

Follow-on song “Je deviens mon propre Abysse“, which we premiered last month, manages to combine sensations that are majestic and ethereal, but also depressive and despairing. And as in the opener, the song also provokes a strong physical response. Borgne set the stage with booming drums, a heaving undercurrent in the low end, and a sweeping synth melody that sounds both regal and bleak, and then the drums begin blasting as the melody continues to cascade. When the livid vocals arrive, venting the lyrics in that vicious howl, the music seems to take on a different resonance — even more beleaguered and freighted with dejection, but also even more intense.

The song is a dynamic combination of musical experiences, and more are coming. That dark, ethereal melody disappears, replaced by another jolting industrial rhythm and a neck-cracking snare beat, and after that head-moving interlude the synths and scorching vocals return, but now the music has a fearsome and imperious mien. That too disappears, replaced by the syncopated tick of cymbals and ominous electronic tones. The energy of the music begins to rise again through a riveting percussive rhythm, and carries through into sweeping waves of incandescent power, both burning and sorrowing, anchored by pulse-pounding rhythms that are punctuated by a final round of jarring detonations. 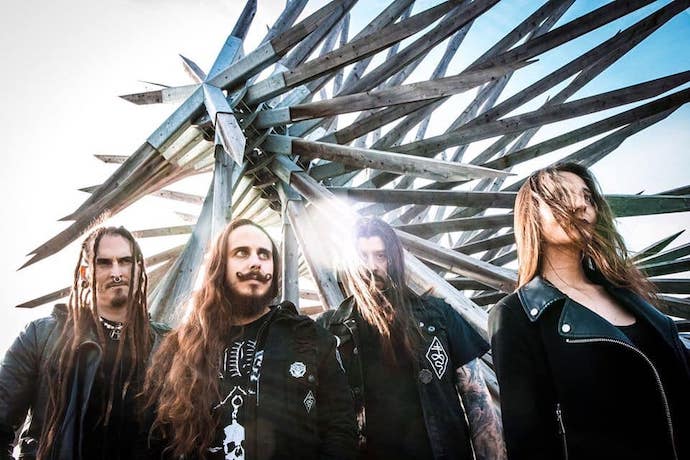 Lest you think from what you’ve just read that the entire album is uber-dramatic Sturm und Drang, there are reprieves here and there — the acoustic strumming and seductive piano melody that opens “A hypnotizing, perpetual movement That buries me in silence“, the advent of mysterious ambient collages and whispered words within “Derrière les yeux de la Création“, or the alien, wraithlike emanations of “Paraclesium” that very effectively bring a chill to the skin (which persists even after the head-nodding EBM beats arrive).

But it must be said that Borgne return time and again to the operation of the seemingly globe-spanning machinery that rocks the earth and sends visions into the mind of blazing red skies, the ascendancy of terrible powers, and the descent of all life into an abyss (or perhaps a transportation into the void between stars). The magnificence of these sonic storms is undeniable, and so is the aura of ferocity and fear that they sweep across the senses. At the same time, this intensely atmospheric music is regularly accompanied by powerful rhythmic pulses that you can seemingly feel in the marrow of your bones. That provides a different element of mesmerizing force, combining with the spellbinding yet nightmarish effect of everything else to create a dreamlike yet body-moving immersion.

The final track on the album, “A voice in the land of stars“, is a gigantic monolith, nearly 17 1/2 minutes long. It’s as if Bornyhake and Lady Kaos decided to see just how far and how high they could push the amalgam of sensations described above, and whether they could finally succeed in overwhelming the listener with the sheer staggering power and terrifying magnificence of their creations. In a song of such length, it’s to be expected that they would also introduce a few digressions and diversions, which they do. One of those, which closes the among and the album in surprising fashion, is simply sublime, combining the sounds of flute, acoustic guitar, and the heart-breaking singing voice of guest C.S.R. But if completely immersing the listener — both carrying them into the heavens and pounding them into the earth — was the main mission, Borgne succeeded. 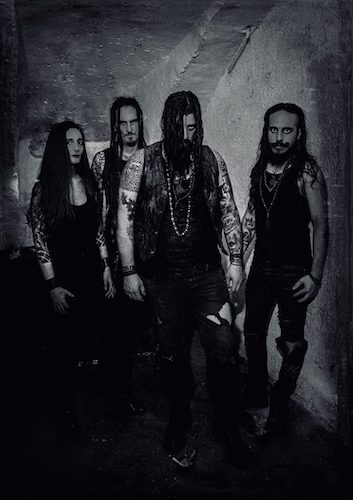 On March 6th — tomorrow — Les Acteurs de l’Ombre Productions will release Y on CD, LP, and Digital), along with related merch. Pre-orders may be placed now via the links below.