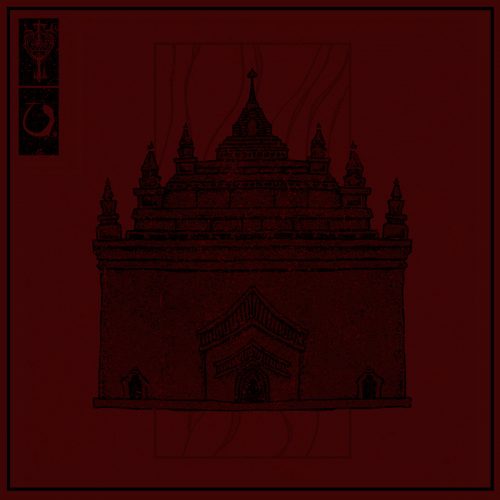 It’s an absolute thrill for us to welcome the return of Feral Light. Originally a three-piece (and now a duo) from Minnesota formed by ex-members of Wolvhammer, Empires, Manetheren, and Finger of Scorn, they released (through Sentient Ruin) a fantastic debut EP in 2016 — A Sound of Moving Shields — that we wrote about twice (including a song premiere). That was followed by a 2017 debut album, Void/Sanctity (via Innit Records), and then by another full-length in 2019 (also on Innit Records), Fear Rides A Shadow, which prompted our own Andy Synn to praise it in his review as an “effortlessly well-realised example of groovesome, bombastic Black ‘n’ Roll at its very best”.

What we are now looking forward to is a new record named Life Vapor, which will be released by Hypnotic Dirge Records on May 8th (CD and digital), with a vinyl edition coming in the fall. And today we’re presenting the first glimpse of the new music through our premiere of a track named “Assuage“. 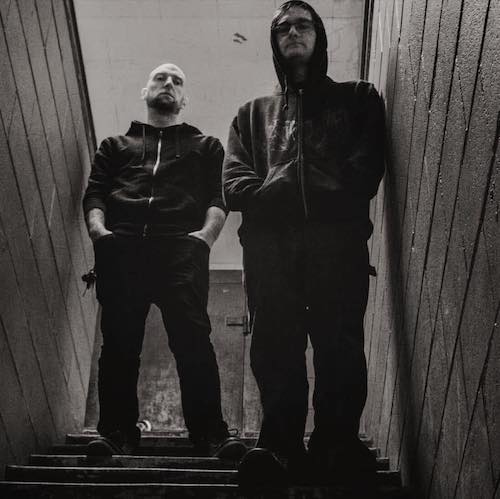 When Andy reviewed the band’s last album for us, he ticked off some of the many things Feral Light have going for themselves: “Attitude. And swagger. And riffs. And some seriously gnarly hooks.” He also praised “Andrew Reesen’s animalistic drumming style and Andy Schoengrund’s effortless grasp of righteous riffology”, together with this duo’s ability to “pump out enough blackened electricity to power an entire city block”, while also “scratching at the soul”. He recommended it for fans of Tombs, Mantar, Nachtmystium, and Cobalt.

The song we’re presenting today, “Assuage“, is a great reminder of many of these qualities, but is also an intensely memorable and moving piece of music, a melding of powerfully evocative melody and cathartic tumult that perhaps leans more into post-metal than we’ve heard in earlier works.

Andy Schoengrund’s absolutely savage screaming vocals scald the senses like a blowtorch to the face, while his rapidly writhing riffing and Reesen’s tumultuous drum rhythms are electrifying. The gripping propulsion of the song draws upon a combination of Schoengrund’s beefy bass lines, which have a jolting and magisterial force, and a changing array of hurtling, battering, and sharply neck-cracking drum patterns, all of which are delivered with brazen force and welcome clarity thanks to the evenness of the mix.

In part because of the tortured nature of the shrieks, but also because of the song’s dark and deleterious melodies, the music has a grim and often despairing quality, yet also possesses a kind of terrible grandeur. In addition, when the firebrand intensity of the music lessens near the end, and the bass becomes even more prominent, the mood settles into one of deep inward melancholy, but that also sets the stage for an absolutely incandescent guitar solo that swirls and soars, creating an emotional climax for the song that’s nothing short of jaw-dropping.

Again, May 8th is the CD release date for Life Vapor by Hypnotic Dirge, with a vinyl edition to follow by the fall. Pre-orders for the CD edition will become available in the weeks ahead, but a digital pre-order is available now. The record was engineered and mixed by Kyle Kaliszewski and was mastered by James Plotkin. Credit for the artwork goes to Unexpected Specter.