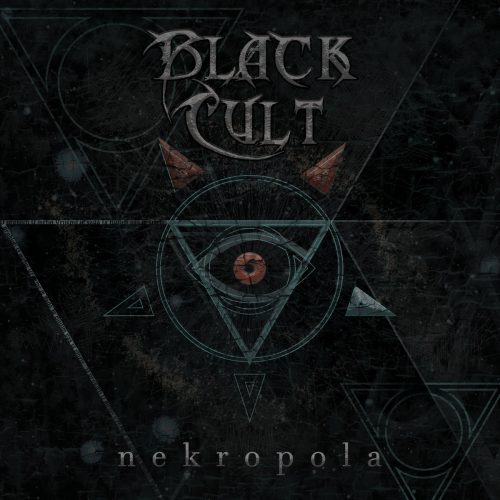 As divulged here, Black Cult‘s second album Cathedral of the Black Cult (2016) made me an immediate fan of their talent for discharging satanic black metal with such flair and dynamism. They proved themselves adept at delivering not only swarming malignant savagery, but also mid-paced dissonance and music with a sinister, occult atmosphere laced with highly seductive melodies.

It was thus welcome news to discover that these Croatians would be releasing a new album in 2020. Entitled Nekropola, it has a street date of March 27th via GrimmDistribution and InsArt Records, who recommend it for fans of Mayhem, Satyricon, Dødheimsgard, and Zyklon. And today we’re in the fortunate position of presenting one of the album’s eight tracks, the aptly titled “Cosmic Storm“. 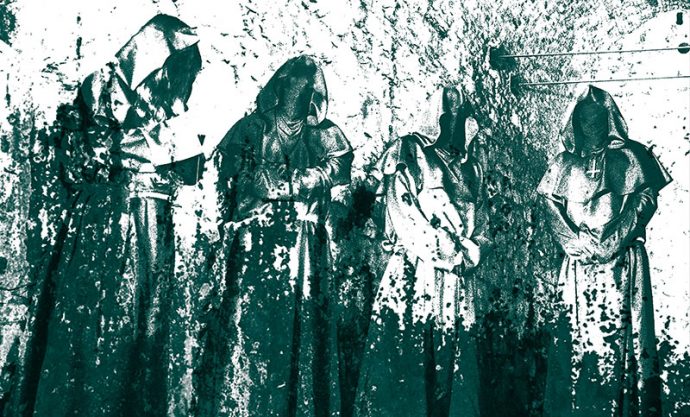 “Cosmic Storm” comes second in the album’s running order, preceded by the opener “Parasite“, which was the first song released to the public from the album. And I suggest you listen to that track first:

As you’ve now discovered if you followed my advice, “Parasite” is a hallucinatory piece of music, one that’s infiltrated with tendrils of strange swirling melody and that switches tempos frequently. It’s rhythms are jolting, slowly head-nodding, and compulsively rocking. It’s emotional components are alternately moody and deranged, narcotic and nefarious. It erupts in flurries of torrential drum blasting and lacerations of scathing riffage, and the vocals themselves range from sober spoken words to blowtorch shrieking.

“Parasite” is both a disorienting and transfixing way to begin the album. It’s a thriller, but also creates intense intrigue about what will come next, because that one song’s permutations are so intriguing all by themselves. What immediately follows is “Cosmic Storm” (a stream of which you’ll find below), and it proves to be just as much of a full-tilt thrill-ride.

“Cosmic Storm” storms immediately, the drums hurtling, the bass maniacally pulsing, the guitars blaring and broiling the senses, the vocals given over to scorching madness. The dissonance in the music channels extravagant madness, an almost ebullient delirium that the rapidly swirling leads only magnify. But of course the band ease back, allowing the bass more prominence and the guitars an opportunity to further twist your mind into a brief moment of dream-like eeriness.

What follows is further madness — amalgams of insectile, skittering strings and jarring grooves, of vehement vocal tirades and almost playful bass lines, of wild balalaika-like soloing and grand melodic fanfares. It’s a rich, multi-layered tapestry of sound — intricate and inventive, and in its own demented way, joyful. And poisonous. And irresistible.

If you have been as thoroughly seduced by these two tracks as I’ve been, you can pre-order the album now: