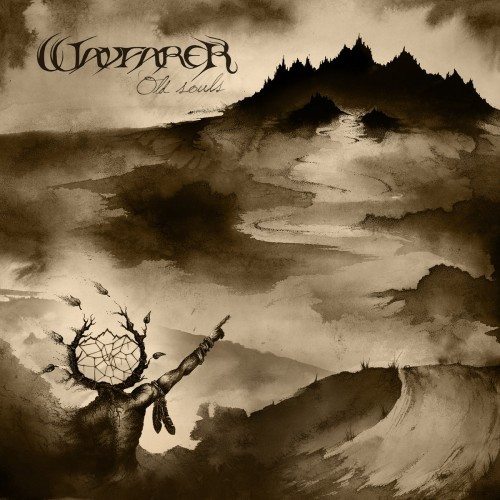 In 2014, Denver’s Wayfarer released an excellent debut album (via Prosthetic) in Children of the Iron Age, and now Prosthetic has scheduled June 17 as the release date for the band’s second full-length, Old Souls. So far, three songs from the album can be heard on Bandcamp, and they are well worth your time. 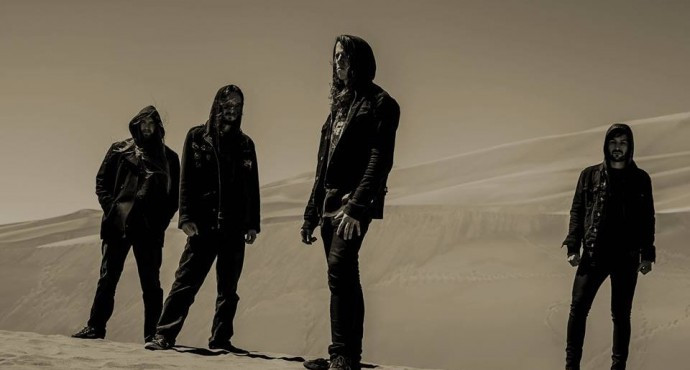 The first song set to play in the Bandcamp stream is the last on the album, “All Lost In Aimless Chaos”, and it does indeed have a tumultuous, chaotic quality, but it’s hardly aimless. Layered within the pulse-pounding rush of the song are moments of chiming, hypnotic reflectiveness anchored by the huge boom of a methodical drum beat, and an affecting melody winds through both the hard and the soft. An intense and immersive piece of music.

“All Lost” is one of four longer-than-average tracks on the album. “Deathless Tundra” is another one of the longer songs. It, too, has its spellbinding moments, which join reverberating chords with the deep boom of drums and thrum of the bass (and a brief acoustic guitar instrumental later on). The aura of melancholy in those passages transforms into a sense of agony, and even fury, when the music intensifies.

“Catcher” is the shortest of the three songs, a somber, initially mid-paced rocker that houses perhaps the hookiest riff in this trio as well as a cool acoustic guitar and drum duet. Before it ends, it catches fire and begins to seethe and somersault before reprising that very catchy main riff.

Interesting details: The album was recorded at Flatline Audio with Shane Howard (Martriden, Khemmis), and it was mixed and mastered by Dave Otero (Cattle Decapitation, Cobalt). The album’s cover artwork, which I like a lot, was created by Colorado artist and knifesmith Adam Gersh.

I will also add that Wayfarer are about the embark on a tour of western North America along with Falls of Rauros and/or Numenorean, and I’ve included the schedule below the music player.

(Thanks to my Serbian friend “M” for reminding me to check out this music.) 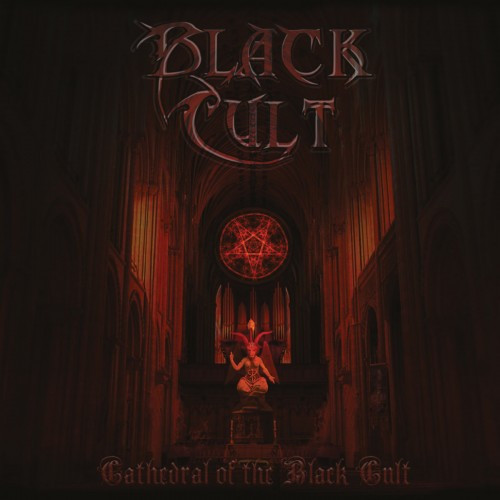 Croatia’s Black Cult is a new name to me, and a very promising new discovery based on the music I’ve heard so far from their second album, Cathedral of the Black Cult. The album was released in Ukraine and Croatia on June 9 by the Ukrainian label Metal Scrap Records and by Another Side Records (the album will be released in the UK and elsewhere in Europe on June 17 and in the western hemisphere on July 8).

The album houses 10 songs, including a cover of Motörhead’s “Kingdom of the Worm”, though only three of the songs are now streaming on Bandcamp — and those are the ones I’ve heard. I’ve included the Bandcamp stream below, as well as a video for a fourth song “The Witches Dance”.

The quasi-industrial hammering and swarming malignant savagery of “Dark Matter” hooked me so hard I thought it would tear a hole in my gills. And in addition to the song’s jolting grooves, incendiary riffing, and inflamed growls and howls, it includes a shredtastic solo and soaring clean vocals that wouldn’t be out of place in a power metal song.

The other original song, “Hierophant”, is more mid-paced and dissonant, but it burns, too, and is further proof of the instrumental and compositional skill of this Black Cult (whose members, we are told, are veteran musicians). The Motörhead cover is the third streaming track on Bandcamp, and Black Cult successfully put their own savage, infernal spin on the song.

“The Witches Dance” is further proof of the dynamic variety of music on the album. It’s a grim, sinister, predatory, occult piece with perhaps the most memorable melody of the four songs you can hear below.

Metal Scrap is selling the album as a CD; so far, a digital download isn’t available. To buy the CD, go here: 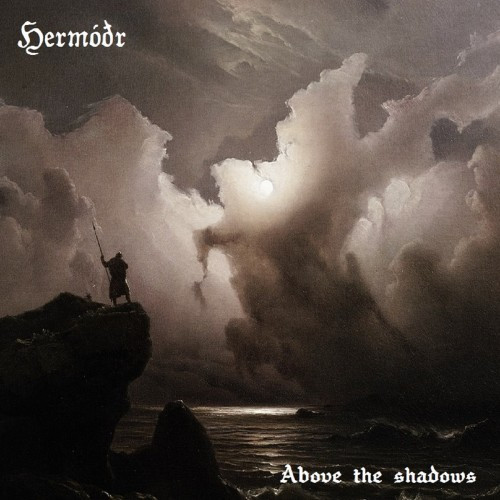 This next song is a sharp turn in style from the music of Black Cult.

Hermóðr is the alter ego of a prolific Swedish musician who calls himself Rafn. Since 2012, Hermóðr has generated 20 releases, including four albums (according to Metal-Archives). The most recent output is a single named “Above the Shadows”, which was released on June 9 and is adorned by a painting created by Knud Andreassen Baade.

“Above the Shadows” may be a misleading title, for it is steeped in shadow. A deeply somber piece, it stalks at the pace of a dirge, with Rafn shrieking in the throes of wrenching agony, but the aching, trilling melody is as spellbindingly beautiful as it is downcast and despairing. 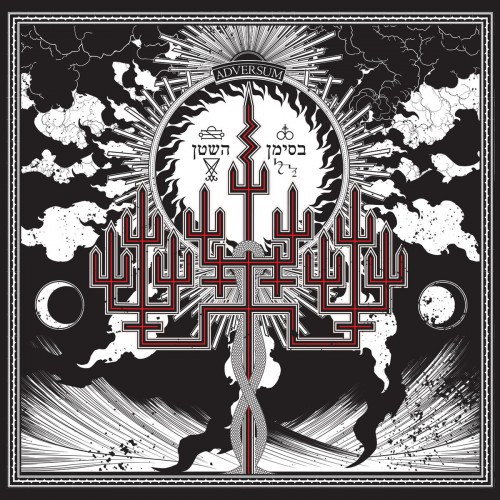 Adversum are a satanic black metal band from Germany, and their debut album In the Sign of Satan will be released by Lithuania’s Inferna Profundus Records on July 1. I haven’t yet listened to the entire album, only to the two songs streaming so far on Bandcamp that you can hear via the player below.

“Raining Salvation” rocks on the rhythm of a backbeat, with a deep rumble in the drive train and a gripping guitar melody with a melancholy cast. In the song’s back half, there’s a break in the rhythm, making room for the addition of slow, shimmering keyboard ambience that deepens the song’s aura of loss and longing. The vocalist’s demonic growls are also quite good.

“Left Hand Theosis” is also steeped in darkness and desolation — even more dramatic than “Raining Salvation” — with yet another forlorn vibrating guitar melody that’s emotionally powerful. This song also includes a change of pace in the second half, but this time Adversum surge forward in a rush of slashing riffs and thundering bass and drums.

This is bleak, melodic black metal of a high order. I hope you’ll be as eager now as I am to hear the rest of the album. 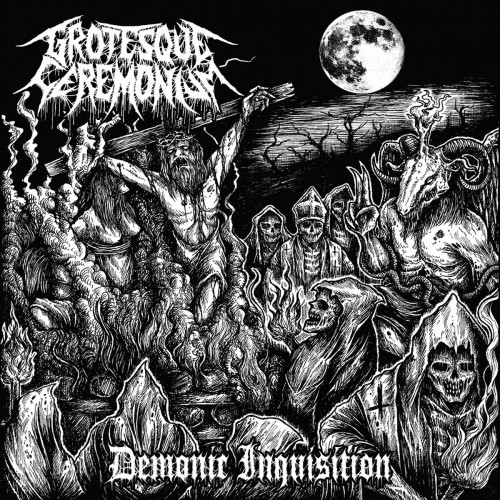 This next song is more death metal than black metal, but the boundaries I’ve set around these Shades of Black collections are flexible enough to permit its entry. Actually, I didn’t really “permit” anything — this song was an overwhelming invasion of my mind, and I was powerless to resist.

The name of the song is “Malefizhaus & Hexengefangnis” and it comes from the debut album (Demonic Inquisition) by a one-man Turkish band named Grotesque Ceremonium. The album’s sole creator is Batu Çetin, who has been a fixture in many other projects, including the long-running brutal death metal band Cenotaph.

This new song is monstrously menacing, oppressive, and heavy, moving from the devastating gale of a stormfront, to a doom-drenched stagger, to the jagged, rhythmic rush of a freight train from the netherworld. And Batu Çetin’s cavernous growls complete a decimating sound that can’t help but bring to mind the likes of Incantation and Profanatica. It’s one hell of a hellish assault — can’t wait to hear more!

Demonic Inquisition will be released by Satanath Records and More Hate Productions on June 15 in a limited edition jewelcase CD format and digitally.

(Thanks again to “M” for telling me about this album.) 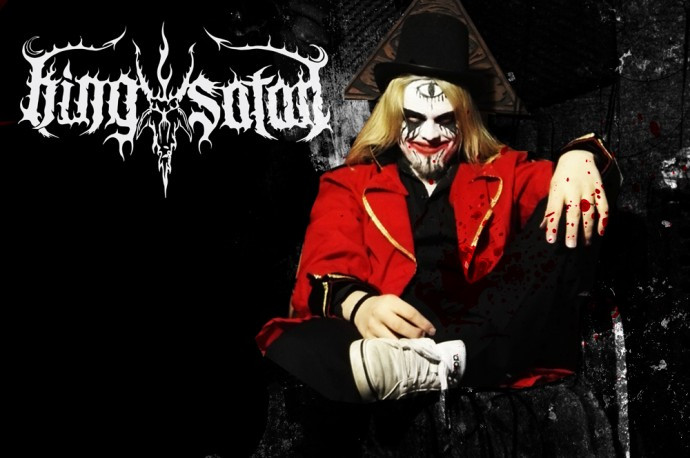 I’m going to close this collection with something that I suspect will make most aficionados of trve satanic black metal get their panties in a bunch, despite all the references to Satan. But I can’t help it. The song is so damned catchy, and the video is such a hoot, that I’d be a hypocrite if I didn’t share it.

The band (from Tampere, Finland) call themselves King Satan. They were founded in 2015 by “Aleister Von Satan” (a.k.a. fra. Zetekh of the occult black metal band Saturnian Mist), and the line-up now includes another member of Saturnian Mist (DJ Shemhamforash), as well as guitarist B.B. Kill and bassist Kate Boss. They are clearly having a good time blending electro-industrial, hard rock, and black metal into something evil… and danceable.

The video is for a highly infectious song named “Psygnosis“, which appears on King Satan’s forthcoming debut album, to be released by Saturnal Records later this year. I get an ’80s New Wave vibe from parts of this song, along with those other elements mentioned above. And Mr. Von Satan’s ferocious snarls and demented declamations are quite enjoyable, too. “FUCK THE REST, SATAN IS BEST!”