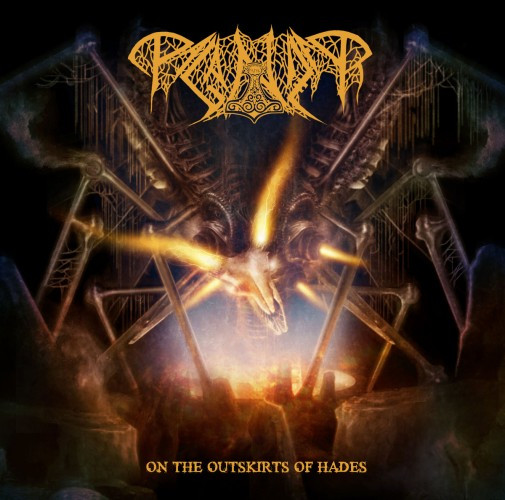 Of all the many musical projects of Rogga Johansson over an illustrious career, Paganizer is the oldest and longest-running, with the first demo (Stormfire) being released in 1998, followed by new releases or compilations almost every year since then. In this current year, the mighty Paganizer have again mounted a new death metal assault in the form of an EP fittingly named On the Outskirts of Hades, and today we bring you the premiere of its opening track: “Angry All the Time“.

What a great name for a song, and one that rings so true in the baleful light of Paganizer’s long and savage history. And it’s not only the title of the song that’s great. 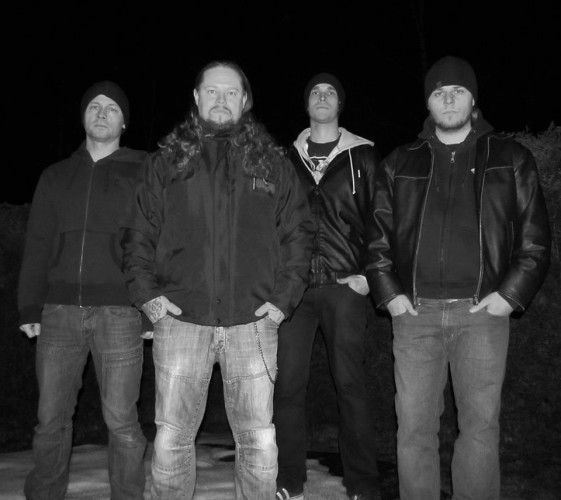 “Angry All the Time” lumbers into motion like a mid-paced monster, stomping with immense, pile-driving power, and then it just as irrepressibly rampages like an out-of-control steamroller. The guitarists churn out morbid, whirring tremolo riffs that operate like an industrial-strength drill applied to the listener’s skull, and then cap off the song with a solo that burns like an acetylene torch. All the while Rogga growls in the manner of a famished and enraged bear.

If all that weren’t sweet enough, the song is also ridiculously catchy. It is, in fact, a song as well as a sonic form of slaughtering, and a vivid reminder of why Paganizer continues to be a vital, as well as venerable, warrior within the realms of death.

On the Outskirts of Hades will be released on August 1, 2016, by Transcending Obscurity Records. Below you can see both Paganizer’s line-up for this release and the complete track list:

Track list:
1. Angry all the Time
2. Adjacent to Purgatory
3. The Netherworld Carnivale
4. On the Outskirts of Hades

To pre-order the EP on limited edition CD or as a digital download, go  here:

3 Responses to “AN NCS PREMIERE: PAGANIZER — “ANGRY ALL THE TIME””