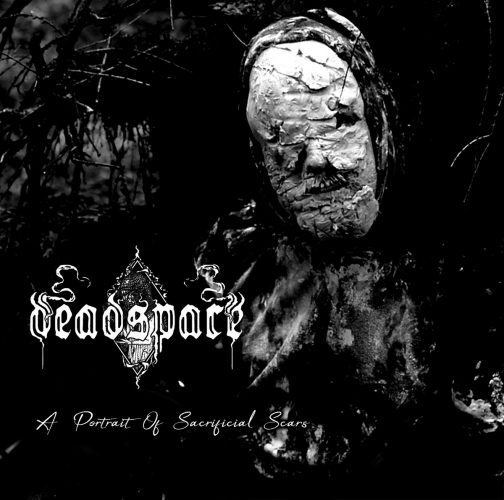 (This is Andy Synn‘s review of the final album by the Australian black metal band Deadspace, released on March 2nd.)

It’s always sad when a band you love announces that they’re calling it a day, especially when the band in question are currently producing the best work of their career.

Such is the case with Australian Black Metal crew Deadspace, who recently declared that, due to a variety of reasons, this year would be their last as an active band.

Before their final dissolution, however, they’ve thrown themselves into a flurry of activity, including multiple national and international tour dates (they recently performed their last ever show in their home country and are set to begin an EU tour alongside Lebenssucht at the end of this month) as well as the release of their sonic swansong, A Portrait of Sacrificial Scars, just last week.

And, let me tell you, if the band truly does have to come to an end this year, then they couldn’t have asked for a better way to bring down the curtain.

Beginning with the thematically resonant (not to mention emotionally devastating) strains of “Finale” and concluding with the climactic catharsis of “Into the Sea of Snakes”, A Portrait of Sacrificial Scars is Deadspace not only at their very best, but at their darkest too, exposing a side of that band that is significantly doomier and gloomier than even their most recent efforts suggested.

That’s not to say that …Sacrificial Scars is a total departure for the band by any means, and there are certainly several moments on both Dirge and The Grand Disillusionment which I could point to as obvious precursors to the monumentally bleak and brooding sound which dominates this record.

But it’s undeniable that the band’s final album is easily the most “pure” Black Metal record of their career, with songs like “Beg For Death In Absurdum” and “Nightfire” largely eschewing the gothic melodrama and morbid grooves prevalent on so many of their previous releases in favour of an overdose of oppressive ambience and black-hearted vitriol.

At a crisp, concise eight songs and 44 minutes, …Sacrificial Scars is also the most fluid and focussed Deadspace record yet, one whose carefully cultivated blend of influences and ideas feels (rightly) like the natural result of years of hard-fought graft and struggle, with every album and every EP serving as another crucible in which the band’s sound has been further tempered and refined.

This balance also extends to the mix too, as while Chris Gebauer’s anguished, howling vocals may often steal the limelight, they would be nothing without the doom-laden density of the guitars, the looming, menacing presence of the bass, or the prodigious, patient power of the drums, all of which work in perfect concert to deliver a captivating fusion of hypnotic heaviness and moody malevolence on every track.

Not only that, but the epic atmospherics provided by keyboardist John Pescod seem to have finally achieved their apotheosis here, adding a sense of grim grandeur to the album without ever dominating or distracting from its seething intensity. 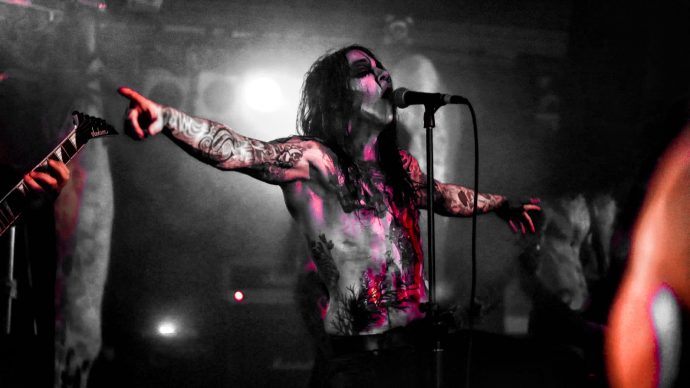 Unsurprisingly, considering the fantastic quality (and impressive consistency) of this record it’s difficult to select a series of specific, singular highlights for extra praise, and I would go so far as to say that there’s not a single song here which doesn’t deserve your full attention.

That being said, I must admit to a special affection for the titanic two-part title-track, “A Portrait of Sacrificial Scars” – potentially the best thing the band have ever written, running the gamut from shimmering melodic melancholy to searing blackened belligerence to depressive, dirge-like doom – as well as the pensive, perfectly-proportioned slow-burn of “Fatigue”.

It’s not entirely perfect, of course (the transition between “Nightfire” and “Flesh Wounds Deeper Than I Once Thought” is surprisingly abrupt, and you could easily strip the piano intro from the latter without actually losing anything from the album), but then what album truly is?

Suffice it to say that A Portrait of Sacrificial Scars is not only a fitting epitaph for a band who have only gone from strength to strength over the last few years, but is also, in my opinion at least, likely to be held up as their defining musical statement once all the dust has settled, proving once again that perhaps it really is better to burn out than to fade away.