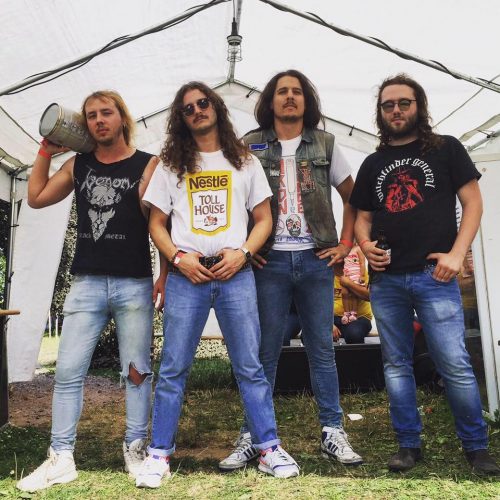 (We present Todd Manning‘s review of the 2019 debut demo by Germany’s Torpëdo, which was reissued last month by Gates of Hell Records.)

Gates of Hell Records is a subsidiary of Cruz Del Sur Music dedicated to bringing the best of Old School Heavy Metal to the world, and they’ve certainly found a prime candidate in the form of Germany’s Torpëdo. The label reissued the band’s demo Mechanic Tyrants on February 21st, complete with new cover art that captures the spirit of the Speed Metal vibes contained within.

The first thing that is apparent when “Maniac” comes ripping out of the speakers is the band’s ability to successfully blend the raucous sound of early Motörhead with Kill’em All-era Metallica. The album was recorded by the band themselves in a basement and it even captures the sound of that bygone time perfectly. Gritty but clear and powerful. 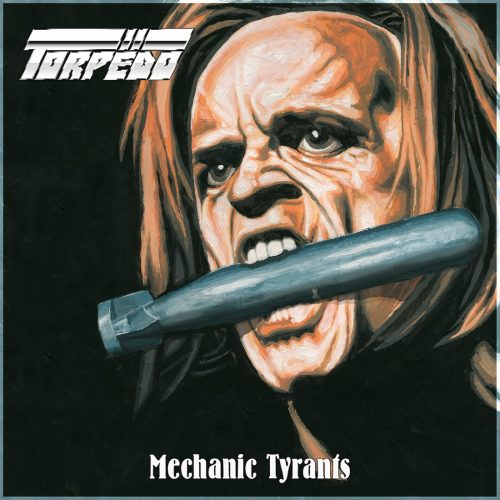 The title track gives off a strong “Four Horseman” vibe but separates itself with dueling lead guitars in the solo section. “Sons of Evil” sounds more like Lemmy fronting an amped-up early Saxon. The chorus contains a perfect stop-start drumbeat that would almost make me think of Mötley Crüe if the song weren’t much heavier. The more relaxed tempo also allows some fine bass work to shine through, especially during the guitar solos.

“Victim of Desire” captures the band in Punk mode. It’s probably their simplest song, but also catchiest. Once again, the guitar solos are a highlight. “Wraith of God” conjures Metallica and Motörhead again. What it lacks in upfront originality it more than makes up for with belligerent, fist-pumping energy. And just when you think everything is fairly predictable, there’s a breakdown with a German spoken-word part, followed by a short bass solo. Then, they give us a great half-time guitar solo. Then, just so there’s no doubt where their heart lies, the tempo picks back up and the other guitar rips out another shredding solo.

Things end with “Idiocracy”, which starts with a deceptively quiet intro with clean guitars. Do I detect a little Scorpions here? The impression slips by quickly as they touch on a little Iron Maiden before picking the speed back up. By the time the vocals kick back in, Torpëdo are raging once more. Once again, the drums break and the guitars start trading licks. When the drums reenter, be prepared for more Maiden-esque harmonies punctuated by flurries of shred.

If anyone read my year-end list for 2019, they’ll know I tend to seek out a lot of unusual Metal and lots of Death and Black Metal as well. Nevertheless, stuff like this gets my blood pumping, and Torpëdo are particularly goddamn effective on getting my heart rate up. Get this and get rowdy like you used to do before you got too old.