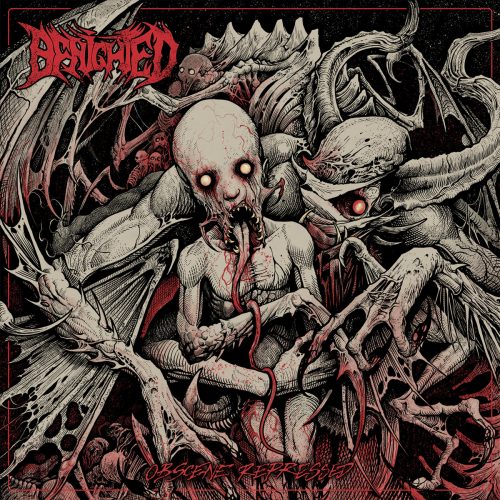 I thought the best way to begin today’s collection was with a really disgusting music video about a malformed child taking revenge on his truly awful family (or at least vividly imagining it). Don’t bother watching at work, but hey, in the days of the coronavirus who’s at work? 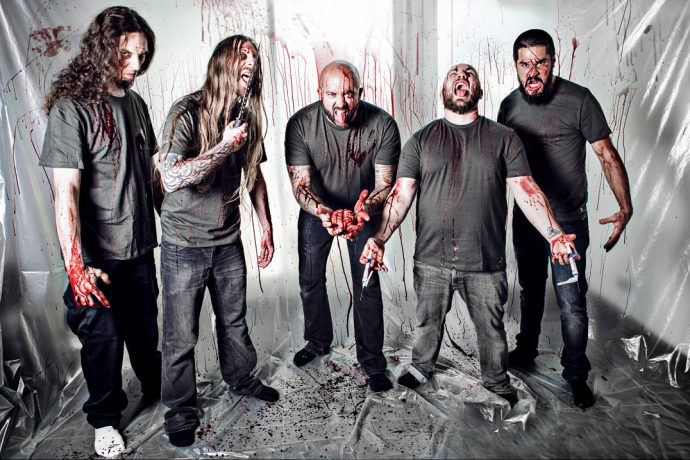 The video is for a song called “Nails“, off Benighted‘s forthcoming album Obscene Repressed. As for that song, Benighted haven’t made any sharp turns away from what you will likely expect — mauling, mutilation, and mayhem — all of it delivered at jet speed and with berserker spirit, coupled with a gruesome combination of guttural roars, crazed howls, and screeching breeees, also delivered at high speed. And bass drops.

If you need adrenaline, you’ve come to the right place. However, we’re all out of hand sanitizer and toilet paper.

Obscene Repressed will be released by Season of Mist on April 10th. 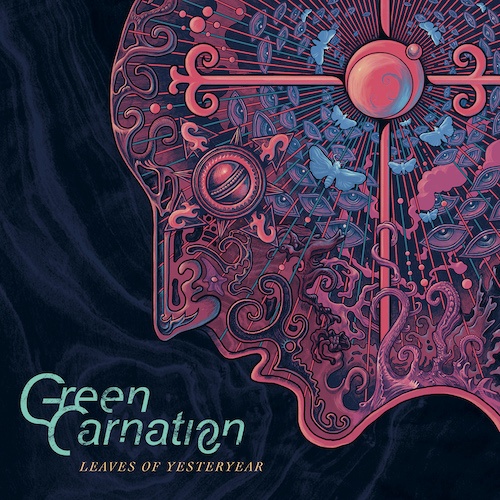 The origins of the Norwegian prog metal band Green Carnation go back to 1990. And 14 years have elapsed since Green Carnation‘s The Acoustic Verses (though they did also release a spectacular DVD recording that same year). But they now have a new album on the horizon. Entitled Leaves of Yesteryear (with vibrant cover art by by Niklas Sundin), it has a street date of May 8th via Season of Mist.

The album is described as “partially a retrospect on the band’s career, as the progressive metal act pays homage to their past and to their heroes with the re-recording of the classic song ‘My Dark Reflections of Life and Death’ and the Black Sabbath cover ‘Solitude’”. Of course, there is new original music, too, including the album’s title track, which debuted last week through a fascinating animated film made by the marvelous Costin Chioreanu.

Needless to say, the music of Green Carnation is an exception to our rule about singing, and the singing in the title track happens to be one of its high points, but not the only one. It’s also plenty heavy… and jolting… and mysterious… and also spellbinding. Damned catchy too. For some reason it’s reminding me a bit of Mastodon‘s “Crack the Skye” in places, and of Yes in other places. 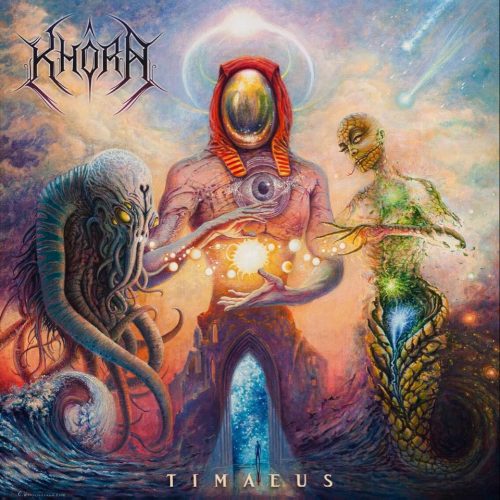 Khôra began as a one-man project seven or eight years ago but the project’s Ukrainian founder Oleg eventually enlisted Greek vocalist Kranos and Norwegian bassist Lars (Dødsheimgard). Moreover, the forthcoming debut album of Khôra (Timaeus) includes an extravagant number of guest appearances, including by Vicotnik from Døodsheimgard, Henri Sorvali from Finntroll, and A. Simonen from …And Oceans. As you can see, the album also  benefits from eye-catching artwork by Sergey Shenderovsky.

Between the cover art and all those interesting line-up names, I couldn’t resist partaking in the album’s first single, “De Vetus Ad Novum“. Not knowing what to expect, what I discovered was a musical carnival ride. At times it rockets ahead at a maniacal pace, propelled by full-fury drum blasting, bright, blazing guitars, and scorching vocal violence. At others it becomes beautifully luminous and unearthly in its sonic radiance, and singing voices also appear. At still others, it jolts and hammers. Mercurial and murmuring bass notes and soaring synth layers are but two of the music’s many fascinating ingredients.

I don’t know the right genre label to affix to this, because it’s quite an adventurous and ingeniously conceived hybrid. Maybe progressive black metal? Whatever the label, the song has suddenly kindled my interest in the album.

Timaeus will be released April 17 by Soulseller Records on CD, LP, and digitally. I haven’t found pre-order links yet, but assume they will eventually appear here: 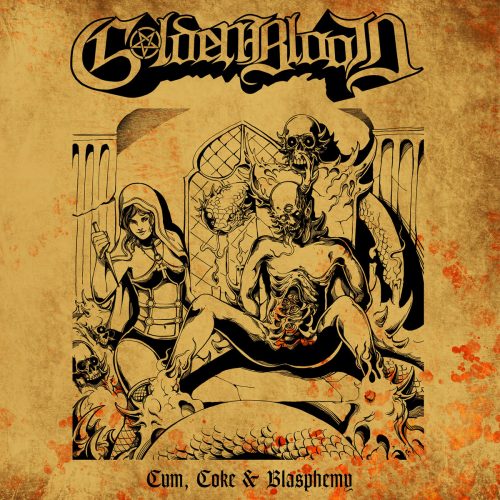 Despite the song’s title it has a grand and glorious overture, but then the real fireworks start as the music spurts into an electrifying blackened amalgam of speed metal and thrash with lashings of punk and classic heavy metal in the mix. The vocals are downright bestial; the riffing infectiously pulses like heated blood and eventually becomes a conflagration; and the reappearance of grand heavy metal chords becomes the setting for a spitfire solo that will send your clawed hands toward the heavens. This is aural hellfire of the finest kind, and supremely addictive too.

This song is the title track of a debut EP by the Austrian band Golden Blood, whose membership and background are unknown to me. It will be released on March 30 by Witching Hour Productions. I learned of it through a Bandcamp alert. 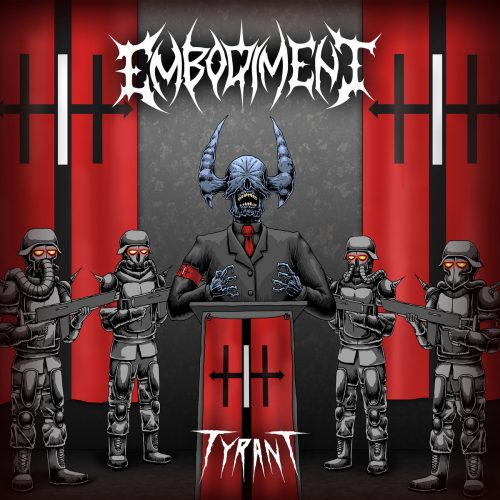 To conclude, I’ve chosen the following video released by Embodiment, a UK-based death metal band who have a new album named Palingenesis set for release on April 24th. This is their second album. The song in the video, “Tyrant“, has also been released as a digital single. As the band explain, and as will become evident in the video: “Tyrant is about an authoritarian regime that is controlled by a tyrannical dictator. Empowered by the ‘cult of personality’ effect, the people bow to his will or suffer the consequences.”

The video is easy to fall into, and so is the high-energy song. It’s not quite as deranged as the Benighted track that I picked to open this collection, but still makes a good bookend on the other side. The rapid-fire vocals veer between tyrannical deathly roars (pun intended) and blackened screams; the drumwork is battering, neck-snapping, and rampantly galloping; the bass delivers doses of atonal, deathcore-like jacklhammering; and the fretwork gets flashy enough to spin your head around while also delivering flares of soaring melody, both sinister and majestic. I think there’s a shotgun blast in here too.