(This is Andy Synn‘s review of the new album by German’s Heaven Shall Burn. It’s set for release on March 20th by Century Media and features cover art by Eliran Kantor.)

Heaven Shall Burn are, undeniably, one of my favourite bands. Their signature “Death Metal-core” sound – equal parts Bolt Thrower, Earth Crisis, and In Flames – is just so instantly recognisable, and instinctively appealing, that it feels like it was made for me and me alone.

Of course I’m far from alone in my love for the band, whose crossover potential means that they could just as easily hit the stage alongside Cannibal Corpse as Code Orange, Unleashed or Unearth, Kreator or Killswitch Engage, and comfortably hold their own, and sometimes it seems like the only thing preventing them from a major, mainstream breakout is their stubborn refusal to compromise their ethics, or dilute their heaviness, to suit the demands or expectations of others.

Still, I have to admit that when the band announced that their next record was going to be a double-album I was a little bit sceptical.

Let’s face it, as great as HSB can be, every one of their albums usually has at least a little bit of filler.

Sometimes it’s just a track or two (Iconoclast is pretty much killer front to back), whereas at other times it’s more widespread (only a handful of tracks from Wanderer, for example, have really stood the test of time), but, either way, the possibility that the band might be spreading themselves a little too thin by going so big was immediately at the forefront of my mind.

But I’ll be damned if they haven’t gone and pulled it off. 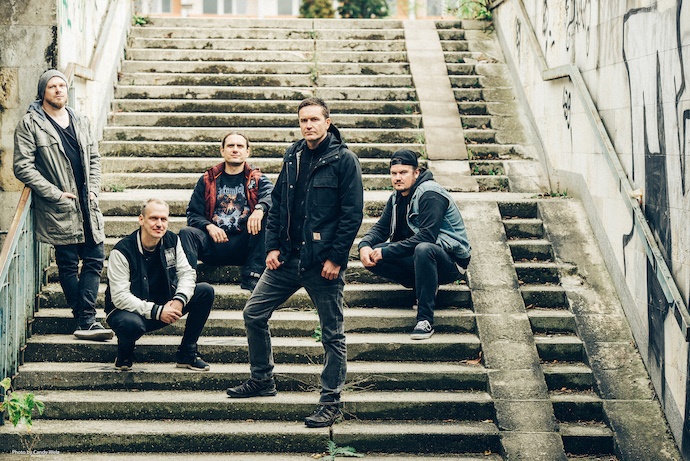 Of the album’s two halves, it’s the first, Of Truth, which is the most focussed and most consistent (little wonder, really, that three of the album’s pre-release singles come from this disc) and which provides the most “pure” Heaven Shall Burn experience.

From the irresistible forward motion of “Thoughts and Prayers” (which meshes seamlessly with scene-setting intro track “March of Retribution”) to the punkier, but similarly propulsive, “Terminate the Unconcern”, Of Truth is (with one notable exception) one explosive shot of face-melting metallic fury after another.

“Eradicate”, for example, is four and a half minute of relentless rage, a little bit thrashy, a little bit deathly, and very, very heavy, while “Protector” is an instant classic made up entirely of razor-sharp riffs, lung-splitting vocal hooks and shamelessly catchy, Gothenburg-esque leads.

Then there’s the massive guitars and blasting drums of “Übermacht” and “What War Means”, both of which err far more towards the Death Metal side of things (with the former’s subtle synth and electro embellishments managing to, somehow, enhance the song’s heaviness) while also serving as brutal bookends to the more melodic approach adopted on brooding bruiser “My Heart and the Ocean” and the unexpectedly poignant and proggy “Expatriate”.

The latter track is easily the biggest surprise on the entire disc, as it’s an extended slow-burn, synth-and-string-driven soundscape, reminiscent, in places, of Nordic Giants and almost totally devoid of the band’s traditional metallic muscle.

It really shouldn’t work… but somehow does, and, against all odds, actually helps tie the whole disc together by giving the listener a much-needed chance to rest and reflect. 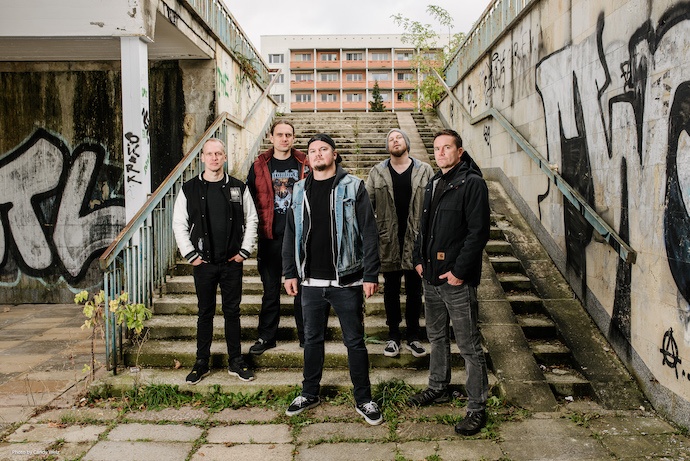 By contrast, disc 2, Of Sacrifice, is less consistent, though this is more due to the unexpectedly varied array of styles and approaches on display than any lack of quality.

On the one hand there’s the haunting melancholy of songs like “Children of a Lesser God” and spellbinding closer “Weakness Leaving My Heart”, which show off a moodier and more pensive side of the band, and on the other there’s the ridiculous heaviness of tracks like “Stateless”, “Tirpitz”, and “Truther”, which quickly remind you just how much of the band’s DNA is deeply rooted in Death Metal (“Tirpitz” in particular positively bristles with moments which I can only describe as Dismember-esque).

In between these two extremes – or maybe off to one side – are more experimental numbers like electro-metal anthem “La résistance” and the melancholy majesty of “The Sorrows of Victory”.

And while the strobing pulse of the former is, at best, kind of an awkward fit for the album, the dramatic clean vocals of the latter ((provided by Chris Harms of German Goth-rockers Lord of the Lost) slot in seamlessly alongside the song’s heavier moments, making it one of the most singularly striking tracks on the entire double-disc set.

But while it’s second disc may be more uneven, and less fluid (and that’s without mentioning either “Eagles Among Vultures” or the band’s furiously faithful cover of Nuclear Assault’s “Critical Mass”) the truth is that, whether you choose to take it as one massive entity, or enjoy it in split sessions, Of Truth & Sacrifice more than justifies all the time and effort which have gone into its creation.

It’s got some of the band’s heaviest, most punishing tracks, some of their catchiest, most melodic material, and more than its fair share of surprises, with very little in the way of filler, and every single second of every single song practically bleeds passion and raw emotion.

Could you perhaps cut a track here and there? I wouldn’t say no… but even then I think you’d still be left with more than enough high-quality, high-intensity material than you could fit on one disc.

So let the word go out… sometimes more actually is more!