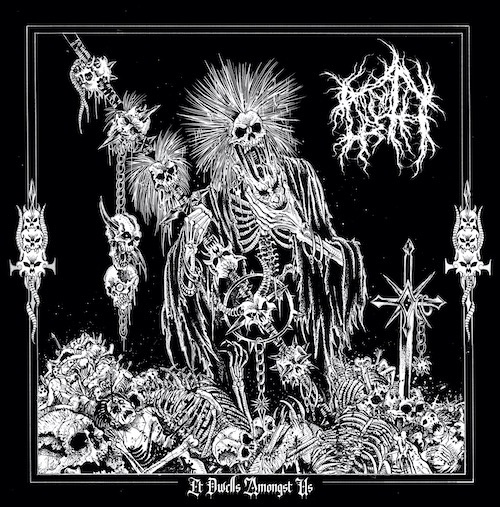 For decades Seattle has been a spawning ground for a broad array of extreme metal bands who have left their mark on every sub-genre. And now it has given birth to a true monstrosity, a mutilating beast mid-wifed in a sepulchral charnel pit by the muses of death and doom. This mysterious three-headed entity is known as Noroth, and none other than Caligari Records is poised to release their horrifying debut album, It Dwells Amongst Us, on April 10th.

We had a chance to sample some of Noroth’s music and reached out to offer our own putrid catacombs as a home for a track premiere, and it is with fiendish pleasure that we do that now, presenting the album’s opening song, “Shadow, My Patriarch“. 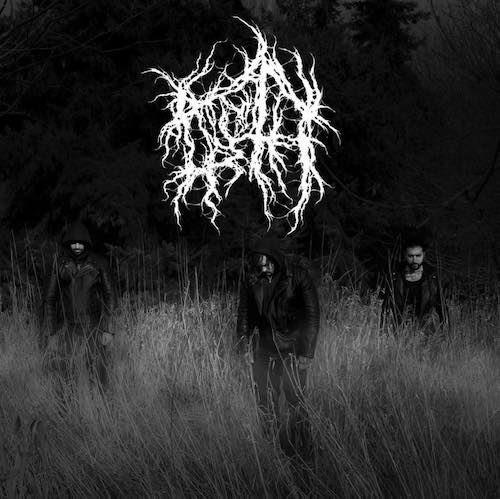 As the track uncoils like a great serpent, spectral wailing sounds lead into a flurry of warped, seething riffs and hammering percussion. With that opening charge providing a recurring motif that locks the song together, the band segue into changing phases of spine-shaking and horrifying brutality, ranging from pile-driving, skull-busting chugs to mid-paced assaults of jagged, jarring, and freakishly twisting riffage and a gradually slowing descent into groaning, crawling doom punctuated by sharp drum detonations and calamitous sledge-hammering chords. Through it all, the vocalist proves a talent for venting gargantuan abyssal growls that claw at the brain with leviathan immensity and serial-killer cruelty.

The music is produced in a way that achieves a balance between clarity and corrosive, mind-mutilating power. In listening to this song, thoughts of Incantation, old Deicide, Drawn and Quartered, and Temple of Void come to mind, while Caligari invokes the names of early Bolt Thrower, Cianide, Winter, Goatlord, and Rippikoulu — and you my have other thoughts as well. But while the influences may be identifiable, there’s no denying that Noroth have quickly demonstrated impressive mastery in their songwriting and their merciless execution. Definitely a band to keep a sharp eye on. 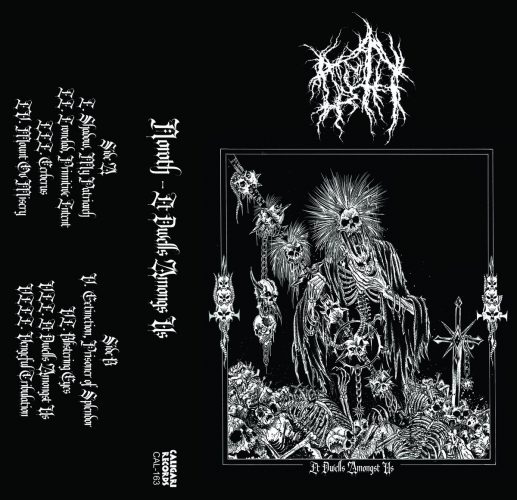 Caligari Records will release It Dwells Amongst Us on Pro Tapes with Pro Covers, limited to 150 copies. The killer cover art was created by Archaic Filth, and the album’s lyrical themes are devoted to “the darkest ills of humanity – what it does unto itself and the natural world”.

If you’re within striking distance of Seattle or Tacoma, Noroth have some shows coming up in the near future; more info about them is available at their Facebook page.

One Response to “AN NCS PREMIERE: NOROTH — “SHADOW, MY PATRIARCH””