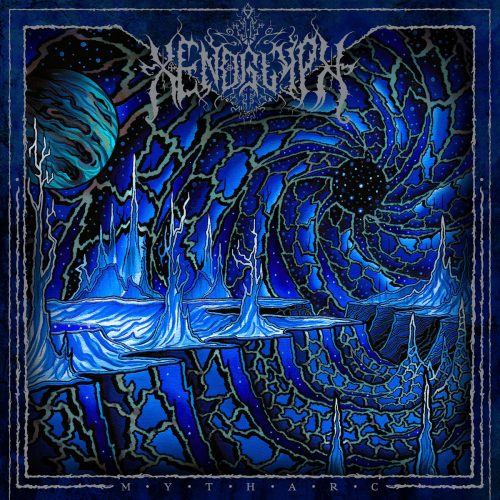 The world seems to be going to hell in a hand-basket, with thoughts drawn inexorably to the demands of mere survival, all eyes cast down toward emptying streets and shelves, more aware of spatial distances and less aware of time passing, and no clear view of the future. At times such as these, something could be said for music that boldly and triumphantly unfurls into the cosmos — while also expressing the harrowing potentials that may lie ahead.

And that brings us to Xenoglyph, an anonymous futuristic black metal duo with a taste for the avant-garde and a talent for creating music that’s both transportive and unsettling, both mind-bending and “physically” ravaging. Their debut album Mytharc will be released by Oregon-based Glossolalia Records on April 17th, and today we present its stunning title track. 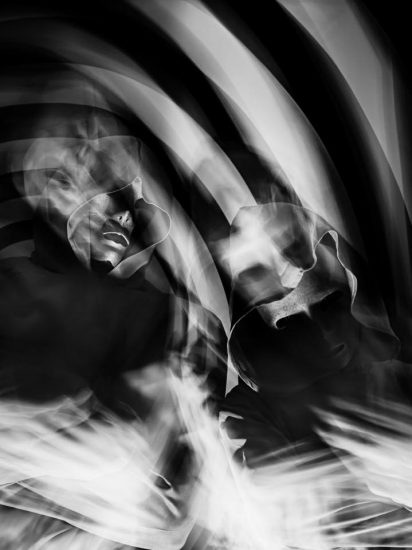 This transfixing musical trip begins with a weird and mind-warping harmony whose dissonant emanations flare up and out as the prominent bubbling bass tones, clattering drums, and scalding shrieks join in. The melody falls into dismal dimensions and leaps into fiery and frenzied celestial flourishes. The music swirls and soars with extravagant, gleaming cascades of sound that are cinematic in their sweep, while the rhythm section continue to provide a compelling physical vibrancy and the vocalist splits his throat in even more torrid and tormented expulsions.

The darting and demented fretwork continues unabated, creating an electrifying (yet disturbing) sense of feverish exultation within the glorious synth swells, which resemble the rising voices of some angelic host wielding swords of flame. Yet as riveting and immersive as that grand layering of sounds is, the bass and drum-work continue to demand their own attention through their own inventive maneuverings. 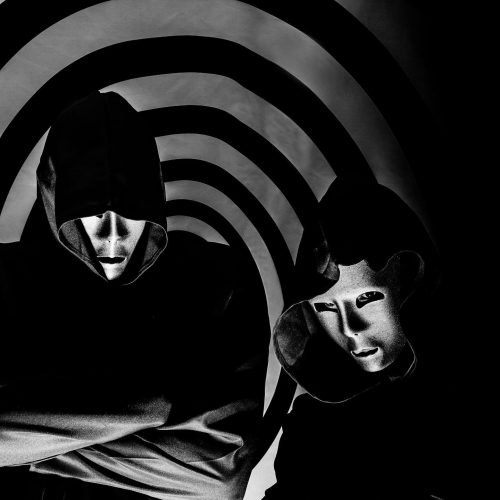 Not for naught does Glossolalia describe Mytharc as a record that “is as bizarre as it is triumphant, as epic as it is psychedelic — a vanguard opus that demonstrates a reverence for the ancient, as well as a fondness for the futuristic”.

The album was recorded, engineered, and produced by Xenoglyph at Apocryphon Audio, and was mixed and mastered at Hell Studio by Sebastien Robitaille. Xenoglyph also created the album art (with the logo crafted by Christophe Szjpadel and formatting/layout by Jacob Spies).

Glossolalia Records will release the album in a cassette tape edition of 100 copies (duplicated for Glossolalia by National Audio Company), as well as digitally.