The news is that Enslaved have completed a new album named Utgard, but that they and their label Nuclear Blast have decided to postpone the release until the coming fall. The first single, and an accompanying video (filmed in Iceland), will be released on May 22nd. 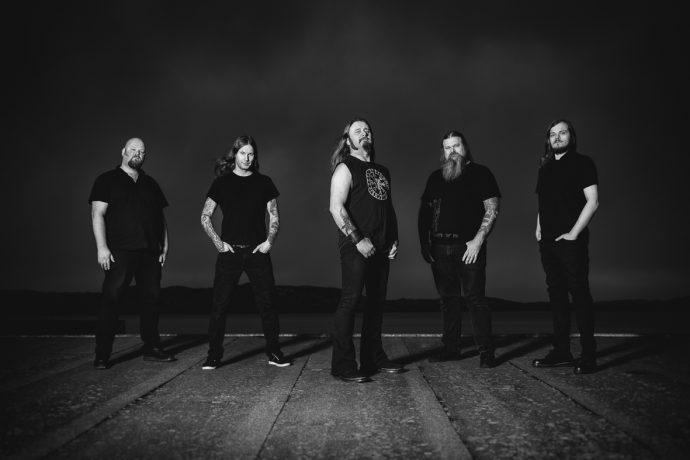 The other piece of Enslaved news I’ll share is that the band will be headlining the Verftet online music festival in Bergen, Norway, on April 1st. The online event will be streamed via Bergens Tidende and YouTube. I found a Facebook page for that fest and didn’t recognize the names of any other performers (i.e., they don’t seem to be metal), but you can explore it for yourself here.

Today Clouds released a single called The Path of Sorrow, along with a video for it. In the making for a year, it includes guest vocals by these people:

The single is available as a pay-what-you-want download at Bandcamp. The band and all of the collaborators have decided to donate any earnings “to hospitals and research in order to help in any way with combating and preventing viruses and diseases such as the corona virus.” 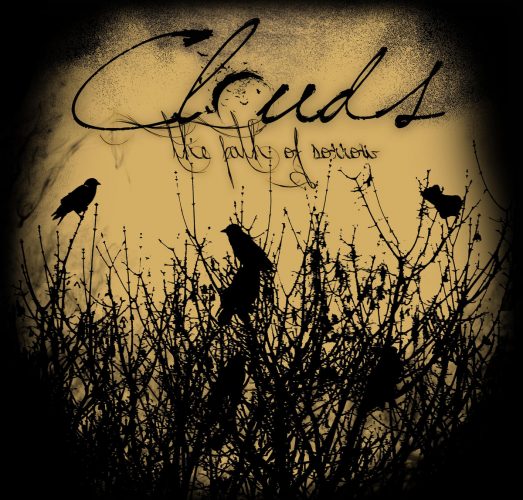 The music: Beautiful and grand, flowing and ebbing, continually building in anguished intensity and subsiding into heartbreaking sorrow, enriched by a wonderful tapestry of different voices, both harsh and pure. It put a lump in my throat, as the saying goes. And the video allows us to see all the vocalists performing their parts, often in duet.

Clouds also announced that by the end of the day they will make available a paid video for a cave show they performed in Valkenburg (The Netherlands) that features Jon Aldara (Hamferd), Pim Blankenstein (Officium Triste), Gogo Melone (Aeonian Sorrow), Sylvaine, Kostas Panagiotou (Pantheist), Kayla Dixon (Witch Mountain), Mihai Ilie (Abigail), and Andrei Oltean (E-an-na). Check their Facebook page to find out when that happens.

A glorious prog-metal instrumental, packed with jolting grooves and soaring melody, granite-heavy bass tones and arpeggios that are both darting and fluid, sparkling and glimmering, and sometimes psychedelic. Great drum performance throughout. I’ve listened to this several times since discovering it yesterday, and it gives me a thrill each time.

“Perilous” comes from Precognition, the second album by this Chicago duo (Augie Portugal and Ian Wheeler), which will be released on April 20th.

The song is “Exh-Enî Söph (1st Passage: Exiled From Sanity)“, one of ten tracks on Eternity Of Shaog, to be released by I, Voidhanger Records on May 22nd.

A pair of changing sonic tapestries that prove to be enthralling. The first includes celestial synths and clean, mesmerizing guitar melody; crushing heaviness and swelling symphonics; wretched screams and bestial growls; spectral singing and harrowing howls; and changing rhythmic intensity. The overarching mood is one of despair, though it becomes mystical and mesmerizing at the end.

The second, larger, tapestry is also a changing musical journey, majestic funeral doom at first (with gargantuan vocals), shrouded in shining keyboard mists, but building in intensity, never losing its feeling of terrible grandeur yet raking at the soul with sharper claws (and inflicting plenty of spinal trauma as well). Gorgeous, grief-stricken outro as well.

Exitium Sui is the solo project of Chris Gebauer, the vocalist of Australia’s Deadspace, who released their swan-song album earlier this month. This substantial EP, Nuclear Sundown, was released on March 22nd.

This is the title track to Forheksa’s debut album, which will be released on April 14th by the German label Kammer Records. I haven’t yet listened to the rest of the album, but saw a reference to “apocalyptic rock”, so I’m guessing there will be stylistic variations from the dark-folk of this first song.

Time to switch gears in a big way from that last song. This one is a heavyweight mauler, an amalgam of brutally punishing grooves, galloping drum propulsion, massive HM-2-powered riffing, and scorching vocal hostility. Wish it had been longer. Thankfully, there’s a lot more thrills and spills within this record.

Taken from the album Age of the Idiot, the title of which is a great name for our current age. Coming from Transcending Obscurity Records on May 22nd.

Top-shelf speed metal with an epic feeling that will get your motor running hot and fast in no time at all. Horned warlords lead their infernal legions racing and stomping into battle, backed by screaming guitar solos, grand heavy metal riffs, fast-paced thrashing, and Amy Lee Carlson‘s fantastic voice, which changes colors like a chameleon — soaring like a power-metal hero but capable of channeling demonic viciousness too.

P.S. I’ve seen this band live because they’re from the Seattle area, and they kick massive amounts of ass in a live show.

Like a few other things in this collection, “The World is Calling Me” isn’t really metal, but man, it sure has gotten its hooks in me. The vocalist has a fine soaring voice a la Robert Plant, the guitarist delivers a powerfully psychoactive solo, and the song has its heavy, skull-busting moments too, along with a darting riff that’s infectious.

The video is a huge amount of fun to watch too. The protagonist walks through streets populated by zombies, as if he has become used to their presence, shrugging them off, bound and determined to make it to his favorite band’s gig. But during the show, some even more interesting things happen….

From the album Great Illusions, set for release on June 12th by Eclipse Records.

“At once traumatic and cathartic, the track writhes under the weight of its own sonic enormity.” That description in the press release for this latest advance track from Ulcerate‘s new album nails it. The song is infused with post-metal influence, and as we’ve already discovered, the music is produced with greater clarity than on previous Ulcerate albums, but it still packs a wallop, with a surging intensity that turn it into an emotional ravager.

“Dissolved Orders” is the closing track to Ulcerate’s new album Stare Into Death and Be Still, which will be released by Debemur Morti Productions on April 24th.

An 11-minute track that earns all those minutes. “Melodic black metal” is one short-hand label that some might be tempted to apply, but I think that’s misleading. Heavy, grim, and gloom-cloaked in its slower movements, and with a mythic feeling in its hurtling passages, which create feelings of tension and turmoil, defiance and despair. Lots of clean guitar work (and general clarity for everything else as well), with riffs and leads that hearken back to old days of classic heavy metal, and vocals that are closer to growls than rasping snarls.

Just past the mid-point there’s a beautiful instrumental interlude that’s soft and entrancing, and as the song builds again, it becomes even more grand and enthralling, capped by an incredible extended guitar solo. The song made me think of swords and sorcery more than once.

Voodus was once named known as Jormundgang. This song is one of the two tracks on Open the Otherness, a new 25-minute EP (which follows their debut album) that will be released on June 22nd by Helter Skelter Productions.

Speaking of swords and sorcery, the grandiose overture to this song is downright epic, and when the band take off it remains a glorious, blood-rushing experience. The vocals for this brazen, blazing speed-metal epic are as vicious as a rabid wolf, which is a damned good thing.

“Solar Winds” is from Damnation Is My Throne, a comeback album by this Canadian speed metal band, who were first active in 1984-1990. It will be released by Nuclear War Now! Productions on April 25th.