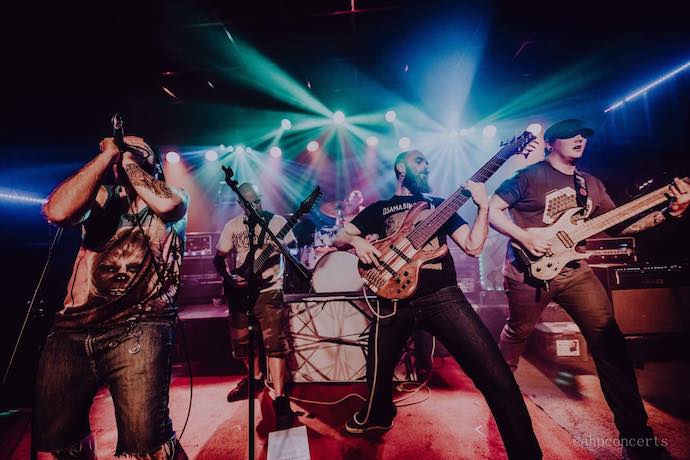 Man, this video makes me so fucking nostalgic, amped-up by the memory of being in the midst of a packed crowd and in the presence of a band on stage kicking our adrenaline into collective overdrive, and longing for the day when that can happen again.

But beyond the intense nostalgia for happier times that this new video provokes, it’s also a tonic for all the other mental and emotional ailments many of us are experiencing these days, because both this new song by Zan and the way they kick it out in the film of this live performance is exhilarating on a bunch of different levels. That song, “House of Splendor“, is the kind of thing that does indeed transform a shoulder-to-shoulder venue into a house of raucous splendor. It comes from Zan’s new album Behold the Key, which was just released last Friday by Blackhouse Records. 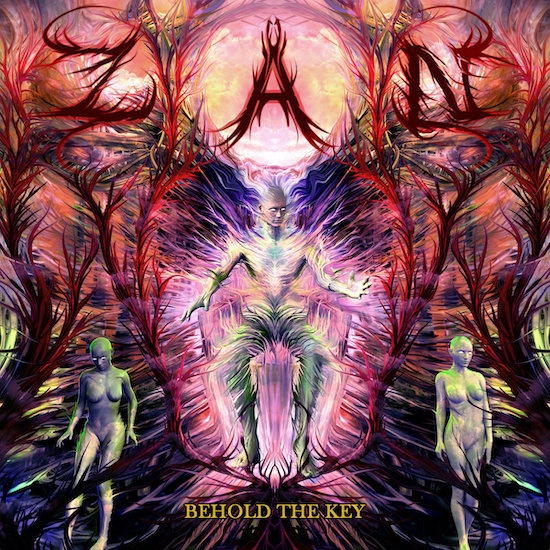 If you happen to be unfamiliar with Zan, they hail from Richland in eastern Washington State — in “the Wasteland that is the Tri-Cities”, as the band say (home of the infamous Hanford Nuclear Plant) — and this new record is the follow-up to their 2017 debut, √-1 (reviewed by us here) Their music inspires thoughts of a five-car pile-up of Carbomb, Pig Destroyer, Meshuggah, Dillinger Escape Plan, and Discordance Axis, delivering groove and madness, death/grind brawling and math-metal mayhem, and a ton of vicious, electrifying energy.

Which brings us back to “House of Splendor”. It’s high-spirited and mean-spirited — at least in the sense that the song hits like a heavy-weight puncher. The band waste no time, moving right into a surging rush of pugilistic drumming and abrasive, pummeling, gut-gouging riffs. Soon enough you’ll be treated to lots of inventive instrumental interplay among the drummer and everyone else, with frequent tempo changes — but you’ll also detect a persistent pulse in the song that returns again and again to hold all the mind-bending permutations together (it won’t take long for you to recognize it, or to be hooked by it). And to be sure, what happens in between those recurring motifs is unbounded — an array of frantic jolting riffs and fret-leaping arpeggios that dart, squirm, and quiver.

The vocals are also all-over-the-place, veering from gritty death growls barked from a throat that sounds half-full of gravel and blood, scraped-raw braying howls, screaming yells, and the squealing, shrieking sounds of an animal being slaughtered (though that might be some kind of instrument torture instead of the convulsions of a throat). 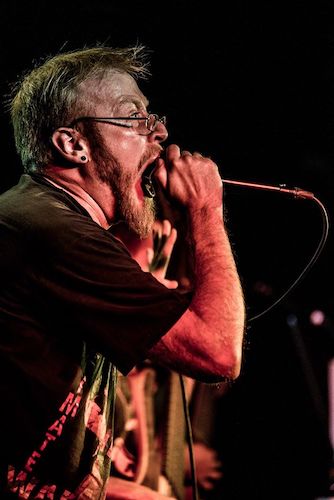 And to return to the video, even if you couldn’t see the song being performed live and the way a crowd reacts to it, you could make the guess, and see it in your mind. But it’s great to see the actual documentation, and the confirmation that, hell yes, this is a blast to catch in a live setting. Credit for the video goes to Scott Rozell, who directed and edited it, and to Linzey Rae at Daydream Collective, who filmed the footage. 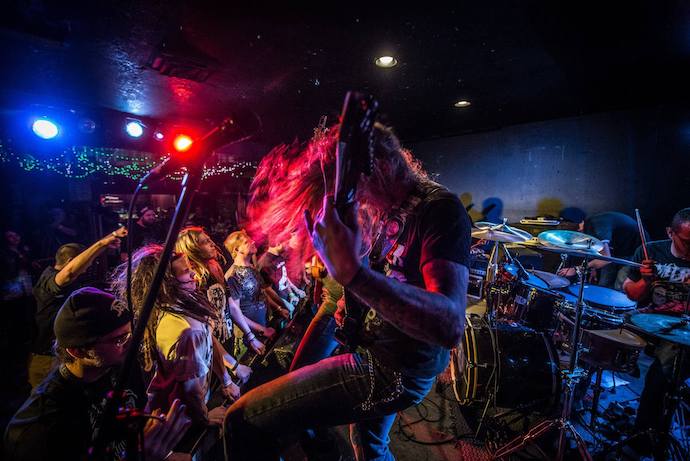 Behold the Key is out now and available from Blackhouse Records on LP, CD, cassette tape, and digitally. Check out the options via the links below.

2 Responses to “AN NCS VIDEO PREMIERE: ZAN — “HOUSE OF SPLENDOR””