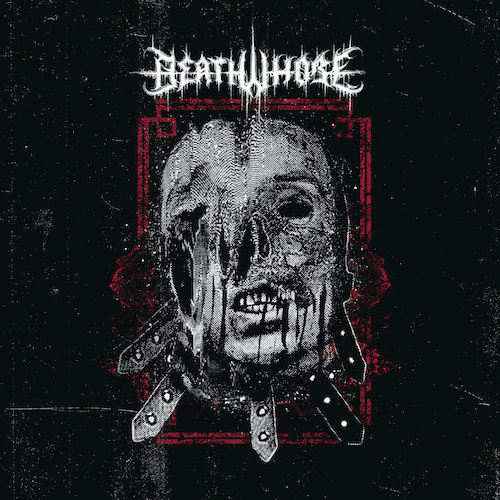 “Imagine a cross between the brutalizing grooves of Y2K-era Metal Hardcore greats like Terror, Xibalba, Nails or Rotten Sound, and old school Swedish Death Metal breakneck riffing”. That’s part of the introduction that Death Whore gave us to their self-titled EP, along with references to Harm’s Way and Entombed. That description of the band’s amalgam of punishing hardcore and bone-mangling, neck-wrecking Swedish death metal punched all sorts of pleasure-center buttons in our brains, and then it turned out that the music fully lived up to the descriptions. And thus we were eager to help spread the word by premiering a full stream of the EP today, in advance of its April 10 release on CD and digital.

Death Whore rampage through seven tracks in 20 minutes, and every one of those compact brawlers is explosively destructive and propelled by the kind of feral and filthy savagery that will light a fire under your pulse rate. 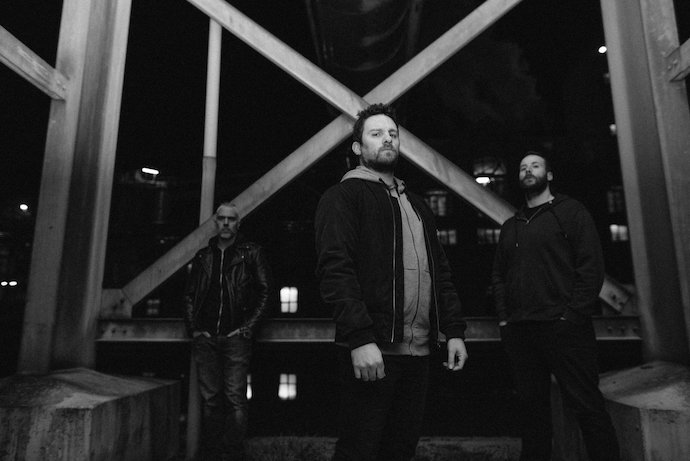 Anchored by skull-cracking drumwork and obliterating low-end bass power, Death Whore deliver an array of massive chainsaw riffs, choked with HM-2 distortion, chugging and mauling and jackhammering with abandon, and they segment the mayhem with punishing grooves that hit like pile-drivers. Not to be outdone by all that cranium-cracking, gut-churning power, the vocalists discharge scorching, larynx-ripping hardcore howls, sometimes doubled for extra fury and sometimes elevating into terrorizing screams.

To their benefit, the band didn’t forget about the appeal of dynamics, and so at well-timed moments they pull back from the rampaging juggernaut onslaughts of grinding, gouging tumult and hard-driving drum propulsion, slowing into gigantic lurching stomps and methodical brute-force hammering, while lacing the songs with quivering and shrieking leads that add to the atmosphere of berserker violence.

Some of the songs lean more in a hardcore direction, such as the romping punk rhythms, fast-chugging riffery, and gang yells you’ll find in “Guilt Has Gone” or the album closer “I’m Into Murders”, which delivers wild, scampering savagery but includes a thoroughly ruinous breakdown (and an attention-grabbing bass solo). Others, such as “One Knife, One Cut”, explode into jaw-dropping bursts of accelerated sonic warfare and crazed, throat-ripping vocal extremity. “Violence”, on the other hand, begins in a slow, apocalyptic, pounding cadence, the corrosive chords transmitting utter dread and degradation, and it remains mid-paced and utterly merciless in its infliction of bone-splintering trauma.

And yes, all the songs really are merciless neck-wreckers. So, as trained medical professionals (not really), we urge you to get those muscles loose before you hit play, because you won’t have much chance to do that for the next 20 minutes. 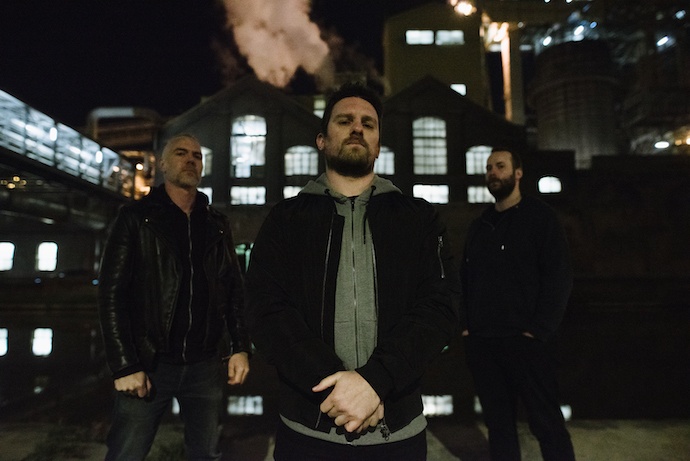 Death Whore was produced, engineered, mixed, and mastered by Pierre Schaffner at Les Studios de la Forge, and the EP’s cover art was created by Szymon Siech, with logo design by Christophe Szpajdel.

As mentioned at the outset, the EP will be released on April 10th on CD and as a digital download. Pre-orders are avalable now: