(This is TheMadIsraeli’s review of the new album by Germany’s Dark Fortress, which was released by Century Media on February 28th.)

This COVID-19 situation has really fucked with all of us in big and small ways.  That should go without saying, but it’s also my excuse for being so behind on NCS shit.  Quarantine prep, a tornado hitting close to home and putting me out of power for a bit, and other setbacks have kept me distracted from my NCS duties and it’s sucked. But now I’m back to full operational no-life quarantine activity and I can finally get to this.

I’m glad in the end that I’ve been held up, because it’s given me an absurd amount of time to spend with Dark Fortress in the interim.  They are definitely one of my personal favorite black metal bands, Old Mans Child and Keep Of Kalessin joining them in my top three.  Their dedication to doing a form of black metal that’s sort of amorphous while being incredibly disciplined, precise, and unafraid to consistently dive into other sub-genres of extreme metal is the kind of thing I love, just in principle.

Spectres From The Old World is a record in particular that I find fascinating, because if anything, it points to a band who are moving away from black metal as the foundation of their sound and want to re-purpose it as a flourish. 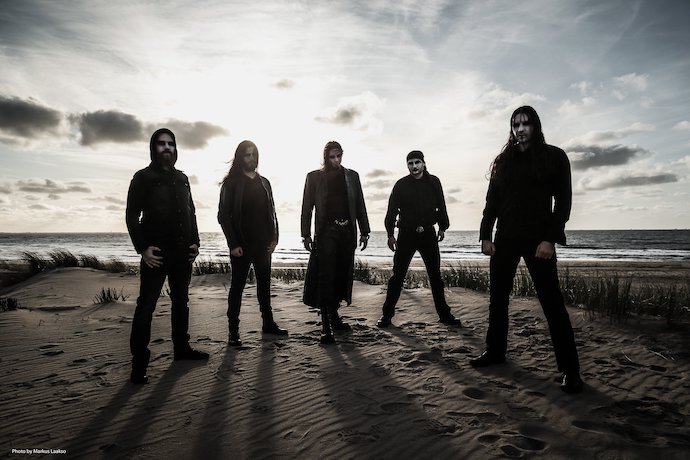 Which sounds weird to say I know, especially since, as late as this review is, you guys have no doubt already heard this record.  There’s still black metal elements, of course, such as the use of full chords and atmospheric tremolo-picked notes, but Morean’s vocals are lower, the pace of the music is distinctly driving, and not black metal on a majority of this record.  If anything, Spectres… feels like Dark Fortress attempting a blackened death metal record with progressive tendencies and a distinct affection in a lot of areas for the amorphous gothic doom metal of anything Thomas Fischer-related.  Lots of moments on this record sound like an elaboration on late Celtic Frost and Tryptikon ideas, but with Dark Fortress’ brand of technicality and song-writing prowess applied to it.  While this record is full of torrents of blast beats and military-precision riffing discipline, the highlights of this album are often in its love of absolutely morose, maddening drags of atonal riffing or melancholy mixed with alien melodic moments.

I love both modes of the band on this record.  The more death metal oriented songs such as the title track, opener “Nascience/Coalescence”, “Isa”, and “In Deepest Time” are the definitive proof that Dark Fortress are more in this headspace than a black metal one.  Sure, the elements are there, but machine-gun or intensive low-end death metal style riffing is driving the majority of what’s going on here, while “Isa” (an album highlight for me) sounds like a straight attempt at a Triptykon song that pays dividends.  The slower paced songs tend to be the more black metal songs — “The Spiders In The Web” which totally dials into full-blown Celtic Frost in its climax, the doomy ear-worm that is “Pali Alke” — while a couple of barn-burners that turn the speed up are still there with “Pazuzu” and “Pulling At Threads”.

I kind of expected to feel this way, of course, but Spectres From The Old World is great.  It’s an exciting record by a band exploring new territory with the same conviction and inspiration they’ve devoted to everything before it.  I do think the record has some weird album-structuring issues, but this collection of songs is some of the best material the band have ever written, while also being the most consistently aggressive and propulsive album they’ve written to date.  I love it.

Also it’s kind of a perfect quarantine album.  I think the sound on this album captures the feelings of unease, dread, and whatever other unsettling things we are all experiencing right now given the times.

One Response to “DARK FORTRESS: “SPECTRES FROM THE OLD WORLD””