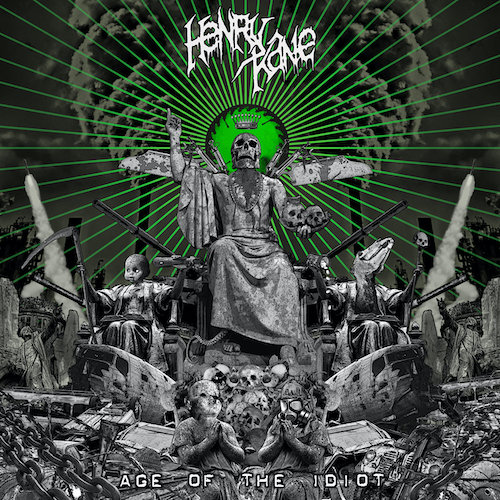 Given the usual volume of verbiage we unload in introducing premieres, there’s a better-than-even chance it would take you longer to read what we have to say than to listen to this new Henry Kane song. So, let’s speed things up:

While you’re re-filling your lungs with oxygen after that thoroughly adrenalizing shockwave, here’s what we blurted out up above, in somewhat easier-to-read form:

And in other words, the song is a maniacal death/grind frenzy that’s explosively powerful and as maddened and feral as a rabid mastiff on fire. Or, to mix the metaphors, listening to it is like being caught in the cross-hairs of a jet-fueled strafing run descending from the skies… during an earthquake. It’s one of 19 tracks on Henry Kane‘s sophomore album Age of the Idiot, which will be released by Transcending Obscurity Records on May 22nd. 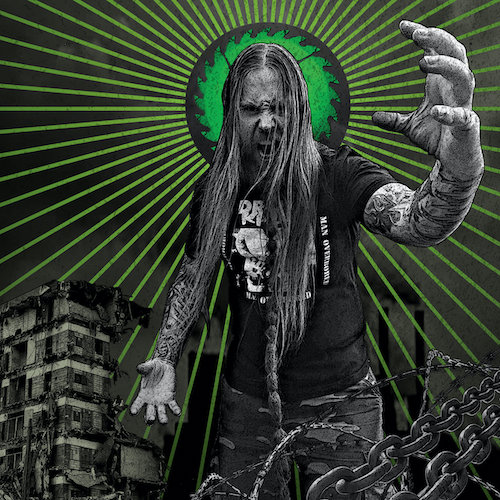 Once again, Henry Kane‘s mastermind Jonny Pettersson (of Wombbath, Heads For The Dead, and Nattravnen) is again at the controls of this sonic wrecking machine, ruining his vocal chords and performing all instruments, but is also joined on the new album by Liam Hughes of Soothsayer as a guest vocalist on “Entrenched in Nihilism”.

We should also mention that Age of the Idiot isn’t all completely in the spurting vein of the song we’re presenting today, and that Pettersson‘s amalgam of death, grind, and crust morphs into different shapes as you move through it, and you’ll get a sense of that from listening to the other four album tracks that debuted before today — all of which you can check out via the Bandcamp player beneath our own premiere stream.

Transcending Obscurity will release the album on CD and digital, along with wearable merch that takes good advantage of Turkka G. Rantanen‘s eye-catching cover art. Check out the offerings via the link below:

3 Responses to “AN NCS PREMIERE: HENRY KANE — “MY SWEET ESCAPE””