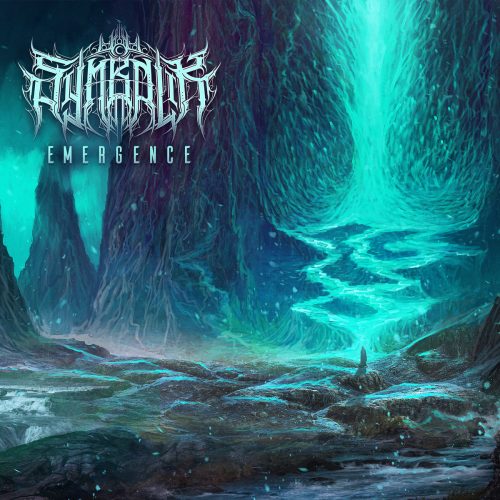 (On April 10th The Artisan Era will release the debut album of California’s Symbolik, and today we present DGR’s detailed review.)

Stockton, CA’s Symbolik are a band I’ve been following for a long time. Seeing their logo pop up on a few local show flyers way back in the early 2010s led to me finding the group’s EP Pathogenesis and being so impressed by it that I wound up seeing the band live three times after that. They were one of those groups I had thought was going to really cut a swath through the hyper-speed tech-death scene at the time, long before it had started congealing around a handful of specific record labels that would later unwittingly codify an overall sound. However, things progressed slowly in their camp and barring a single entitled “Diverging Mortal Flesh” that came out in 2015, Symbolik remained fairly silent save for the occasional here-and-there show.

It wasn’t until earlier this year, over eight and a half years after the release of their Pathogenesis EP that we finally heard from the group — now signed to The Artisan Era and ready to release a full-length debut entitled Emergence. 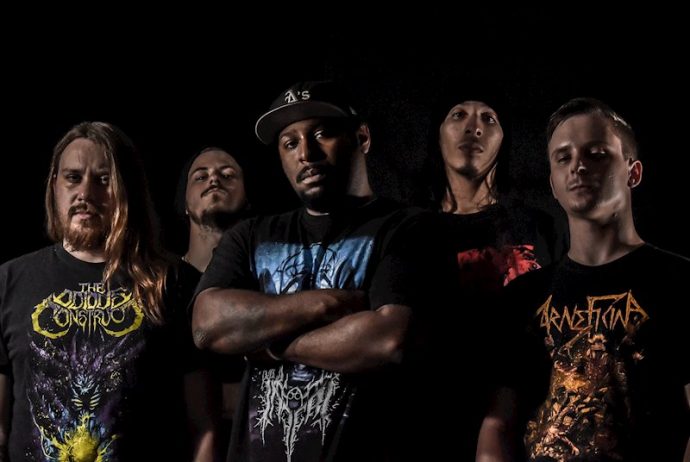 Emergence has an interesting task ahead of it because for a lot of people Emergence will be their first exposure to the band, and for others Emergence will likely seem like a soft-relaunch of Symbolik. This is a more experienced and more focused version of the band, one that despite the gaps between its releases has managed to keep up with the guitar pyrotechnics of the current tech-death scene and also absorb a large piece of it as part of their own sound. Of course, that’s likely to happen when you have an album of material that has been — as the band says — written over the better part of a decade.

Emergence is one of those cases where it is not only a blessed position but also a necessity that we’ve had some lead-up time in receiving the disc, because it may be one of the most hyperactive albums released so far this year. There’s no slow song anywhere within the album’s ten tracks and basically every song is an absolute assault on the senses on the guitar front. If you’re a guitar obsessive, you might have to listen to it based on the sheer amount of work being turned in on that front alone, and I expect a lot of reviews to focus on that because it absolutely dominates their writing style.

Vocalist Chris Blackburn often finds himself serving as a counterweight to a guitar attack that is just as percussive as anything actually coming from the group’s rhythm section. If there isn’t a giant wall of notes coming from the lead section as it deftly dances back and forth, there’s a number of odd and angular rhythms that come at such a rapid tempo that the vocals are required to be delivered at a near-breathless pace. If you’re one of those death metal fans who has been hovering around the tech-circle by marveling at the speed at which many of these groups conduct themselves, then Emergence will quickly find a place within your collection.

Musically speaking, Emergence is written as an adventure, and then tries to match that adventurousness as it explores its own genre boundaries as well. At its core, Emergence is a very high-speed tech-death album — the sort that The Artisan Era specializes in, an opposite side of the coin to Unique Leader’s more brutal-death and deathcore-leaning focus as of late — full of near non-stop blasting and Symbolik happily shredding away alongside it. Where the band seek to differentiate themselves is through a heavy usage of backing synth work — sometimes as orchestra, sometimes as just a string section, sometimes as its own electronic line, and sometimes as a more recognizable piano — and then through heavy reliance on a ton of angular rhythms and guitar sections, so that it seems like Symbolik dart around with the same frequency one might expect an insect to.

The songs are never fully on one recognizable path toward a single point — you may figure out where the end point of a song will likely be, but the path charted there is going to be all over the map. There are times where it is tempting to portray Emergence as one really breathy, long, and shrill shriek, but given its tendency to dart all over the place from one segment to the next, while draped in a variety of synths, you’d be shocked at just how fast Emergence seems to fly by despite its near-forty-minute run-time. It tends to whip past you. There were quite a few times personally when it felt like “A Tyranny In Decay” — the album’s third song – had just started with its hefty vocal intro and one blink later we were being whipped back through the opening guitar assault of Emergence’s opener.

Part of that impression can be credited to how Emergence’s last four songs are written to flow into one another, beginning at “In Servitude Of Silence” and continuing through “Souls Of Deception”, “Perceptions Of Reality” and (completing the three-word song title trilogy) “When Eternity Collapsed”, all of them together creating a block of immensely dense music — tech death run through a compactor so that all of its matter was pressed down into one cube that will give you a hernia should you attempt to lift it.

There’s so much going on within those four songs as Emergence lays out its pathway into the grandiose that it takes multiple listens to even realize you’ve hit that specific movement — as if the preceding six tracks weren’t already a relentless flood of music washing over you. If on the first few listens, you’re overwhelmed by all of it then rest assured, you likely aren’t going to be the only one. Symbolik are more than happy to tumble downhill and bring a pyroclastic flow of music with them for the entirety of Emergence. Multiple listens later and it’s easy to see Symbolik slotting into the current tech-death maelstrom; the album is a forty-minute microcosm of exactly that ideal.

It’s still exciting to hear how everything that Symbolik were already toying with on their early EP Pathogenisis and the single “Diverging Mortal Flesh” has finally coalesced into one massive release. It has now been something of a Symbolikhallmark to see how the group will adapt their breakneck-speed and lead-guitar oriented songwriting style to the world around them, with each pulse from the band not only being stuffed to the brim with either a wall of notes tumbling outwards ala ball-filled-closet-comedy-gag or a vast swath of melodic assaults with a shrill vocal delivery camped out on top of it. It is a combination of “recorded like music will never exist again” and “material built up over a tremendous amount of time”.

Every song is its own three-to-five minute Gordian knot of music. There’s a lot to untangle and discover here and Symbolik deliver it at such a high speed that it’s hard not to get bucked off and thrown into the void more than once during the first few passes through Emergence. The album could get by on sheer pyrotechnics alone but Symbolik have managed to pack a solid collection of music in as well, helping to differentiate them from their peers and making the synth-and-lead guitar battle taking place for ten songs well worth a listen.