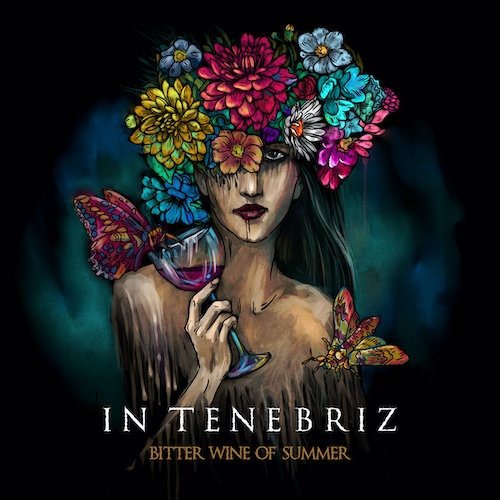 How long ago has it been since I read the great Ray Bradbury‘s Dandelion Wine? Long enough that the passage of years could be measured as a geologic epoch. And I hadn’t thought of the book in a very long time until seeing the title of the new album by In Tenebriz, Bitter Wine of Summer, and reading that the allusion to Dandelion Wine was no accident. That set my memory trolling back through the years, rekindling thoughts of that tale about the summer of two young boys in a fictional place called Green Town, and the experiences it captured of joy, sorrow, youth and old age, terror and fantasy, and the realization that death comes for us all. I re-discovered this passage from the novel, spoken from the mind of its protagonist:

“So if trolleys and runabouts and friends and near friends can go away for a while or go away forever, or rust, or fall apart or die, and if people can be murdered, and if someone like great-grandma, who was going to live forever, can die… if all of this is true… then… I, Douglas Spaulding some day, must…”

Drawing inspiration from Dandelion Wine is a rarity in the world of extreme metal (does anyone know of another instance?). The album’s cover art is, to put it mildly, also an exception. It is also connected to the music, as described by the labels who are releasing the album, but the words probably come from the man behind this Russian atmospheric black metal band: 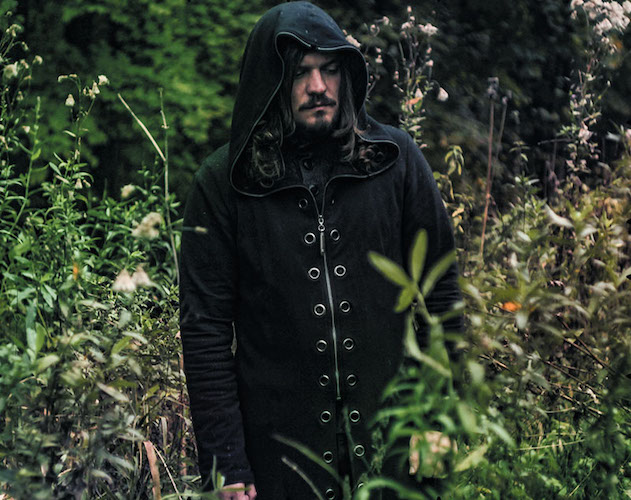 “The girl on the cover art is a collective image of summer nights filled with the stuffy aroma of flowers and the chirp of wondrous insects. The lyrical hero, having tasted all the gifts of summer – from burning heat to a thunderstorm – imperceptibly comes to the realization of the transience of time. Summer wine is sweet and easily intoxicating, but in the last sip – the bitterness of near autumn, lost hopes, unfulfilled dreams.”

The song we’re premiering today, which is the album’s title track, successfully captures these sentiments, these feelings of pleasure shadowed by the unstoppable progression of the seasons toward winter, and of life toward death.

The music is an assembly of contrasting sensations, of physical vitality and dreamlike reveries, of mystical wonder and wrenching pain. Orchestral strings and shining synths provide the overture to a crystalline guitar harmony joined by thrumming bass notes. But the contrasts arrive soon, through caustic screams and guttural roars, and abrasive riffing accented by pulsing jolts. The trilling lead guitar creates a melody that is sorrowful but alluring; the voice channels frustration, anger, and pain.

The enchantment of the soulful, ringing guitar melodies becomes the true heart of the song, a beautiful portrayal of wistfulness and yearning, of bereavement and resignation. But In Tenebriz counterbalances that with strong rhythmic drives, and layers it with the sheen of synths that create an atmosphere of panoramic grandeur.

Beginning with the Autumn Constellation album in 2015, In Tenebriz has pursued themes that use that the natural phenomena of the seasons as a way of reflecting the inner experiences of the lyrical protagonists, while drawing upon the elements of atmospheric black metal, doom, ambient music, and post-metal to give musical shape to these external changes and internal moods. Both that record and the ones that have followed have also drawn upon literary inspiratuions. We are told that Bitter Wine of Summer brings this cycle of music to its close.

The new album will be released on April 27th by GrimmDistribution and Vidar Records. For further details about the phsyical and digital editions, check the links below. And for a sign of how the album progresses, we’ve also included a stream of a previously released single, “The Birth of August“, which is the album’s penultimate song.