(The following is Mike Johnson‘s review of the new album by the Indonesian black metal band Pure Wrath, which was released on March 6th by Debemur Morti Productions.)

It is strange to think how innovation of technology has allowed us to reach anyone around the world. However it also seems to have been accompanied by a major decrease in the educational focus on the history of other countries around the globe. Being educated in America, classroom sessions regarding history only focus on major events within American history. The rest of the world’s history is glazed over for almost the entirety of the year.

Pure Wrath, however, does their part to change this with their newest release entitled The Forlorn Soldier. Hailing from Indonesia, Ryo, the sole member, offers a unique blend of Atmospheric Black Metal that has strong Winterfylleth, Saor, Panopticon, and Sojourner influences. But it is interesting for other reasons as well. 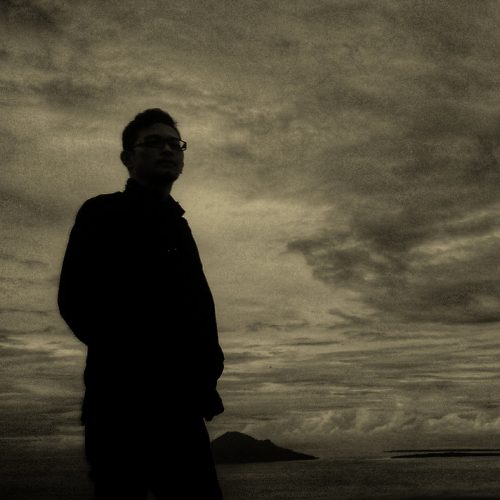 In its themes The Forlorn Soldier shifts the focus shifts from nature and isolation to times of historical turmoil. It takes the listener on a harrowing journey back into the Cold War era, shining a light upon a slice of history that has been forgotten.

The particular subject displayed in The Forlorn Soldier is the Indonesian Genocide that occurred in 1965-1966 as a result of a surge of socialist theory that sparked extreme political tension and economic hardship.

This is 27 minutes of pure despair. From the intro of “When a Great Man Dies” Pure Wrath bestow a maddening yet often melodic display of furious tremolo-picked guitars, with glimpses of symphonic keys (which become more subtle towards the second and third songs) shimmering with atmospheric passages, all while wretched vocals convey the sheer malevolence behind a tyrannical leader.

This is not only a robust display of remembrance for those who suffered in this period, but also a vicious reminder that one man’s villainous disposition and lust for power annihilated many families throughout Indonesia.

Honestly speaking, The Forlorn Soldier at first was a bit confusing, as I was not expecting the more symphonic elements to shine (especially on the first track). However after subsequent listens it just proves that Ryo continues to evolve his sound. Pure Wrath continues to push the boundaries of how to portray immense grief. Enjoy!