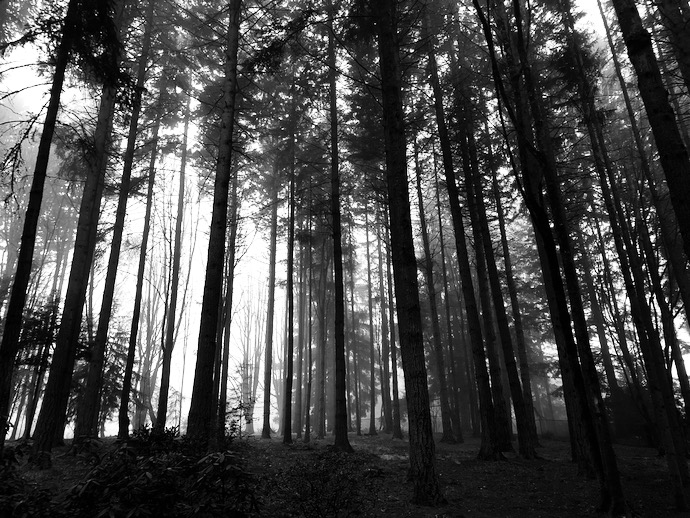 foggy morning where I live

On another Saturday three weeks ago (here) I invited visitors to our site, whether old-timers or newcomers, to talk with us and each other about what was happening to them and their communities in this time of the virus and how they were feeling about it. Time has seemed disjointed and hard to track since then, and even before then. For some people it might seem to have slowed down or sped up, but I suspect for most of us it has simply stopped, or become like a directionless soup of events.

Looking back at the previous version of this invitation three weeks ago, I thought of all the things that have changed dramatically in the outer world since then, but also how little they have changed in terms of my own daily existence, mostly bottled up here inside my home with my wife and two cat-children. On the other hand, I can’t say I’ve successfully adapted to this strange new world of isolation and invisible threat. I think others have done a good job of adapting, and others have gone steeply downhill. But I suspect that even the most naturally reclusive types have missed human contact — real face-to-face contact.

We are social animals, and swapping stories over the internet isn’t really an adequate substitute for the physical interaction that’s gone missing. But it may be therapeutic at some level, and entertaining at another one (the previous version of this post certainly generated a lot of interesting comments), and so I’d like to repeat what I did three weeks ago and invite whoever happens to encounter this post to do some sharing of their lives and thoughts. The suggestions are the same as before: 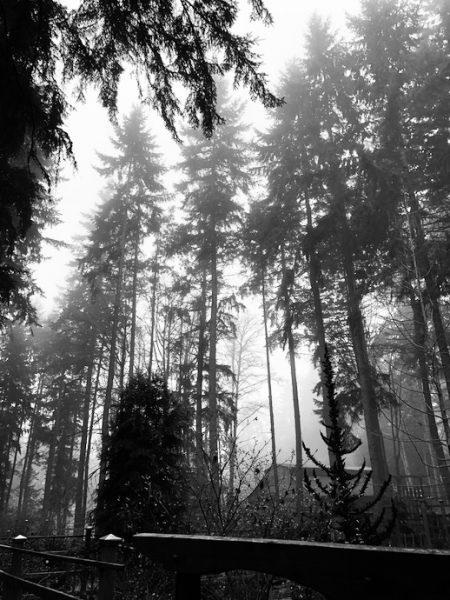 If you feel like it, tell us what has been happening to you in recent weeks. What’s now happening in the community where you live? Are you shut in or still moving around? Are you out of work or still working, at home or in a publicly accessible location that’s deemed essential and is still open?

And how do you feel about the current situation? Are you in trouble or adjusting? How are you spending new-found free time? If you’ve found any new metal that’s helping you get by, feel free to share that too.

As before, I’ll start things off.

Three weeks ago, according to a running tally by Johns Hopkins University in the U.S., more than 275,000 cases of Covid-19 had been confirmed globally, including over 11,000 deaths. As of yesterday, the same source reported that global confirmed cases are now greater than 1.6 million and deaths have topped 100,000. In the U.S. alone, there are now more than 500,000 confirmed cases and 18,586 deaths, an enormous increase from three weeks ago (and those numbers understate the reality, because virus-related deaths aren’t always always ascribed to the virus and because testing is still ridiculously inadequate).

In Washington State where I live the data is showing that the state’s early and aggressive efforts to impose social distancing and shut down businesses is producing positive effects on the rate of infection. Nevertheless, our Governor stated yesterday that he may still need to extend his emergency shutdown order past its May 5 expiration date (he has already ordered that all public and private K-12 schools are to remain closed for the remainder of the academic year).

I can’t precisely remember when I started staying at home except for occasional trips to the grocery store or the pet store. The governor’s emergency shutdown order was first issued on March 15th (and later extended). That was preceded by some restrictions on the size of social gatherings (which were later restricted in size even more dramatically). But in looking back through some work e-mails, I’m pretty sure that my own last day in the office where I work was March 6th. Not long after that, there wasn’t much going on in the little community across the water from Seattle where I live anyway, so I’ve been in near-total isolation at home for 36 days already. By May 5th, when the emergency order might be lifted or loosened — and I emphasize MIGHT — I will have been shut in for two months and two days.

I can’t even wrap my head around that. It’s even more depressing to contemplate that even if the emergency order expires on May 5th and isn’t extended before then, things aren’t suddenly going to return to normal. As long as there is still risk of infection and inadequacy of testing, I think many businesses (including the place where I work) will not require people to return, and many people will remain hesitant to resume normal social intercourse (much less intercourse of the other kind). Around here at least, gloves and masks will remain ubiquitous, and if businesses and social gatherings resume, it will happen VERY slowly. Many businesses won’t re-open at all, because the shut-down will have permanently killed them.

All of which is to say that I and others in my community are looking at continued isolation lasting deep into May and probably into June or even July. I have no idea how I’ll manage that mentally and emotionally. At least I’m not broke, I still have a job, we don’t have human children in the house, and I haven’t historically suffered from depression. One or more of those things isn’t true for lots of my friends. As much trouble as I have envisioning what my own life will be like a month or two from now, I can’t even imagine what it’s like for those people right now, much less that far down the road. 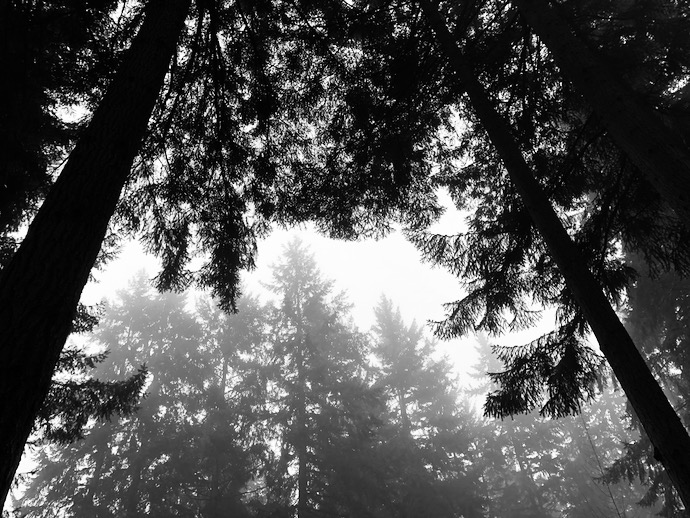 As for how I pass the days, my one unbending routine is NCS. It has forced me to wake up early and to go to bed at a reasonable hour. I and the other people who write for the site haven’t slowed down — we’re still posting stuff at the same daily and weekly rate as before. Maybe it’s like a life preserver that we’re still clinging to, or maybe we’re just compulsive personalities who hate the idea of interrupting our 9+ years of activity just because of some fucking pandemic.

So, I get up early, write and edit stuff, surf the web looking for new music, wade through the hundreds of e-mails that are still arriving every day in the NCS virtual mailbox, and spend time listening to new metal. Some days I drift away from NCS activities after lunch. Most days I continue messing with it off and on during the afternoons, interspersed among conversations with my wife and our cats (those cats are very affectionate, to the point of being needy), and time spent watching her put giant jigsaw puzzles together while the cats complicate the effort. At night I tend to drink and watch something on the TV with my housemates.

I’m definitely drinking too much, and becoming less careful about what I eat, and gaining weight. The weather here has been glorious lately, and I’ve been going outside more, but just slowly wandering rather than vigorously walking, and that’s the only exercise I’m getting so far (it’s so slothlike that I don’t even really count that as exercise). Got to do something to get my shit together soon, but still don’t have the willpower for it. My brother in Texas, who is keeping fit, gently harangues me about how exercise will improve my mood and outlook, but I’m still not there yet.

I’ve been enjoying Zoom group chats with family and friends, both metalheads and co-workers. They’re up to 3 or 4 a week now. But paradoxically, as much fun as those are, they often leave me feeling down-hearted, because it’s just not the same as what we all used to do. In fact, it’s a vivid reminder that THINGS ARE NOT THE SAME, and just makes me miss all those people all the more.

We still make trips to the local grocery store and pet store. The grocery store trips used to be like a welcome adventure — the adventure of human contact!!! Now it’s just weird, and depressing. All the customers at the grocery store (and there aren’t a lot of them) are now gloved and masked, as are the workers, and everyone moves warily around each other in the aisles, not wanting to get too close. Plexiglass screens separate us from the people ringing up our purchases. The staff is constantly disinfecting things that people touch. At the pet store, they want you to call ahead so they can bring your purchases out to your car instead of letting you inside. 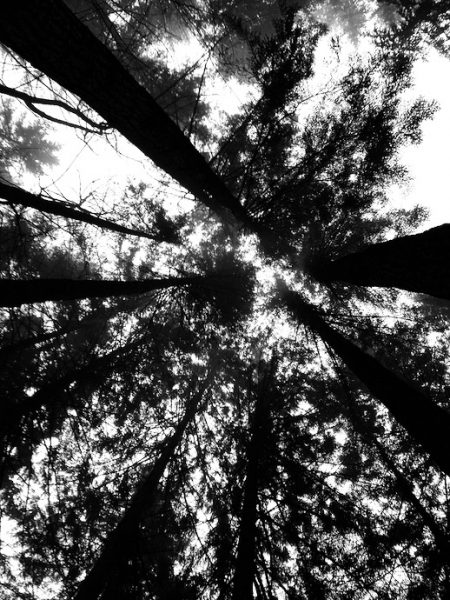 Heavy music is still a welcome distraction, although I think things will soon change. At least for label output, when the virus hit there was a pipeline of records that had already been fully completed, awaiting release. Some of those are getting postponed. At some point the pipeline will begin to run dry, because I assume that bands who are used to recording in studios and writing music in practice and rehearsal sessions won’t be doing that. It also seems that the process of manufacturing physical releases has slowed down, and maybe people won’t be able to spend money like they used to on physical editions, because they don’t have the money to spend that way.

Of course the pipeline won’t run completely dry. Tracks can still be recorded by performers in isolation with home equipment and then shared, and mixing and mastering isn’t an endeavor that requires groups of people getting together physically. And there will always be one-man black metal bands who won’t notice any change at all.

I don’t know when live gigs and tours will resume, or when people will feel confident enough to turn out for them. I’m so anxious for those days that I can hardly stand it. There will be some blow-outs for sure, all this pent-up energy and desire given an outlet. But no one should be even slightly holding their breath for this to happen. It won’t happen soon. Maybe by the fall?

Well, I think I’ll stop. These musings have already gone on much longer than I originally intended. Even just writing this has helped me. Maybe it will encourage you to share your experiences and thoughts in the Comments. I hope so!

P.S. If you need some fun, this is some fun:

41 Responses to “STAYING IN TOUCH (WHILE STILL NOT TOUCHING)”